Given how successful Dragon Quest Builders was it’s no surprise Square Enix has greenlit a sequel for both PS4 and Nintendo Switch, and now we have even more details via the latest issue of Weekly Jump.

A scan of the pertinent page has been translated by Gematsu, who relay that the game’s subtitle is the typically wordy “The God of Destruction Malroth and the Vacant Island”. While there’s no confirmation, Weekly Jump points out that Malroth was previously mentioned in Dragon Quest II. Considering the first Builders game liberally borrowed from the first Dragon Quest’s lore, it’d make sense. 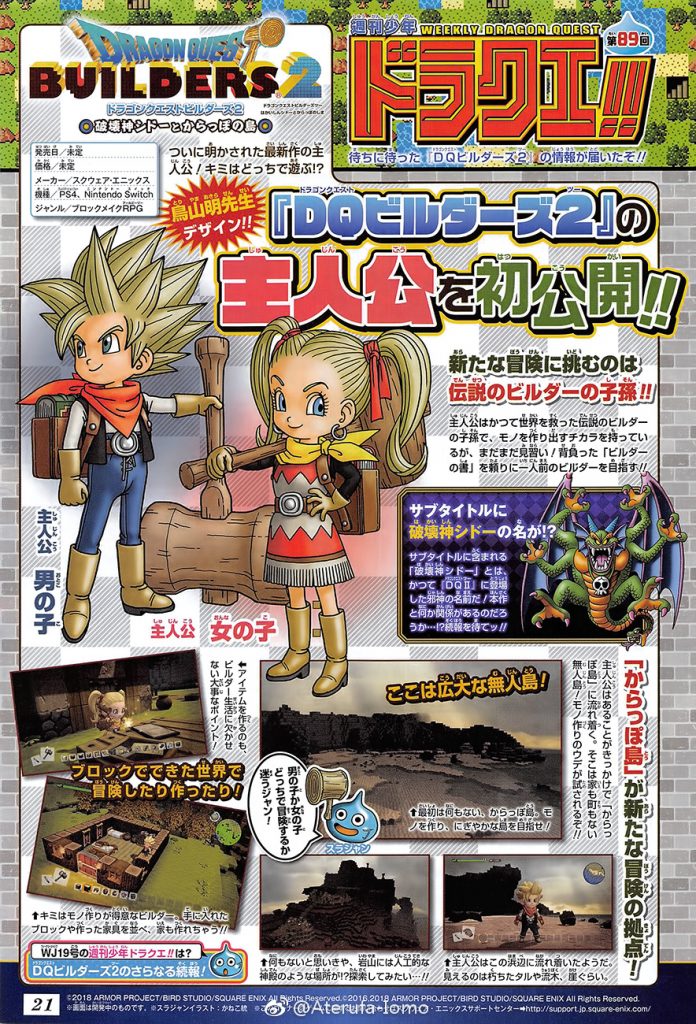 We also get a look at the protagonist designs, with the player being able to pick their gender at the start of the game, and it’s revealed that they’re the descendant of the “legendary builder that once saved the world.” They wash ashore on Vacant Island, which is fittingly barren aside from a man-made temple, and set about building facilities and exploring the new world.

Dragon Quest Builders 2 is in development for a Japanese release on PS4 and Nintendo Switch. A western release has yet to be confirmed.