It appears as though the information provided in the recent issue of Famitsu was incorrect, as the release date for the upcoming Fire Emblem Warriors’ Awakening DLC is actually taking place on March 29th in Japan — not March 22nd as initially stated.

The official Japanese website for the game launched today and provided new information on the matter. When it comes to the local release in North America, we’ll most likely see the DLC hit the Switch and 3DS late on March 28th sometime.

Along with the expected DLC, the video capture feature will be available with the 1.5.0 update.

We’ll make sure to update you with any other tidbits as they’re made available, so stay tuned.

The final batch of Fire Emblem Warriors’ first season DLC, focusing on Fire Emblem Awakening, has finally been shown off in Famitsu.

For the first time we catch glimpses of new playable characters Owain, Tharja, and Olivia, casually murdering flocks of enemies in typical Warriors fashion. We also spot some new outfits — Cordelia appears in Dark Flier gear, Lissa is all dressed up as her sister Emmeryn, and Chrom dons kingly attire based on one of his many FE Cipher cards. They’ll all come with the usual allotment of History Mode maps, as well as new blessings and weapon skills. 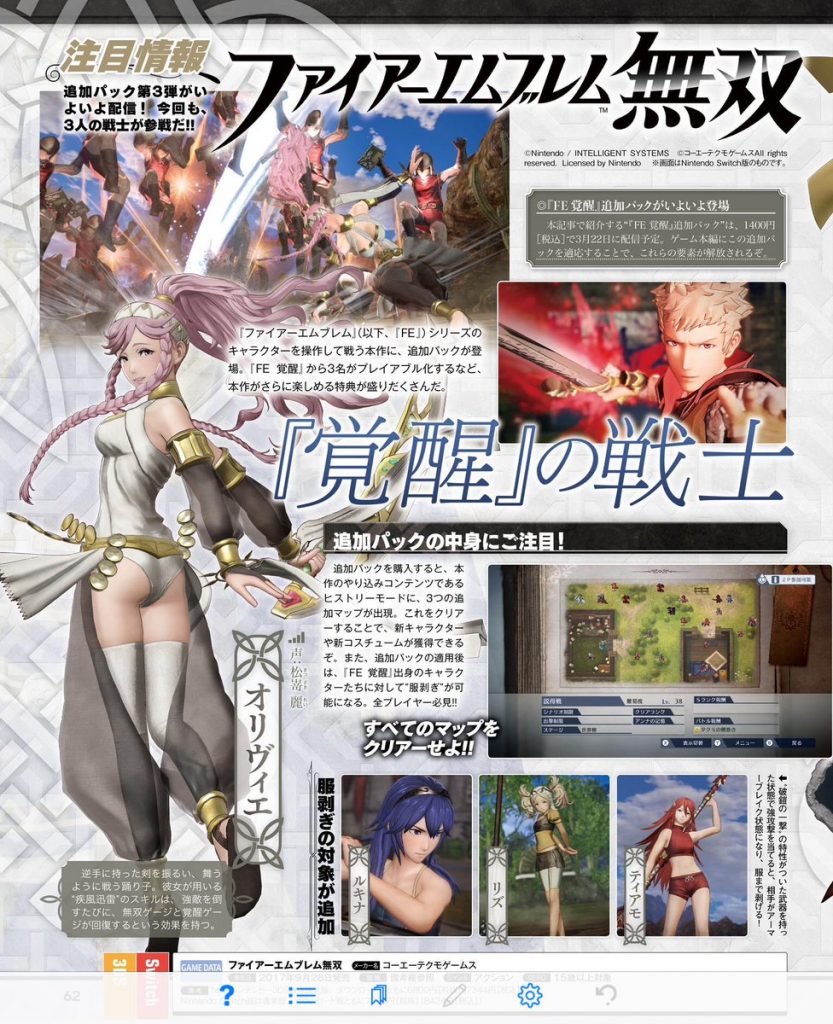 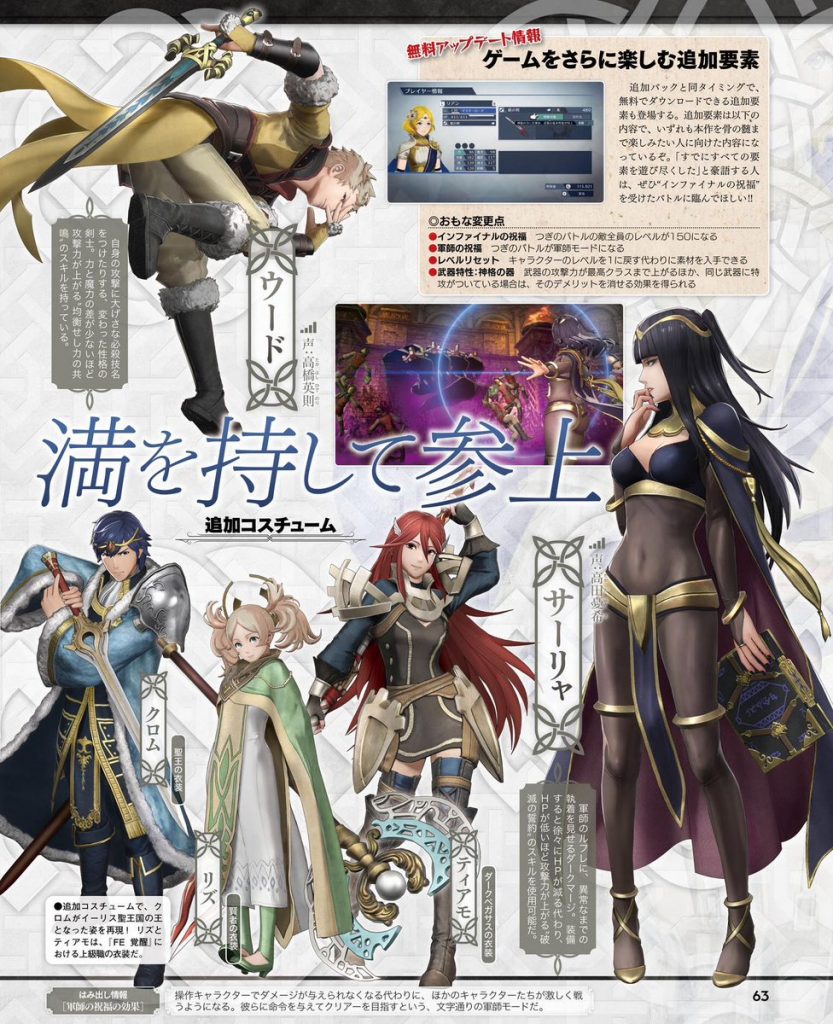 Fortunately, we won’t have to wait long for the DLC to drop — Famitsu lists the release date as March 22nd, which is today in Japan. That means that the content will likely be available within 24 hours. Stay wired for confirmation of when the DLC releases sometime today or tomorrow.