Nerial and Devolver Digital’s Reigns and Reigns Her Majesty are coming together for the Switch in one big package appropriately titled Reigns: Kings & Queens.

Announced during today’s Nindies Showcase, the game puts you in charge as a “monarch of the modern age.” As ruler, it’s up to you to face a never ending barrage of requests from all manner of people, including allies, enemies, and even the lowly peasants of your kingdom. In these interactions, you’ll be making choices that affect the kingdom’s future, and your own, and you may find yourself being overthrown or killed by factions with influence. 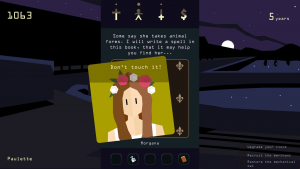 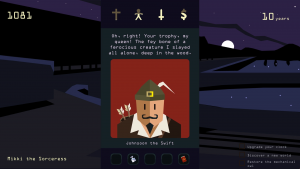 The main goal of the game then, as you may have guessed, is to outlast those who try to overpower you or your family through careful and witty decision-making.

Lastly, exclusive to the Switch version of the game is co-op decision-making, which will allow your friends and you to agree together or duke it out for what option you think is best.

Reigns: Kings & Queens will be available for Switch this spring!