Kirby Star Allies will be in all our hands next week, and it’s all about getting a helping hand. Who better to lend it than a few familiar faces from the series? It’s been confirmed now that King Dedede, Meta Knight, and Bandana Dee will all be playable helpers called “Dream Friends.”

It sounds like they’ll have their own, special stages called Dream Palaces to play through to unlock them, and their movesets look to be on point and reminiscent of their appearances in Return to Dream Land. They won’t be the only ones though, as free post-launch DLC will bring more Dream Friends to the game. Bandana Dee is particularly notable, as Spear hasn’t been confirmed for the game in any way. Way to stand out! 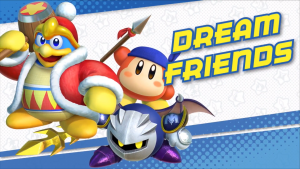 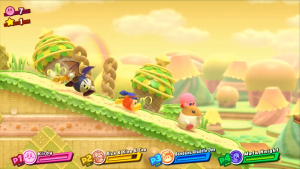 The first batch of these will be bringing along Rick, Coo, and Kine as a single “character,” Marx, and Gooey: all welcome and loved additions for Kirby fans! They look wonderful and are full of callbacks to their debut games, and open the door for more additions in the future.

You’ll be able to grab them yourselves starting March 28th, after you pick up your copy of Star Allies next Friday.