Next North American, European Splatfest asks age-old question, ‘The chicken or the egg?’

The next North American and European Splatfest has been announced, pitting Team Chicken against Team Egg in a battle that will surely determine the end of the long-asked question, “Which came first: the chicken or the egg?” 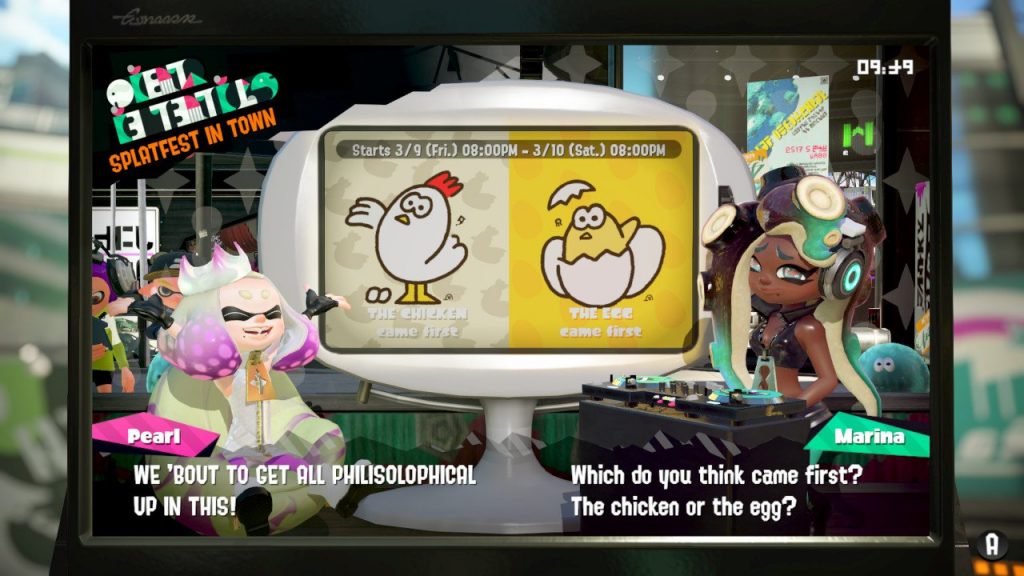 Splatfest is a special, day-long Splatoon 2 event in which two competing teams battle it out in games of Turf Wars.

At the end of the clash, a winning team is determined through popularity polling and number of wins, with all participating players receiving Super Sea Snails as prizes based on their performance and team selection.

Which team will you be splatting for? Let us know in the comments!