The latest issue of Weekly Jump has arrived and revealed the content-rich Naruto Shippuden: Ultimate Ninja Storm Trilogy is making its way to the Nintendo Switch in Japan. Gematsu confirms that the port will feature the three Ultimate Ninja Storm titles and all their respective DLCs. 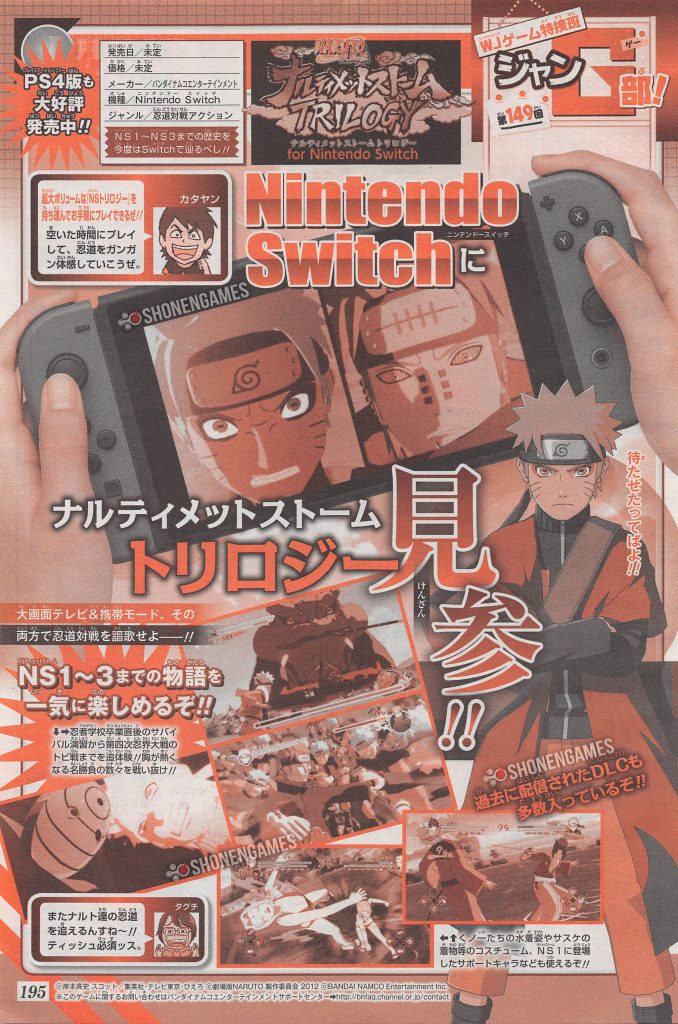 With dozens of playable characters from the popular manga and anime franchise, the Ninja Storm games are the very definition of fan-service.

Hopefully we’ll learn of a western localization from publisher Bandai Namco soon. Considering the trilogy is already translated, and sold incredibly well overseas, it seems like a given.