Waddle Dee getting a whole collection of costumed goods

Lately it’s felt like it’s all about Kirby in Japan. A new store event or batch of goods comes out every month or so, and Star Allies is just a few weeks away. Don’t get me wrong now, I absolutely love this and have spent way too much money on it the last year and a half or so. But Pop Star’s a big place, and it’s about time another Dream Land denizen get their due.

Who better to take up the task of moving merch than Waddle Dee? King Dedede’s beleaguered henchblobs have always looked similar enough to Kirby and there’s something oh-so-endearing about the way they carry themselves. It almost makes you feel bad for knocking them around or stealing their Parasols, doesn’t it? So now they get their own line of merch to make up for the years of abuse from all sides! 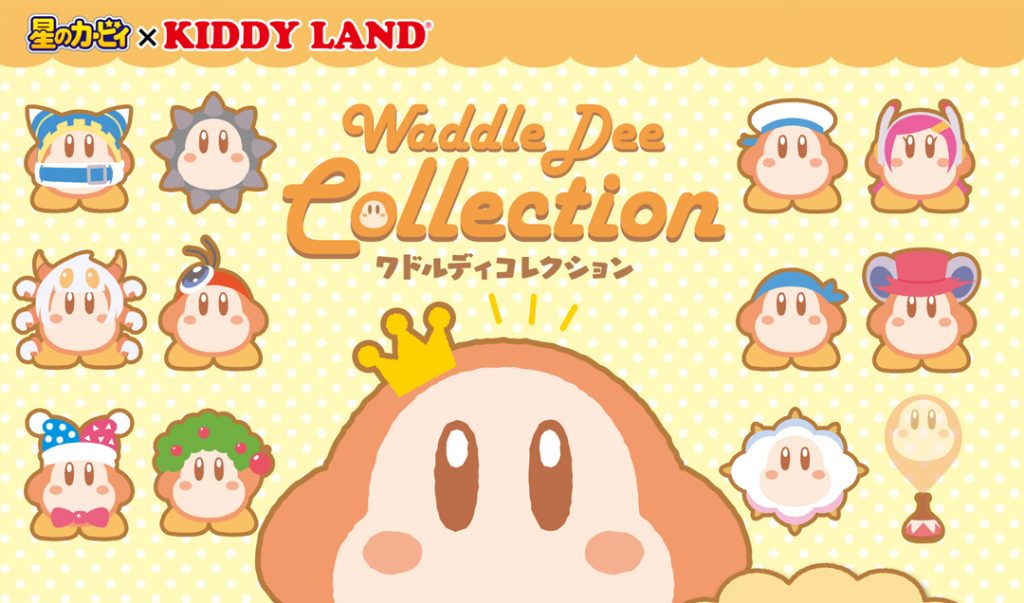 First thing’s first, putting a hat on a Waddle Dee makes it instantly iconic. Just ask Bandana Dee, who graduated to playable in Kirby’s Return to Dream Land. Now a whole bunch of Dees are dressing up as other characters, like Whispy Woods, Kracko, Daroach, and even Susie. No matter which side you’re on when it comes to Marx versus Magalor, there’s no denying that both make a pretty good Dee.

From February 10th to March 1st, merchandise featuring these will be sold in Kiddy Land stores in Japan. There’s a box of chocolates, shirts and bags, acrylic charms and more. Longtime Kirby fans can also grab postcards of Kirby villains, and by making purchases of a certain amount, Waddle Dee coasters will be given as presents. 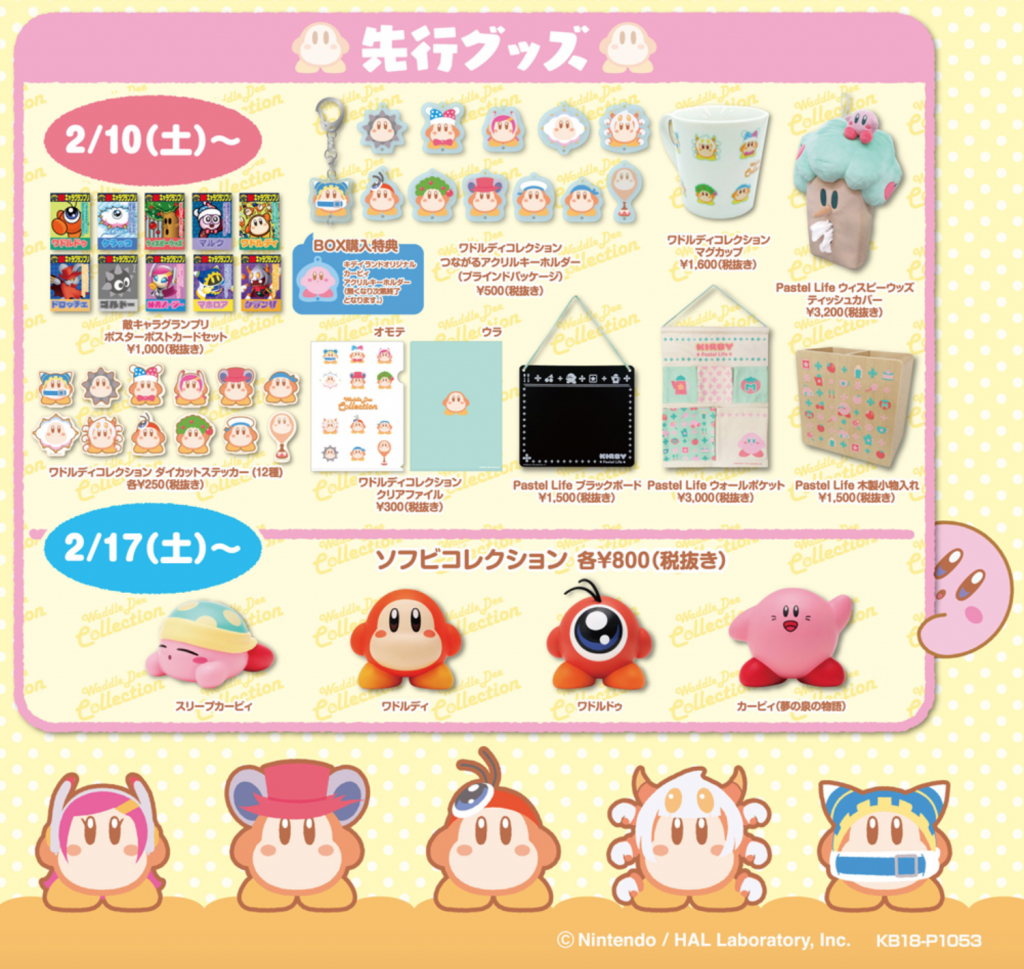 It’s nice to see Waddle Dee get his due, with all these cute collectibles making the wait for Kirby Star Allies just a little more bearable.