Brawlout is getting the physical release treatment according to the game’s developer, Angry Mob Games. The Smash Bros.-like brawler was originally released digitally on the Nintendo Switch back in December of last year to mixed acclaim, and the physical edition will be hitting store shelves in May.

While we wait for May to come around, get a glimpse of the game’s packaging and check out the full press release: 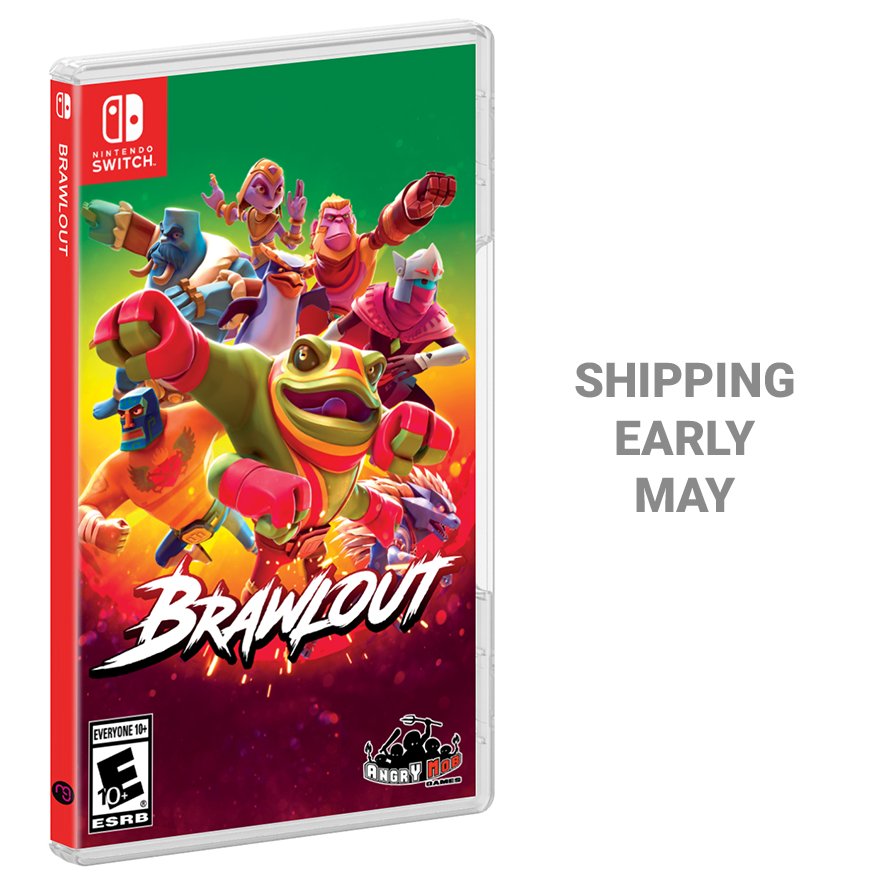 “We are delighted to have teamed-up with Angry Mob Games. Brawlout is an awesome title and partnering with Angry Mob Games has been a great experience. We believe Brawlout on the Switch will be warmly welcomed by retailers and fans alike.” – Merge Games managing director Luke Keighran

“Brawlout had such an amazing reception on Nintendo Switch, with a dedicated community of over 80K players in its first month alone. It’s impressive, and humbling, to see people throw themselves so wholeheartedly into Brawlout and we hope to cater to even more types of gamers with the physical release!”