Springtron, Kid Cobra to face off in ARMS Party Crash #5

Party Crash #5, “Innovative Metal,” has been announced for ARMS, pitting characters Springtron and Kid Cobra against each other. 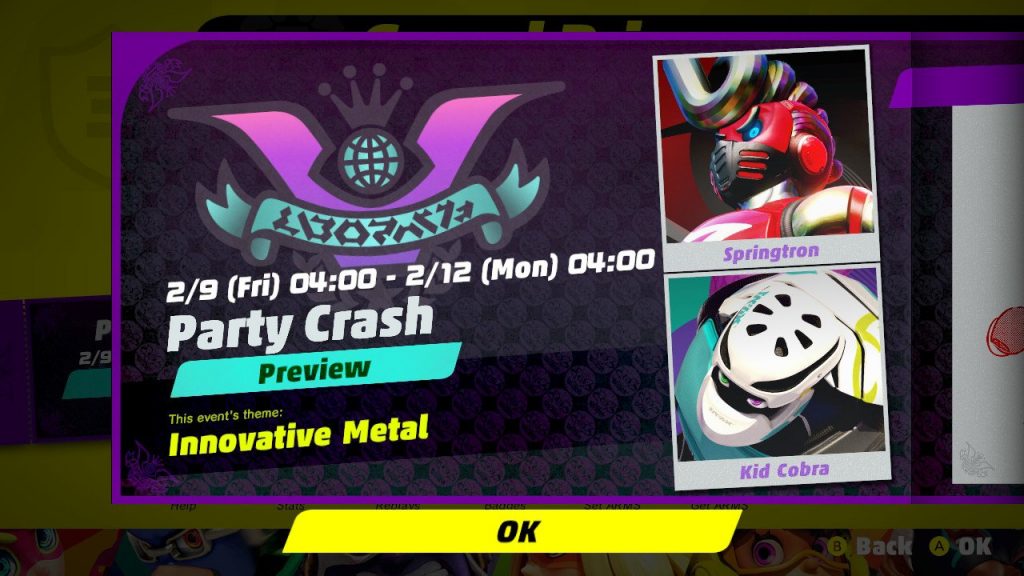 Now a semi-regular event for ARMS, Party Crash takes over its Party Match mode for several days and provides fast-paced fights with different rules (Bonus Events) that change on five to 10-minute intervals.

Players are also given a “Lab Level” rank, which increases with each match played, with extra points given during Bonus Events or if featured characters (in this case, Springtron and Kid Cobra) are used.

At the end of the Party Crash, badges will be given out based on the Lab Level players have achieved, with “badges inspired by the featured fighters” awarded at “milestone levels.”