Despite effectively being a tablet very few Nintendo Switch games use touch controls, let alone solely rely on them. That didn’t stop Voez, however, which was one of the very first titles to hit the Switch eShop. The frantic rhythm game that we gave a glowing review back at launch has seen many updates since release but this latest patch has the potential to significantly change the game.

That’s right, ten months after release Voez now supports controllers and thus can be played on a TV. The game simply expects you to tap buttons and swipe the analog stick as notes hit the bottom of the screen. As a result the game is a bit easier, seeing as it originally expected you to frantically move your fingers across a large area, but it might present its own challenges to those used to the current set up. 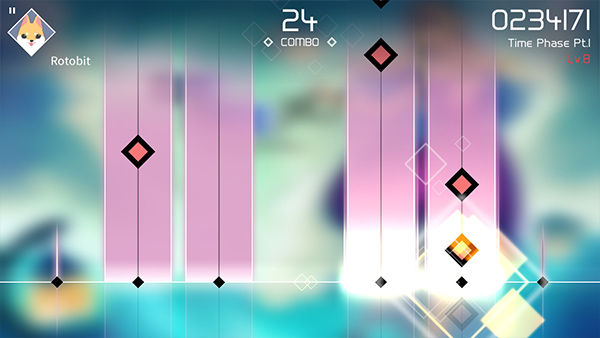 You can download this new Voez update now so be sure to give it a try.