Earlier this week, Nintendo President Tatsumi Kimishima revealed the Switch’s second year on the market would be “crucial,” specifically citing the need to appeal to a wider audience. It looks like we’re going to get our first look at this new initiative sooner than expected.

Nintendo’s UK and Japanese sites have updated with a planned announcement later today for a new experience “specially crafted for kids and those who are kids at heart.” Nintendo of America’s Facebook page also confirms the video/livestream will air at 2 p.m. PT or 5 p.m. ET. 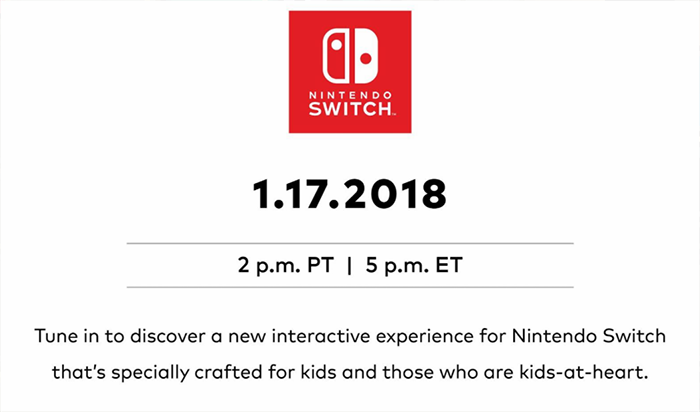 We’ll be sure to bring coverage as it happens!