Lola Pop, Misango to square off in next ARMS Party Crash

Party Crash #4 — titled “New Face-Off” — has been announced for ARMS, pitting characters Lola Pop and Misango against each other. 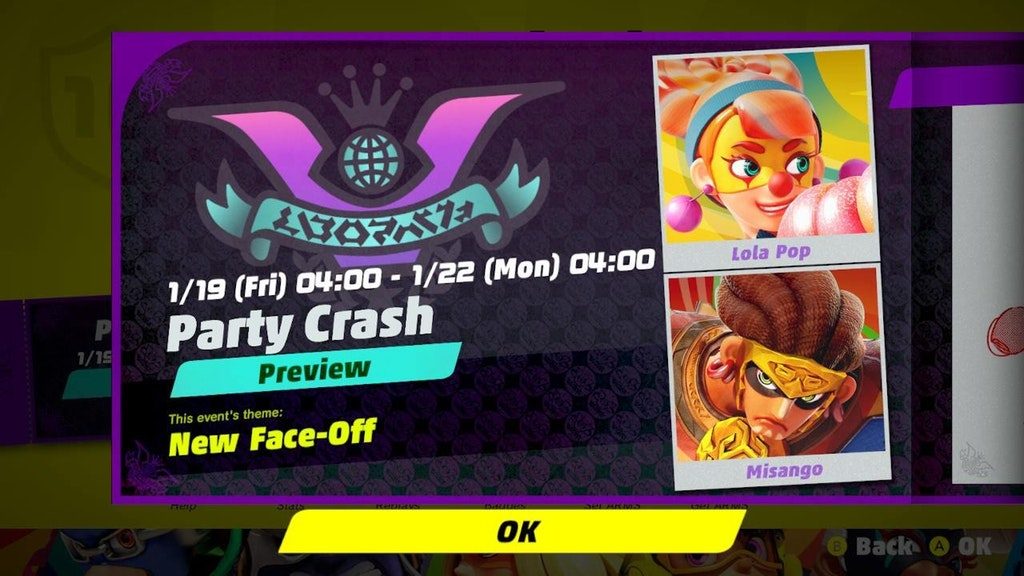 Now a semi-regular event for ARMS, Party Crash takes over its Party Match mode for several days and provides fast-paced fights with different rules (Bonus Events) that change on five to 10-minute intervals.

Players are also given a “Lab Level” rank, which increases with each match played, with extra points given during Bonus Events or if featured characters (in this case, Lola Pop and Misango) are used.