In the Nintendo Direct Mini that was released today, we got the first look at SNK Heroines: Tag Team Frenzy for the Switch. SNK, makers of the long-running King of Fighters series of fighting games, have made an all-female fighter before in the form of SNK Gals’ Fighter on the New Geo Pocket Color. 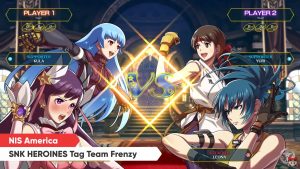 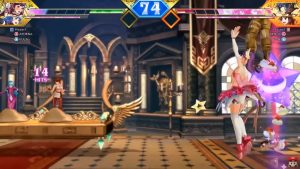 We’re given a small look at the game in the Direct and it appears that many special attacks can be performed with just one button. Numerous items are shown, both usable ones during a match and many customizable outfits and effects that can be added to the characters throughout the game. It appears matches are won by performing a Dream Finish technique when your opponent is low on health. The game will have 14 characters and will support four players online or locally.

The game is currently slated for a Summer 2018 launch. You can check out a trailer for the game by skipping to 7:41:00 in the video below.