Completing Donkey Kong Country: Tropical Freeze is still one of my proudest Wii U memories, and the game more than deserves a replay every now and then. The frigid fun of a frozen over DK Island is about to get even easier to jump into (and through) now, as it’s officially coming to the Switch with one of the most requested members of the Crew along for the ride.

The whole game is fully intact based on what we’ve seen and heard, with all the Switch additions suiting it really well. Unless you played a lot of Mario Kart Wii online, the part that probably got you most excited was the long, overdue return of Funky Kong! This chill surfer cousin brings his board everywhere, letting him pull off moves the other Kongs can’t even dream of. 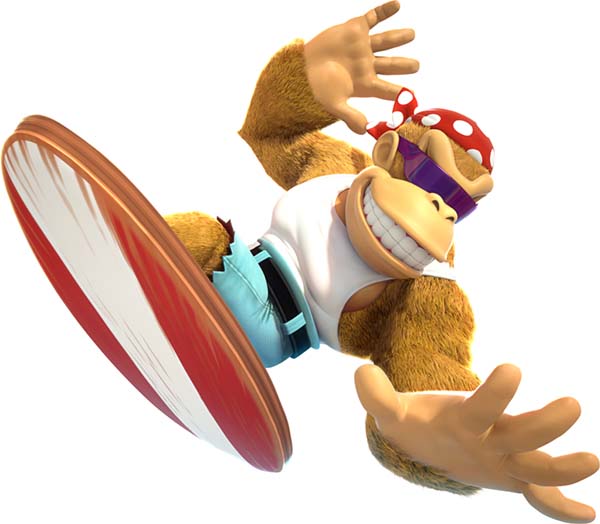 Floating over pits? No problem for Funky. Spikes? Surf right over! Rolling nonstop? Nothing he can’t do. Comfortable in the water? He was practically raised in the stuff! Seriously, it looks like Funky is along to serve as an easier character to play as to make the platforming not so challenging. Even if you’re not so fond of these kinds of modes, it’s worth it to have Funky Kong on the box art and back in action!

You can ride the Funky wave when Tropical Freeze comes to the Switch starting May 4th.