Brigade was funded at about $100,000 on Kickstarter way back in 2014. Since then, the game was picked up by Adult Swim Games for publishing. It combines several wonderful influences and genres that taste even better together: hand-drawn Ghibli-esque art, RPG systems, Dungeons and Dragons creatures and races, hack-and-slash combat, match-3 puzzle gameplay and, of course, a heavy helping of Iron Chef. These ingredients form a dish that’s as memorable as it is surprising.

Battle Chef Brigade takes place in a fictional world where, hundreds of years ago, people were terrorized by monsters and had very little to eat. A king and a chef worked together to teach the people how to properly fight, cook and eat the monsters, leading to the creation of the Battle Chef Brigade. In order to enter the Brigade, chefs from around the world must enter a tournament and defeat their opponents in Iron Chef-style cookoffs.

You play as Mina Han, a young woman from a small village who has big dreams of joining the Brigade, much to the dismay of her restaurateur parents. She decides to sneak away to the capital and enter the tournament on her own. While there, she meets a truly delightful assortment of characters, from a huge teddy bear of an orc named Thrash to a grumpy, pipe-smoking dwarf named Cezar. All of the characters feel fleshed out, even if given little screen time. They all come from different places and have different backstories and abilities — and, even if we don’t see them, it’s hard not to imagine what cool things the little girl with the giant teapot golem can do. 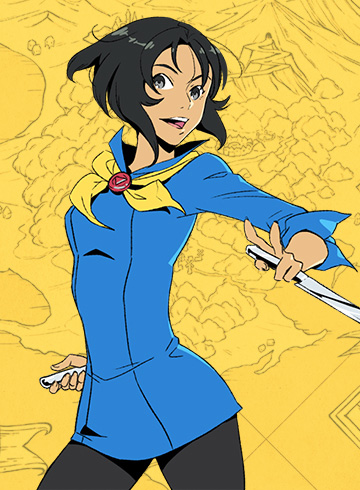 The story follows Mina on her journey through the tournament in a day-to-day structure. For the most part, she wakes up in her hotel room run by a nearsighted dwarf and can walk around a small section of the capital where she can talk to people, buy things from the shop and perform three daily tasks. First is helping a kind scientist named Belchior solve cooking puzzles to develop an ambrosia formula. The second is working in a restaurant with a spunky dwarf woman named Pontida to serve as many dishes as quickly as possible. The third is performing hunting missions for the game’s best character: Thorn, the cranky, perpetually hungover orc woman. These tasks are always accompanied by new, fully-voiced scenes of character interaction, thereby never making them feel like a chore. I always loved to see these teachers working with Mina (especially Thorn).

The main hook of the game comes from cooking competitions against other tournament contenders. These have all the pomp and circumstance of an early-90’s episode of Iron Chef, complete with a Chairman with a flamboyant cape. Each cooking contest has one to three judges, each with their own taste preferences, and a theme ingredient. You gather ingredients by exiting the kitchen into an arena full of plants and monsters, where you hunt them for their meat. Later on in the game, a blight is introduced that makes some of the ingredients more poisonous or bony, requiring more care and finesse to prepare well.

There’s a lot more to talk about here, so I’ll get to more about the gameplay later.

Overall, the game’s structure is extremely enjoyable. The daily routine setup allows for lots of great moments, like Mina’s habit of sleeping in too late, or catching Belchior in the middle of trying to herd his many cats. The world also treats its themes and subjects with dignity. Even though the idea of a chef army that cooks monsters is ridiculous (and somehow totally rad), the game never treats it as a joke. Joining the Brigade is this world’s top honor, and the developers put a lot of love into creating a story that makes the organization believable and respectable.

The tender, marbled meat of Battle Chef Brigade comes from the cooking competitions. As I said before, they’re almost identical in structure to an Iron Chef match: competitors have one theme ingredient that must be included in their dishes. There are one to three judges who each request a combination of Fire, Water or Earth elements. Once the match begins, players have a set amount of time to enter the arena — which is themed after a forest, cave or mountaintop — and hunt for ingredients. After gathering ingredients, players cook them together in the kitchen to make one dish for each judge. Dishes must be served in front of a judge before time runs out. After that, the competitors are graded on how well they matched the theme ingredient with the requested elements. 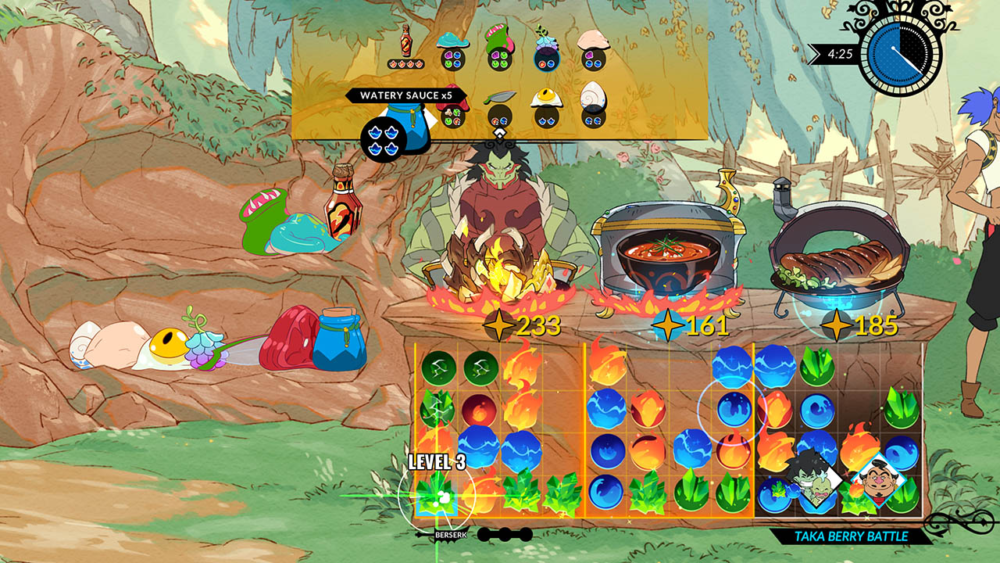 The hunting portion consists of a side-scrolling hack-and-slash. Mina can run, jump, attack in all sorts of directions, dodge and use some magic. Most monsters fight back, and losing all of your health causes you to drop your held ingredients and lose 30 seconds of precious cooking time. The action gameplay is very enjoyable, although not incredibly deep. Monsters range from harmless birds to dragons and hydras that take a lot of fancy footwork to fight. The few spells Mina has give her the ability to throw daggers, summon a whirlwind and blink behind enemies. If the developers make a sequel (please, please, please), I’d like to see this section of the game fleshed out further with more spells, attacks and weapons. Without getting into spoilers, I want to note that late in the game there’s a change that drastically alters the hunting segments — but for the most part, they have a consistent moveset.

The cooking in Brigade takes the form of a color matching puzzle game. Each ingredient consists of red, blue and green orbs that, when matched in a line of three, create one stronger orb of that color, up to a level three orb. The goal is to load your dish with as many level three orbs of that judge’s requested elements as possible, all while being sure to include the theme ingredient.

The real trick to getting higher scores in the game, especially in the very difficult later battles with multiple judges, requires use of a vast array of items and equipment. Some influence Mina’s hunting abilities, such as giving a double jump or allowing her to carry more ingredients, while others give you access to a small dose of sauces or other ingredients that could help you while cooking. There are also items that give bonus points for completing difficult objectives, like using every cut of meat from the theme ingredient or only using vegetables in a dish. On top of that, you can have three pieces of cookware. Various pots and pans give different bonuses, like only having to match two fire gems to upgrade them, or my favorite, a slow-cooker that gradually upgrades gems on its own, so while you’re hunting you can SET IT AND… (audience) “FORGET IT!” 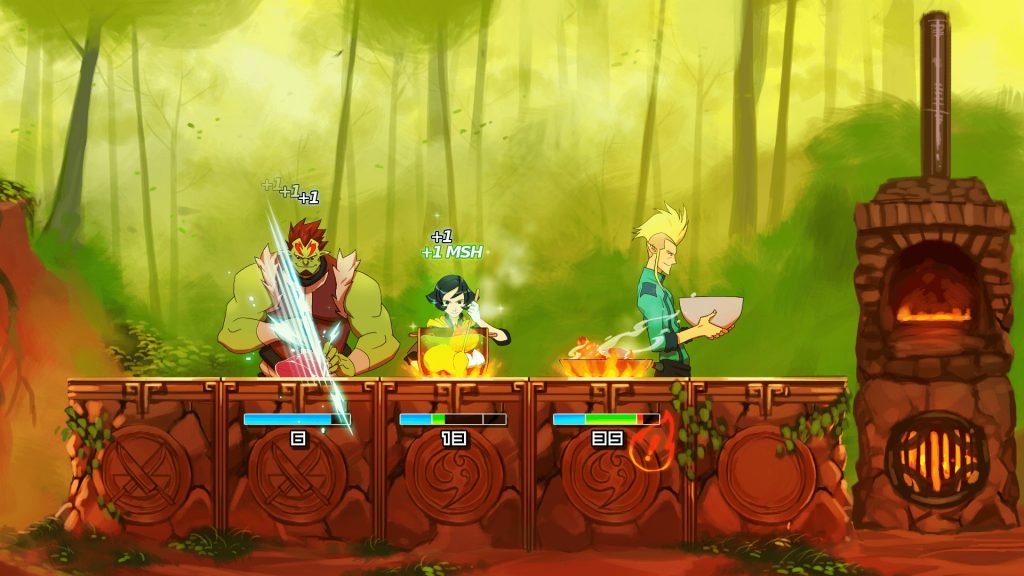 This all sounds a bit of overwhelming, and sometimes it can be. The later stages are very difficult, but not in a bad way. It’s continuously fun to combine the different ingredients and see what dish you end up with, and there’s a delightful risk/reward system put in place by the game’s structure. Most of my matches ended with me placing my final dish in front of the judges with less than ten seconds left on the clock. The matches always feel intense and challenging, and I adore the very idea of combining all of these different concepts and gameplay systems into such a cohesive package.

Right from the start, Battle Chef Brigade feels much more polished than an indie game that raised $100,000 would normally be. Every cutscene is fully voice acted, and the mind-numbing amount of hand-drawn art is something to be commended. The voice acting, overall, is wonderful. A couple of characters’ voices are, at worst, unmemorable, but some, like Thorn and Mina herself, are standouts. The music is nice, but perhaps not as strong as it could be. Nothing offensive, but nothing is completely stellar either.

The art is truly remarkable. While there are very limited amounts of actual animation (that is, sprites that move from frame-to-frame), the team has instead given most of the cast dozens and dozens of emotive poses and expressions. The characters really shine through in their body language, and their designs are, across the board, memorable and unique. I love just about every character they created for this world. In a theoretical sequel, I would definitely like to see more animations, including animated cutscenes — even so, the vibrant, colorful character art combined with the soft, painterly backgrounds allow the game’s world to wash over you like a delightful storybook. 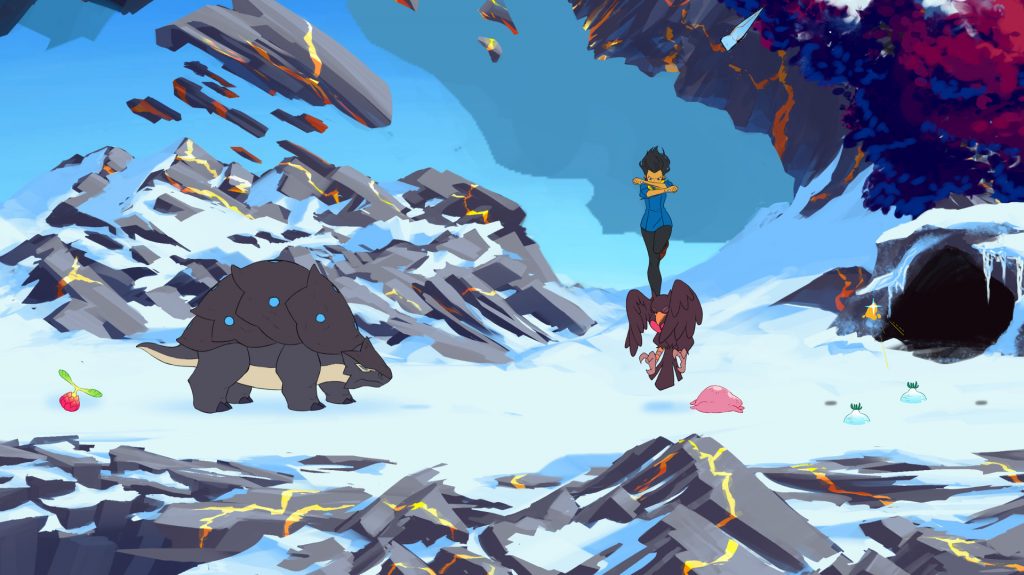 To my surprise, the writing really sold the whole package to me. While the setting is a creative goldmine, the story is relatively simple and not wholly unique. We’ve seen the story of the small-town hero who wants to join the big leagues many times; however, it’s the character interactions that are a true delight in this title

Battle Chef Brigade combines my love of cooking, puzzle games, animated movies, and action games in a way that I never even imagined. It’s chock-full of kindness and love, and that’s exactly what I took away from it after I completed the story. This sounds mushy and weird to project onto an indie game about elves cooking, but all of the characters are so supportive of each other — and even though its a competition, they all work together, even while butting heads occasionally. Brigade doesn’t have a cynical bone in its body. It could have taken this bright-eyed young woman and instantly dashed her dreams in the cold, unforgiving big city in a cutthroat competition, but it was honestly totally refreshing just to see characters in a story who care about each other and want to work together for a greater good without doubt or reservations. Sometimes the real world can weigh heavy, and playing this particular game felt like a ray of sunshine that I wanted to return to again and again — it’s the most wonderful form of escape.

My few complaints, be it the slightly limited combat or the lack of animation, are so strongly outweighed by the positives that they’re practically nonexistent. Battle Chef Brigade radiates a sense of love, care and passion from its creators in every second of gameplay. The memorable characters are lovingly drawn and voiced; the gameplay is ingeniously thought out; and every system is in place to service the game as a whole.

Brigade is a lighthearted love letter to everyone who has ever had a dream, or has ever wanted to make a change in the world for the better. You can almost hear the developers talking to you the way a true chef talks to you through their cooking: Here I am, on this plate. My tastes, my loves, the things I see in the world, laid bare before you. My passion and my imagination have been placed into this work. Taste for yourself and see. 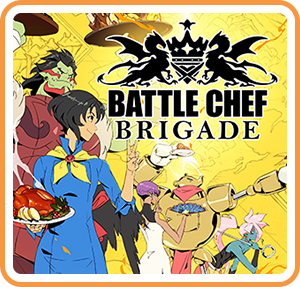