UPDATE: Team Meat on Twitter has made a correction regarding the price of Super Meat Boy. Despite the $14 price tag in the eShop (see below), the game will cost you $14.99.

UPDATE: According to a new listing in the Switch eShop, Super Meat Boy will retail for $14 when it releases on January 11th. 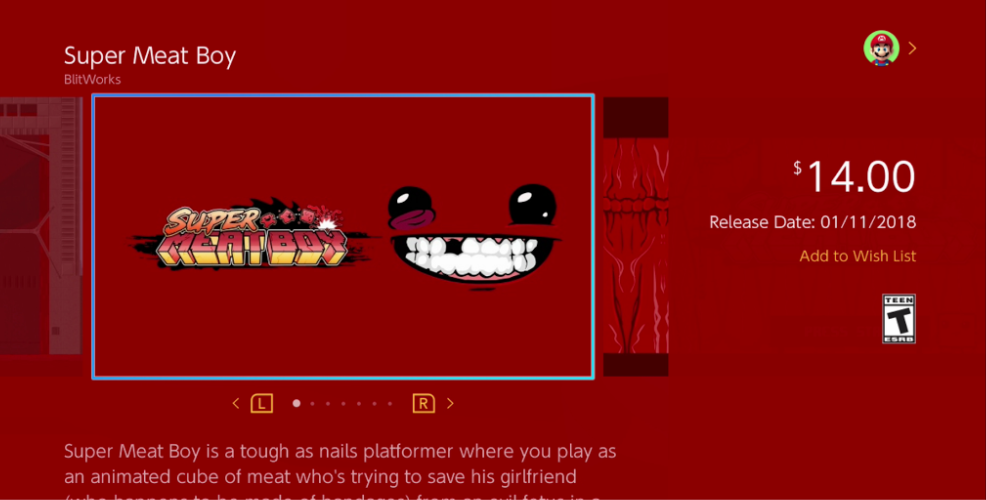 Looks like Christmas came a bit early for fans of Super Meat Boy. Team Meat announced today via its official Twitter page that Super Meat Boy is heading to the Nintendo Switch on January 11th.

Not only are we getting a port of the beloved indie classic, but a brand new Race Mode is also included that allows two players to compete head to head in some Meat Boy goodness! Look for more coverage on Super Meat Boy Switch in the coming days!