It’ll soon be even easier to build your ideal combination of Switch Joy-Con, if a new listing found on EB Games Canada’s inventory system is anything to go by. Controller Crusade reports that the Pink/Green combination, which was previously only available in the Americas as part of the Splatoon 2 bundle, will be getting a standalone release on January 5th. 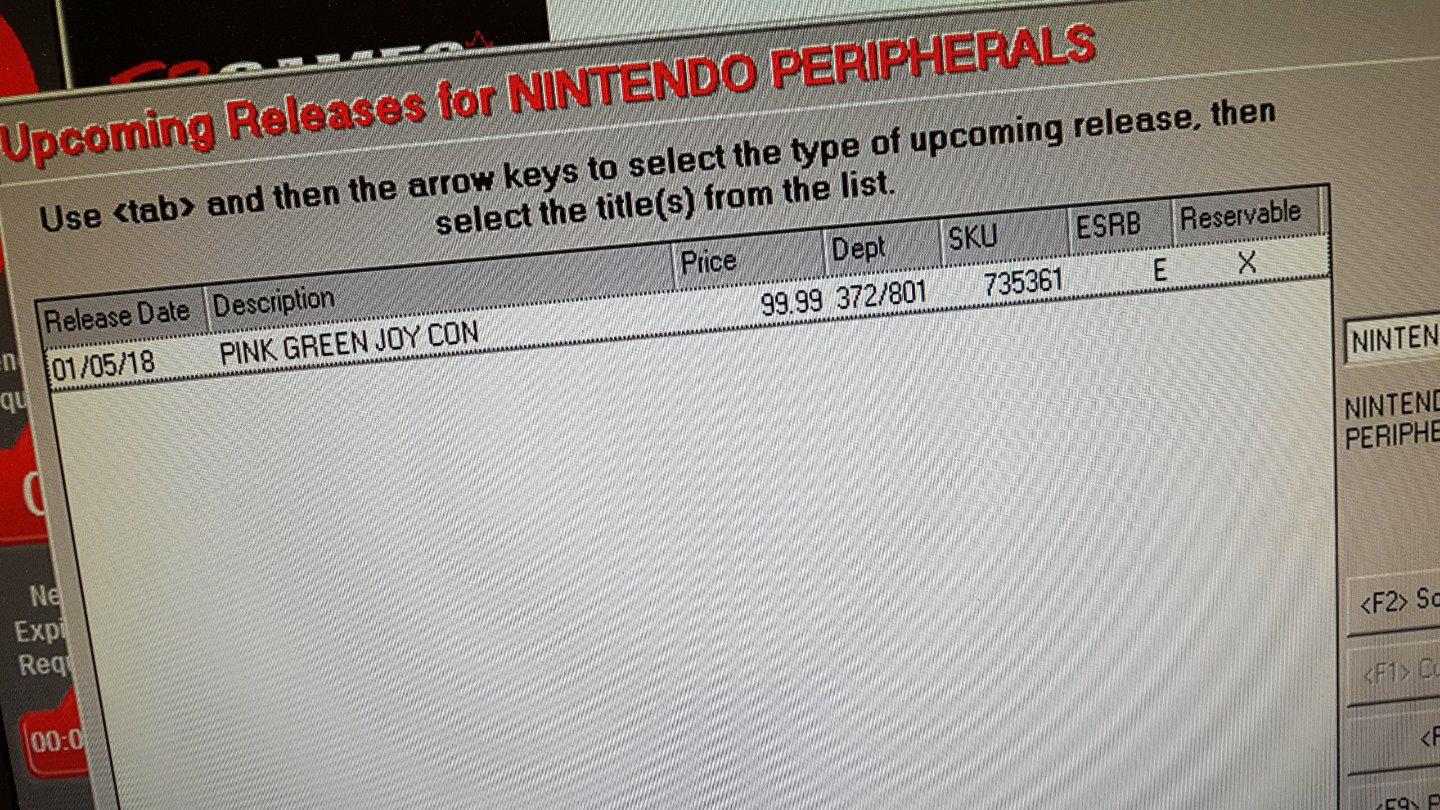 Europe saw a standalone release of the pair in July of 2017 so it wouldn’t be too surprising. It’s likely North America will also see a release if it turns out the listing is real, given the two countries often share launches.