2017’s been a monumental year for Nintendo fans the world over. From bouncy, spring loaded brawlers and squid squabbling Splatfests to Mario’s latest misadventures in wedding crashing, there’s a whole lot to love on what’s widely being considered the Big N’s comeback console. Yet for every satisfying splat or Warp Pipe hidden Power Moon, there’s one experience in particular that’s managed to hookshot our hearts with the gravitational pull of Majora’s Moon.

Nine months ago, Hylian heroes opened their eyes to a brave new frontier for Nintendo’s legendary franchise. Eschewing staple series mechanics, The Legend of Zelda: Breath of the Wild pushed its Deku seeded roots to new heights thanks to an innovative take on open world exploration and puzzle-laden dungeon crawling. For the first time in 30 years of dangerously going it alone, this ambitious adventure gave players the freedom to take things at their own pace and get completely lost in lands ravished by calamitous intent, where courage and curiosity are rewarded with whimsy and endless wonder. Make no mistake, fellow gaming enthusiasts: Breath of the Wild is a breath of fresh air: a culmination of past and present perfections Hyrule historians will be gabbing about for years to come. 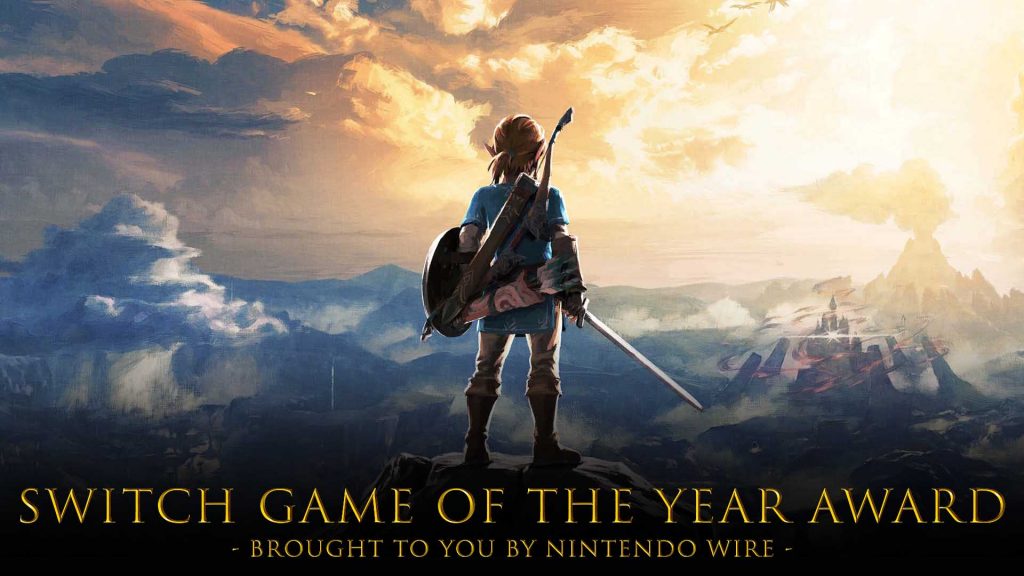 We’d be remiss if we didn’t mention the mad capped majesty that is Super Mario Odyssey. While perhaps not as groundbreaking as his green-garbed brethren, Nintendo’s mustached mascot deserves immense praise for serving up the magnum opus of the 3D run ‘n jump genre. Built off the accomplishments of its 64-bit ancestry and bathed in sunshine emitted by its F.L.U.D.D. fueled counterpart, Cappy and co provide one of the most brilliantly composed platformers the plucky plumber’s pounced through to date, not to mention one of my personal favorite picks 2017 has to offer.