We managed to get a sneak peek of the upcoming Fire Emblem Heroes characters recently — and little did we know that their official debut wasn’t far behind. It’s time for a Hoshidan New Year celebration! While they don’t look to be as oppressively powerful as Awakening’s Winter warriors, they all have some top quality art to show off.

As we guessed, Azura’ll be singing from the sky and she also has a new skill that rounds out the dance related buffs by bolstering Defense. Speaking of defense, Camilla looks to be fairly stacked when it comes to ways to toughen up your team, particularly herself and her fellow fliers. Takumi seems to go the other way though, with a weapon built around debuffing instead. 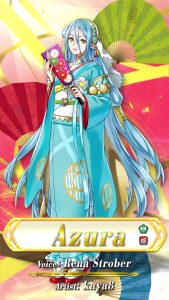 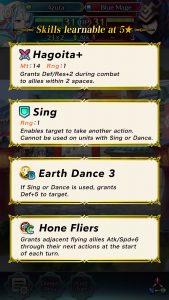 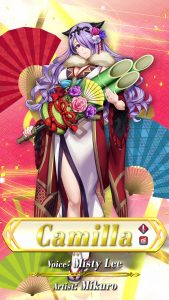 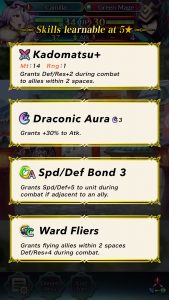 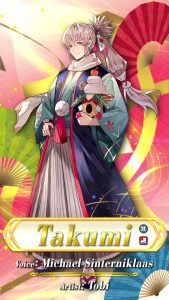 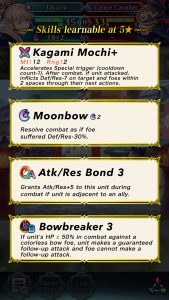 He wasn’t the only prince we saw though, as while Corrin was shown in the datamine he doesn’t appear to be a part of this Focus. Whether this means he’ll be some kind of event reward or bonus to really celebrate the New Year, or will just find himself in a separate banner entirely, remains to be seen, though a tweet from the official Japanese Fire Emblem Heroes account hints it might be the latter.

For those eager to add these celebratory characters to your barracks, they’ll ring in the New Year starting the night of December 31st. They’ll be around for a whole month, so even with the current Winter’s Envoy and Legendary Heroes tempting your orbs away, worry not.