Few JRPGs have quite captured hearts and minds like Chrono Trigger. Of course, ever since its slightly bizarre PlayStation sequel, all we’ve seen out of the franchise is ports and slight remakes.

That’s not to say the director and scenario writer for Chrono Trigger, Takashi Tokita, has been resting on his laurels, though. Since those days he’s helped with various Square Enix projects, and he’s played a major part in writing and designing the Final Fantasy Dimensions mobile games in particular. 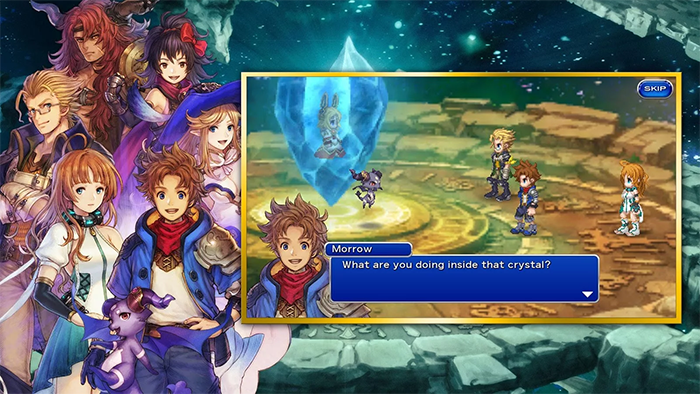 It turns out these new titles have a stronger link to the Chrono series than you might have expected. In a recent interview with IGN, Tokita confirmed that elements from the cancelled third Chrono game, known as “Break”, have made their way into Dimensions II. Here’s the full quote:

“The overall idea for [Break] was carried over to my latest game, Final Fantasy Dimensions II. Aemo’s character setting and the balance between the three characters at the beginning…these were based on the original concept [for Chrono Break] but were reworked for this title.”

In some ways the connections aren’t too surprising, Final Fantasy Dimensions II focuses on time travel after all, but this will surely disappoint the Chrono fans who have been waiting decades for a fully fledged follow-up. If you’re willing to check out Dimensions II regardless, you can purchase the full game via the iOS and Google Play stores.