Azure Striker Gunvolt is always going to be one of those games I find an excuse to go back to, and this holiday season Inti Creates gifted me with a pretty great excuse. Previously seen in the game’s Steam version, Christmas Mode will be available on Nintendo Switch for two days only this month: December 24th and December 25th. 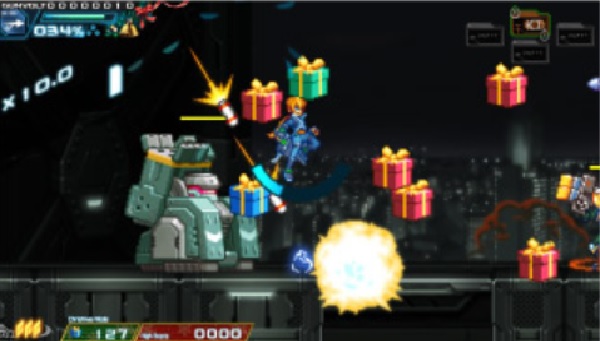 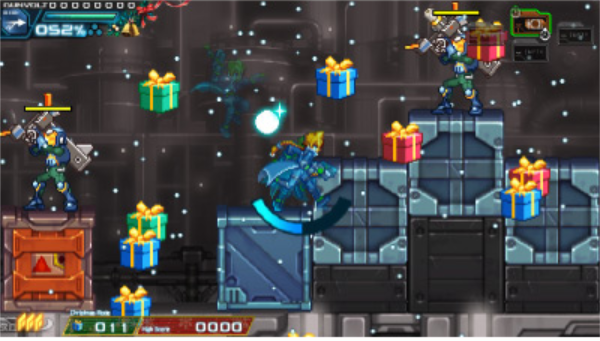 This definitely isn’t just an update in name, as it’s literally raining presents as you make your way through the stages. Collecting as many of these as possible is the name of the game, but it won’t be as easy as catching snowflakes on your tongue. The ground’s going to be slippery as can be, and there’s going to be enemies about to Grinch things up a bit.

If you’re a fan of the series or just have an urge for some high speed shooting-platforming action make sure to mark your calendar and get ready for some festivity! In the meantime, you can celebrate with a brand new Christmas wallpaper featuring characters from the game and the full details on the official Gunvolt site.