It was a hard fight, but this month’s Splatfest for North America has drawn to a close. Now that a few hours had passed, Lil’ Judd was able to finish pouring through Team Sweater vs. Team Socks battle results. So Squid-kids, did you side win the great clothing gift ink war? 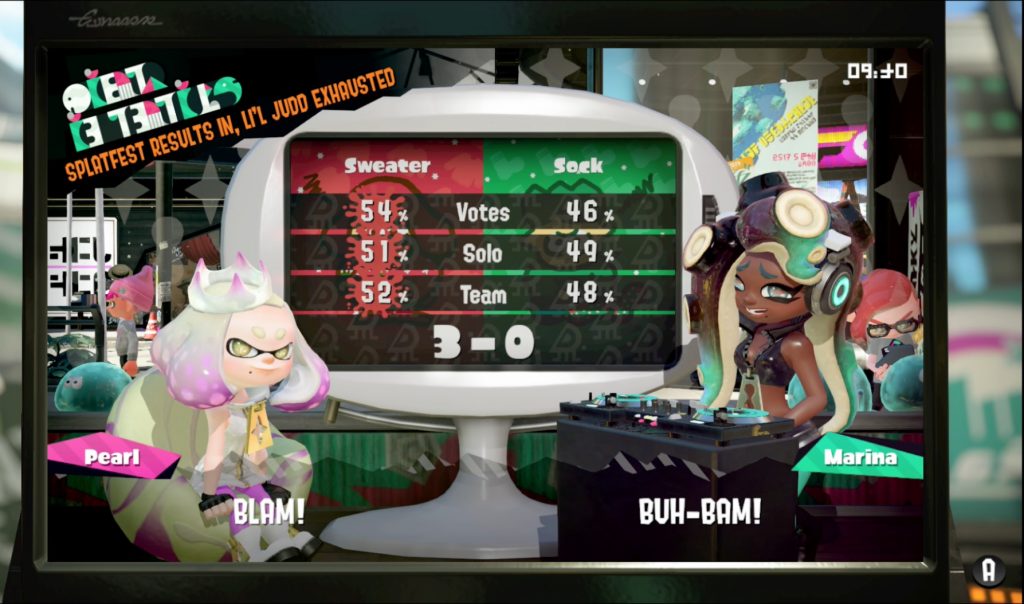 Taking a clean sweep of all three categories, Team Sweater is indeed the victor! While you might be cringing along with Marina in response to Pearl’s rap, you have to admit that securing Most Popular, Most Solo Battles Won and Most Team Battles Won is an impressive feat. In fact, if this all seems like deja vu to you, it’s because this is exactly what happened during October’s Team Vampire vs. Team Werewolf Splatfest. Down to the percentages in each category! Crazy, huh?

So Team Sweater fans, here’s to you this Splatfest. May you wear your ugly sweaters proud this holiday season, (ironically or not) and perhaps be inspired to learn how to make your own. For Team Socks, at least you’re getting some Super Sea Snails in your stocking instead… well, coal.