Physical editions of Wonder Boy include some cool freebies

Nicalis is at it again with another amazing physical release of a classic game. Earlier today, Nicalis confirmed that physical editions of Wonder Boy: The Dragon’s Trap will come with a CD soundtrack, a colorful game manual, and best of all: a keychain of one of the game’s main characters, Lizard Man, when the game launches on January 23rd, 2018. 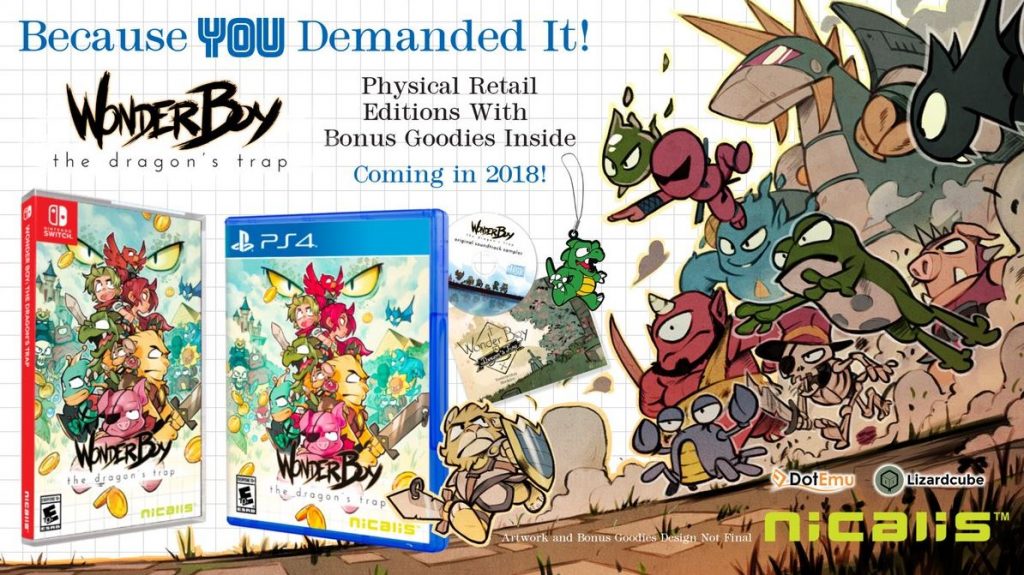 Those of you looking to get in on the action, you can pre-order your physical edition of Wonder Boy: The Dragon’s Trap on Amazon.