Dubbed SpiritSphere DX, this addictive twist on tennis combines competitive local multiplayer mayhem with frantic arcade action, resulting in a magical beatdown that’s difficult to put down. The game’s essentially Windjammers’ air-hockey inspired gameplay pixelated to the retro stylings of 8-bit Zelda — a glorious combination well worth its weight in Rupees, if you ask us.

Best of all, the souped up Switch port comes packing exclusive features and game modes, making it the definitive version for all you wizarding wayfarers on the go. Tate mode, for example, lets you play the game vertically with friends when undocked using two detached Joy-Cons, while Boss mode ups the ante via 2v1 matchups pitting two players against a brooding, boss-powered third. 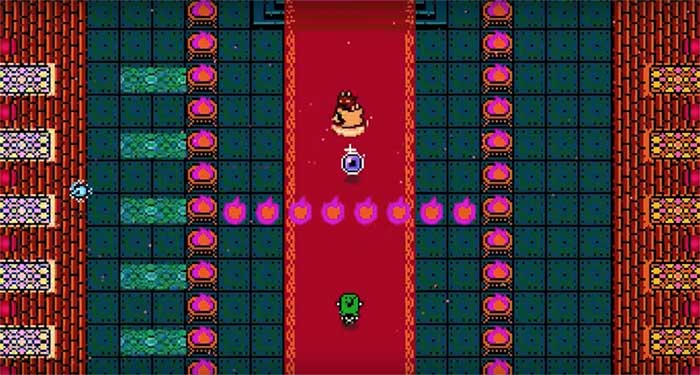 Feel free to check out the full feature list below:

SpiritSphere DX is set to serve enchanted orbs on Switch in Spring 2018. In the meantime, lob up some love by watching the recently released announcement trailer.