There’s nothing like adding some trimmings and ornaments to a Christmas tree! While we’ve been lucky enough to pick up the Nintendo themed ornaments from Hallmarks’ Keepsake Collection this year, sometimes it helps to add a homemade touch. Plus, we were missing a few characters from the collection. Toad fans can now rejoice as our favorite mushroom cuties have been lined up together to become garland strands! You can make as many as you want, too, thanks to Nintendo’s pattern — and if you’re savvy with manipulating graphics, you can always change these Toads to fit one of your favorite characters. Captain Toad? Toad Rescue Squad? Yes, please. 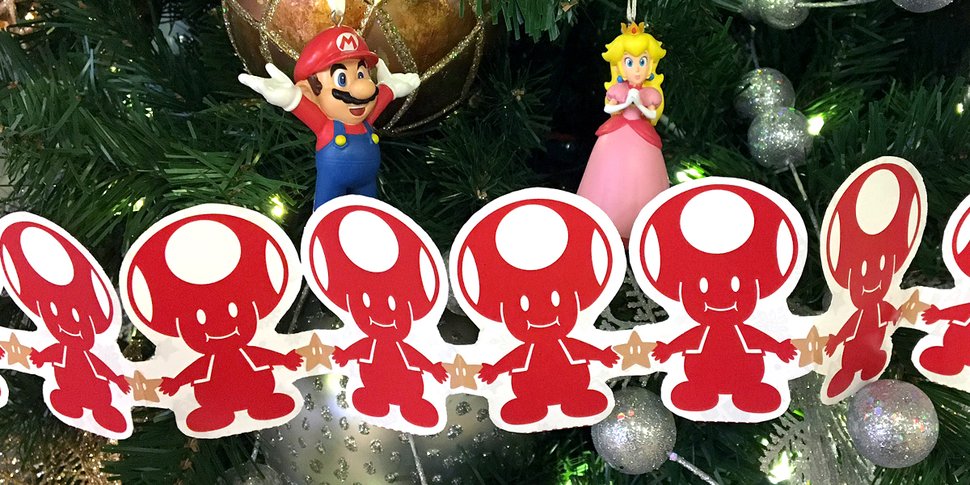 As for ornaments, Nintendo has provided a Mario and Cappy Snowman ornament craft! Using a similar template as the Super Mario Odyssey ornaments that are being handed out at Nintendo Holiday Mall Event that’s going on until December 17th, you can easily print out a plethora of these to celebrate your favorite Nintendo games. Following the instructions online, you can always swap out Snow Mario and Cappy with an Inkling Girl, Alm and Celica, Rabbid Peach, Princess Zelda, Ninjara and more. The choice is yours, and luckily there’s plenty of high quality artwork floating around online. 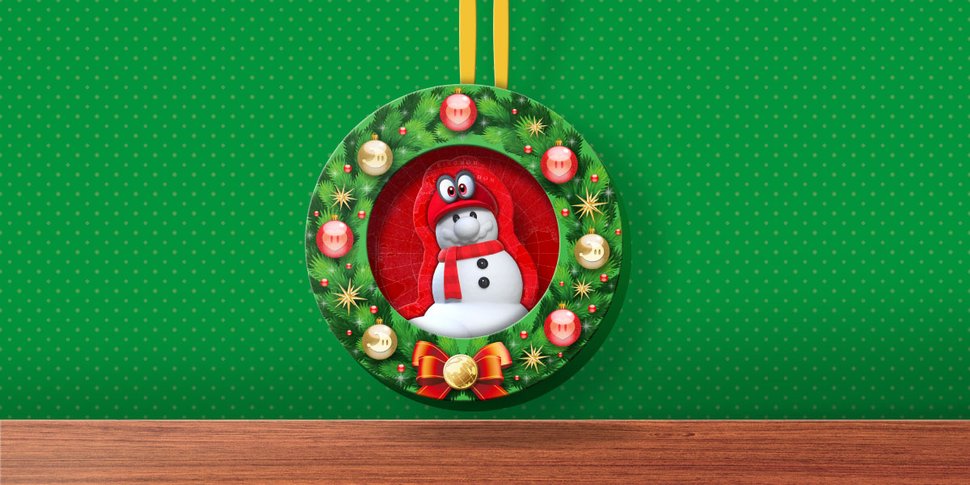 TO: MARIO, FROM: LUIGI

Matching the Nintendo themed wrapping paper that has been appearing online in Nintendo’s PR shots, now you can add a touch of your favorite Nintendo game to any presents you’re giving out this year. Picking six games from this year’s jam-packed release lineup, you can have an Inkling Girl, Spring Man, Samus Aran, Link, Mario and Cappy, or Mario on his go-kart next to that “To” and “From” on your gift tags. All you need is some cardstock and some scissors! After that, it’s up to you if you want to jazz things up with ribbons and a hole puncher. 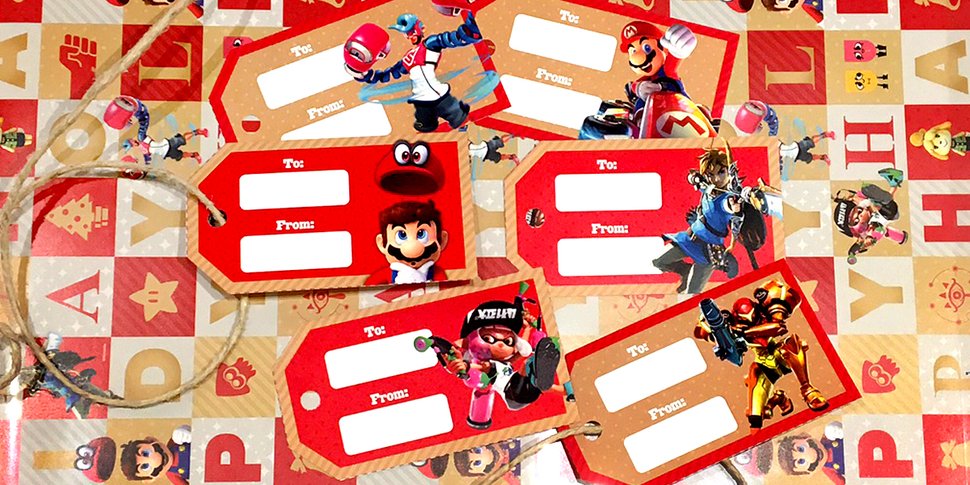 Around the time of Super Mario Odyssey’s release we were able to print out a flat Cappy hat and Mario’s mustache to make our own captured photos. Over on Nintendo Japan’s site there’s a brand new papercraft that involves making a mini 3D Cappy hat. While there isn’t a banana for scale in the article, it does have Cappy “capturing” a small orange/tangerine placed next to an apple. For those who want to give this craft a go, you can print out the pieces by using a document from Nintendo Japan. (Keep in mind that that instructions are only available in Japanese.) 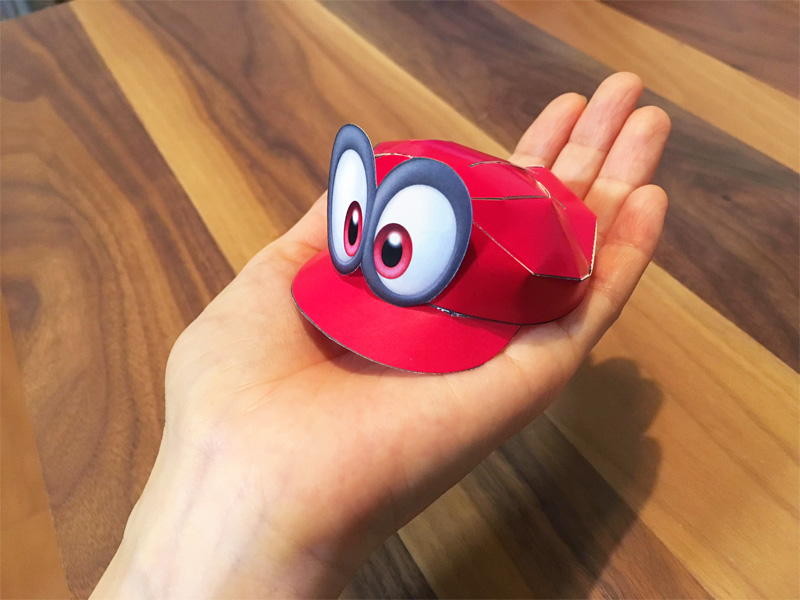 Will you be decorating your abode this holiday season with any of these crafts?