It’s time to get scribbling! According to a posting found on the Taiwanese game ratings board, it appears a new entry in the Scribblenauts franchise has been leaked and is coming to the Nintendo Switch. 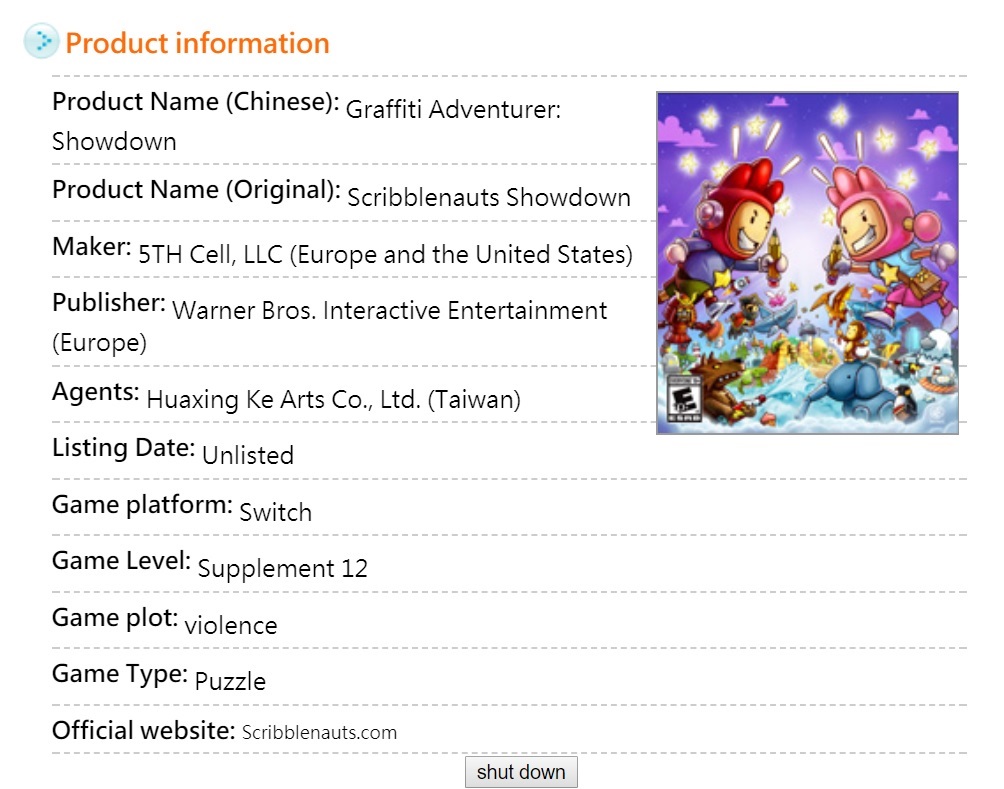 Scribblenauts Showdown appears to feature the game’s protagonist, Maxwell, and his sister, Lily, squaring off in some sort of battle. No word yet on what we can expect from the title or when we’ll get official confirmation, but stay tuned to Nintendo Wire for more details as they become available.