Third-party companies have been no stranger to Nintendo’s line of toys-to-life figures in the past, from Yacht Club Games with its Shovel Knight amiibo to Capcom with Monster Hunter Stories. According to a new interview with Famitsu, though, Capcom didn’t plan to stop at Monster Hunter: Apparently a line of Resident Evil amiibo was also in the works.

Niitsuma went on to share that HUNK and Lady HUNK were the two characters selected to have figures designed, as they were both well-known in the franchise and played large roles in Revelations’s Raid Mode. 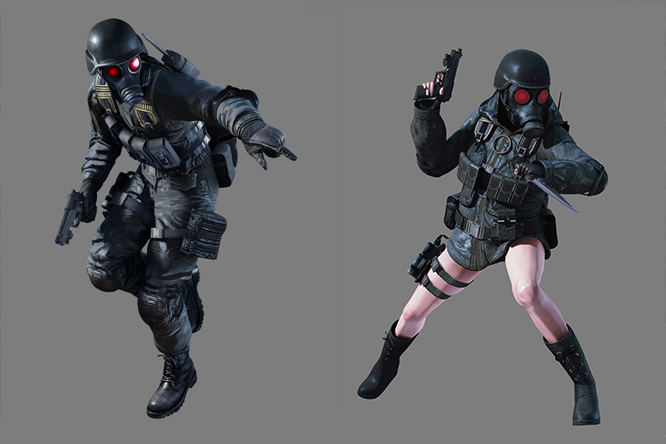 Capcom had gone to the lengths of creating 3D models for the potential amiibo before the idea was scrapped.

“Various circumstances” were behind the decision to end development of the figures, but Revelations director Kōshi Nakanishi expressed some interest in potentially revisiting the idea in the future.

However, Niitsuma revealed that scanning Capcom character amiibo (Monster Hunter Stories figures, for instance) will reward players with something a bit better.