Happy December! With a Splatfest approaching this month and a new item out as payment at Grizzco, Sheldon isn’t slowing down with weapon releases. Joining the 2.0.1 update this week, a pair of new Dualies is entering Inkopolis.

Behold the Glooga Dualies. First appearing in footage and photos of Splatoon 2’s big November update, the dualies will go live tonight at 6 p.m. PT | 9 p.m. ET. Sheldon has completed the weapon’s kit with Ink Mines as the sub weapon and Jetpack as the special. 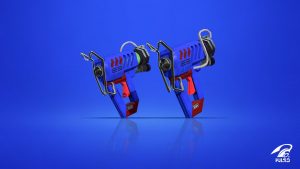 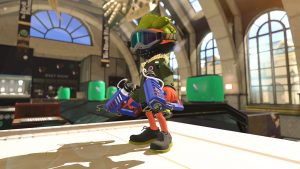 The Glooga Dualies aren’t just some Splat Dualies reskin; they’re bringing a new buff to the splatfield. While dodge rolling, rapid fire will stay the same. That increase buff is passed along to the damage you’ll dole out instead! Dualies fans, this might give you the edge in Ranked Mode during a heated battle.

See you in the multiplayer ring tonight and be prepared to watch the ink fly!