Those looking for the next big dump of Nintendo news might not have to wait much longer. A PS4 Reddit user by the name OldSoul 2 claims to be a part of an EA employee email chain and posted what appears to be a timeline of marketing and development goals for two of their upcoming games: Fe and A Way Out. The structure of the email appears similar to the internal Ubisoft document that leaked the existence of Mario + Rabbids: Kingdom Battle earlier this year. 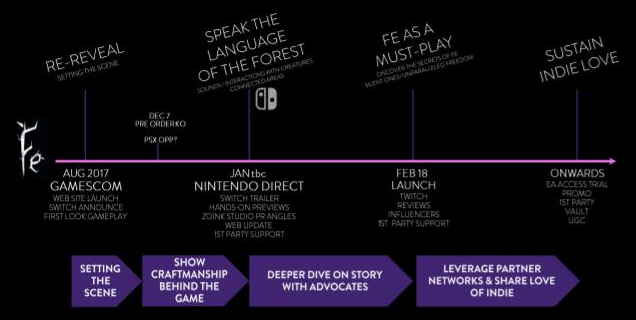 On the timeline for Fe, which was confirmed for Switch earlier this year, a mention of a Nintendo Direct is listed under January, albeit with the “To Be Confirmed” tag. If this is real and things go as planned, that means a new, big Nintendo Direct is coming in January, with Fe being spotlighted.

Keep it locked to Nintendo Wire as this story develops.