2017 has been the 30th anniversary of Mega Man, and while there were a few celebrations like the second Mega Man Legacy Collection, there hasn’t been anything too major. That may soon change, though, as Siliconera has gotten hold of an invitation from Capcom to check out an anniversary livestream this December 4. 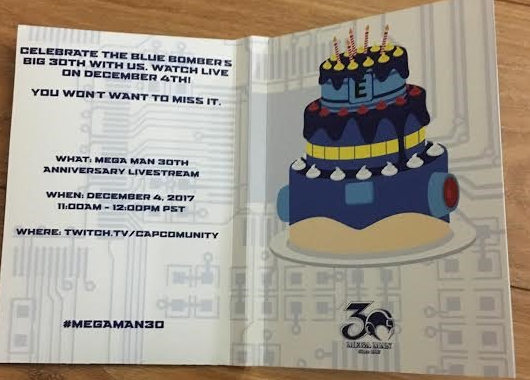 While there’s always the chance nothing major will be shown, the letter does say “you won’t want to miss it.”

You’ll be able to tune into the livestream on December 4 at 11 a.m. PST at twitch.tv/capcomunity. We’ll be sure to bring coverage as and when things are announced.