In recent years, more and more indie games have begun to take heavy inspiration from the Legend of Zelda franchise, each with its own twists on the formula. Binding of Isaac marries the first NES game’s dungeons with a roguelike randomizer, while Oceanhorn takes things isometric. Ludosity’s Ittle Dew, meanwhile, focuses in on speedrunning and irreverent charm.

The first Ittle Dew released back in 2013 and wore its Zelda influences on its sleeve, but, as the game’s Steam page says, it “boils down the classic adventure formula until there is only fun left.”

After it was a success and cultivated a fanbase, the developers saw fit to follow up with a more ambitious sequel, the appropriately titled Ittle Dew 2. We’ve taken a look at the new Nintendo Switch version to see how it holds up…

Unlike the stately Hyrule of Zelda or the gross caverns of Isaac, Ittle Dew 2 bursts with color and vibrancy. The new 3D engine may not look like much in still screenshots, but in motion it simply pops. The game’s models are surrounded by thick black lines which constantly wiggle and shimmy, making every moment feel lively, while the art direction itself comes across as a delightful mix of Wind Waker and Adventure Time. 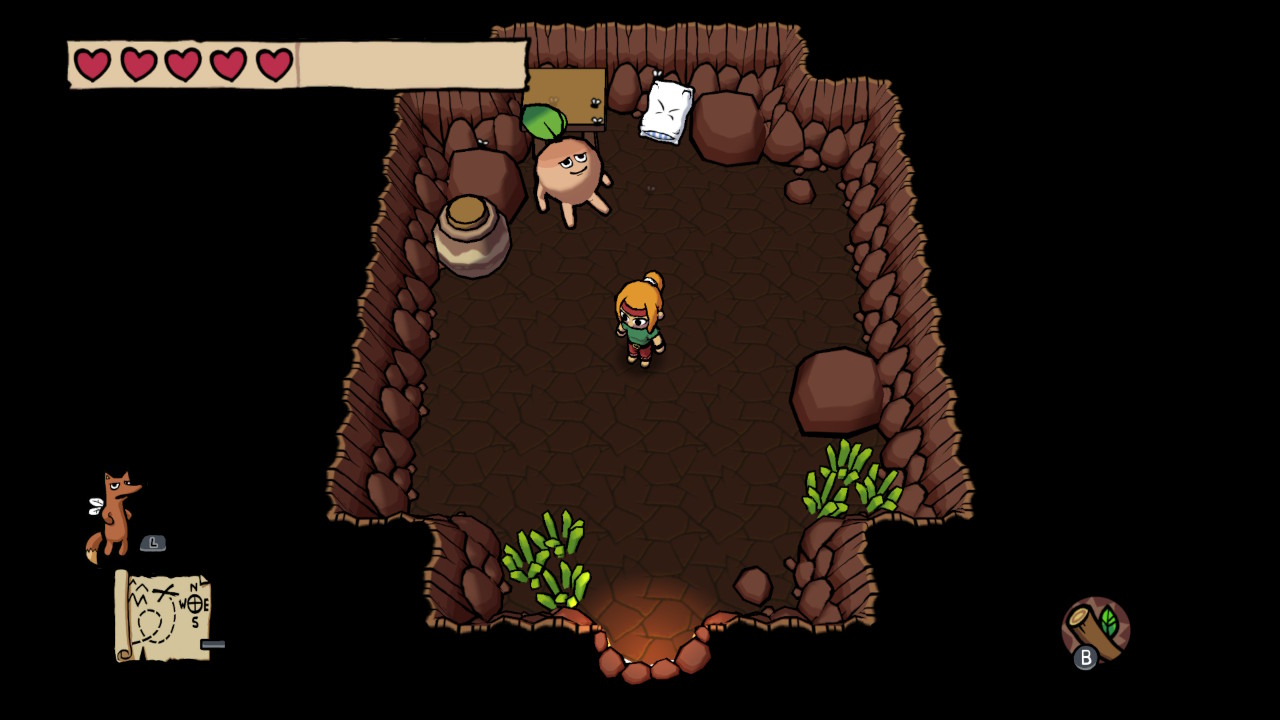 As for the story, protagonist Ittle and her blithe buddy Tippsie end up stranded on a new island after their raft breaks, and they must head out and recover the eight raft pieces before they can leave. So far so simple, but the characters are fun twists on standard tropes. The flying fairy equivalent Tippsie, for example, treats the adventure with dry wit unlike Navi, while most all of the game’s bosses can be found living their normal lives in the central town area.

This atmosphere even carries over to the world’s design. While your typical adventure game may feature standard themed dungeon tropes like “forest” and “volcano,” Ittle Dew 2’s first has you fight through a silly tutorial-laden Pillow Fort, while later dungeons include an art gallery and what amounts to a garbage dump. Better yet, you can tackle these in any order you choose (though there is a preferred order for first-time players) so the entire game is filled with fun surprises around every corner. 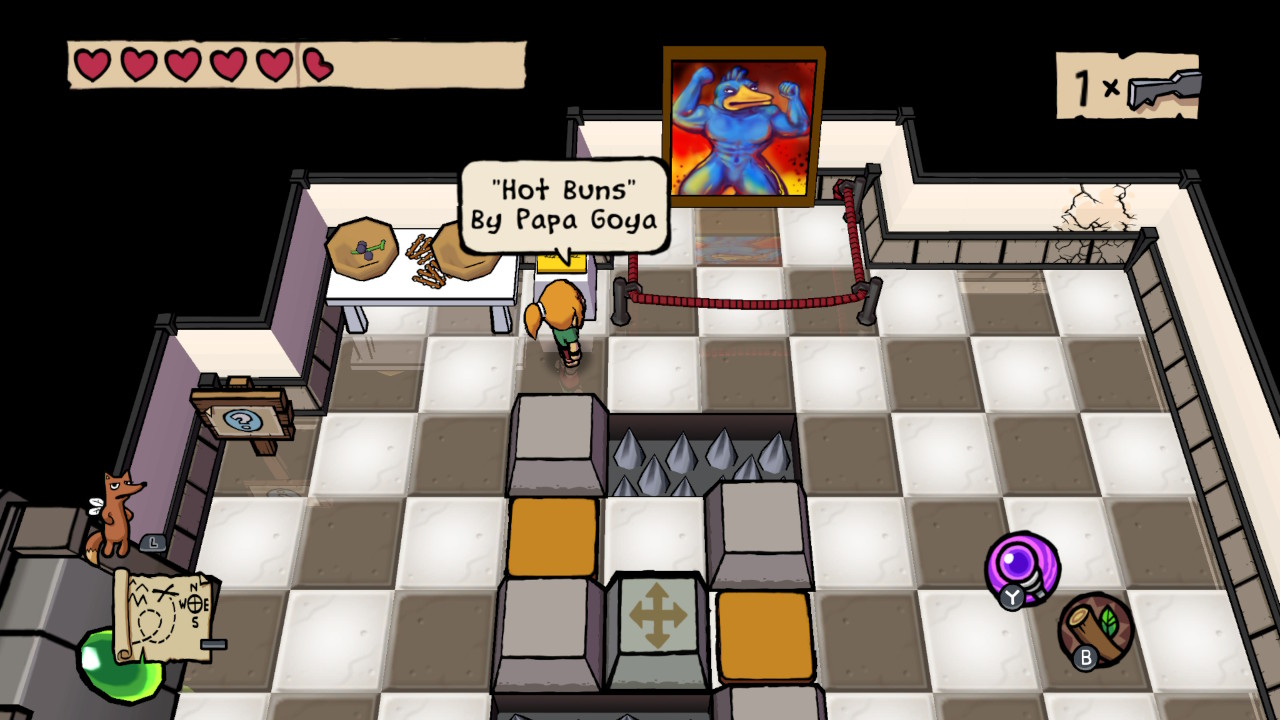 Unfortunately, even though the bosses have a lot of charm in their design and pre-battle banter, more often than not they feel like a forgettable pushover with little in the way of innovative mechanics.

Tools of the trade

While the Legend of Zelda might offer you countless weapons and items to help you on your quest, Ittle Dew 2 keeps things simple by only offering up four, each mapped to one of the face buttons. This might not seem like much, but each has more than one purpose. The tree branch that acts as your sword, for example, can catch fire and be used to light torches. This is also how the game lets you tackle dungeons in any order, by offering multiple paths through each that cater to the different weapons. This does mean you’ll have to backtrack if you want to 100% the game, but thankfully, everything is so short and snappy that it isn’t too troublesome.

The main game is relatively straight forward with its puzzles, but some optional side content is available to dive into that pushes the core concepts to their limits. By taking a nap in town, you’re transported to a dream world where you gradually unlock more extra dungeons as you obtain more tools. By exploring them you find trading cards that give some suitably silly lore to the world’s inhabitants. 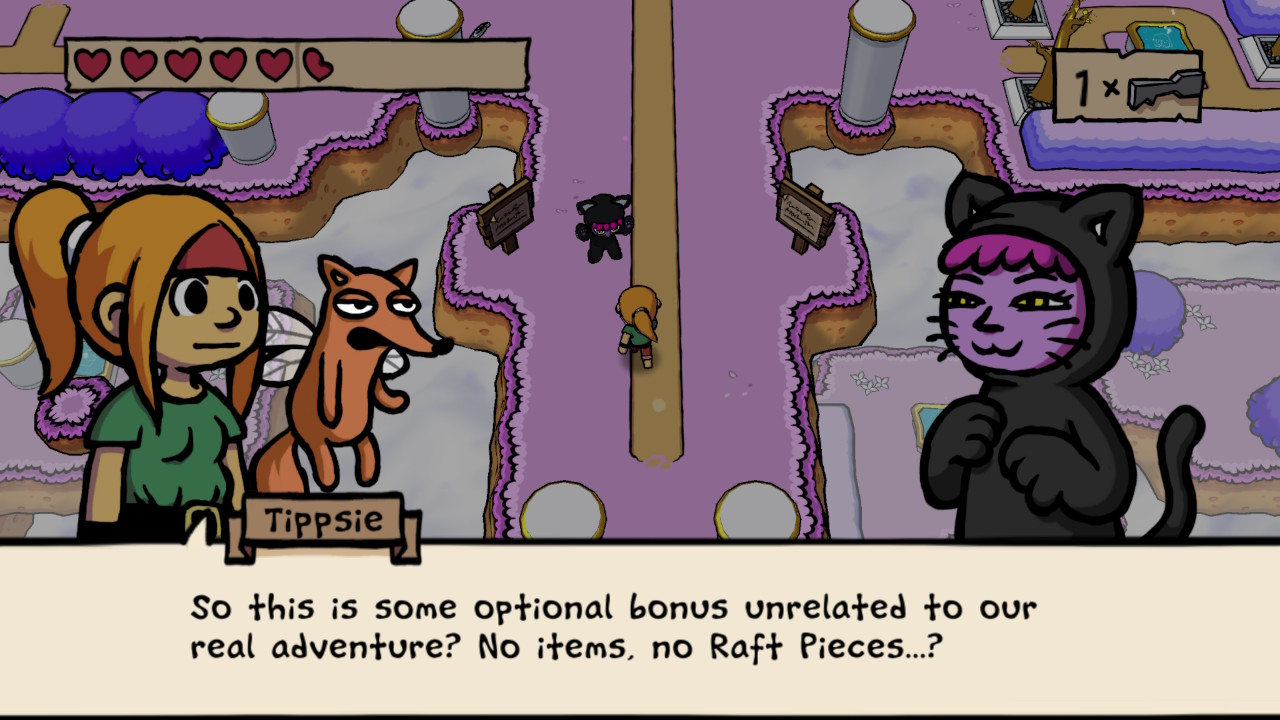 In these smaller dungeons the game essentially becomes a puzzler, as you slowly piece together the game’s logic. For example, the first tool you are likely to get is the wand which you use to hit and move distant objects. It turns out, however, that when the projectile orb is reflected back at you, it can send you jumping over gaps. Add in the ability to combine the orbs to make them faster and more powerful and you have a wide array of challenges.

Unfortunately, this is where some of the game’s control issues come into play, specifically on the Switch Joy-Con. For many of these puzzles you want to have precise angles, which prove very tricky to pull off on the segmented D-pad. While this can be circumvented with a Pro Controller, it does mean the game is made much trickier in handheld mode.

This simple design and snappy story make Ittle Dew 2 perfect for speedrunning and the game comes complete with leaderboards for just that purpose. That said, you can take the game as leisurely as you like — just don’t expect too much in the way of dramatic immersion. 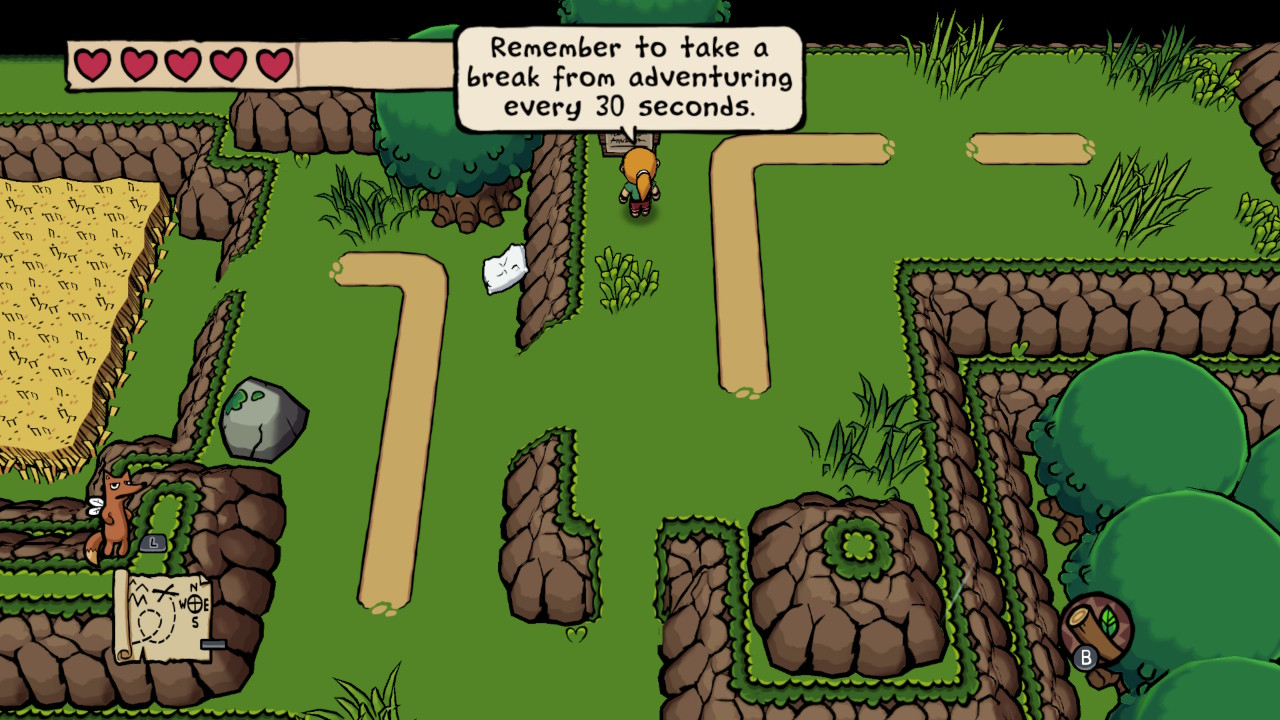 As advertised, Ittle Dew 2+ distills the Zelda formula into an enjoyable adventure for everyone from newcomers to die-hard speedrunners, sporting a unique and adorable charm of its own. If you’re feeling the itch to explore a classic top-down world, Ittle Dew 2 is a great way to scratch it.

Leave a Comment
Buy at Amazon Buy at GameStop
8 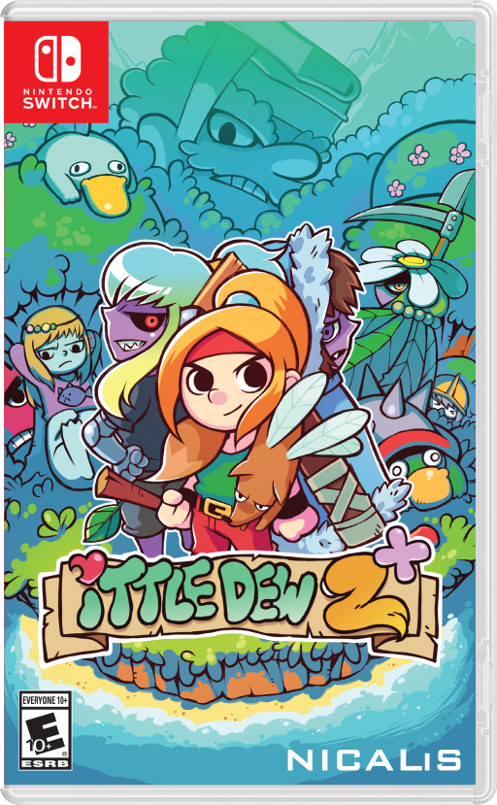