In today’s gaming landscape of muted colors, dramatic set-pieces and deafening explosions, we need more games about a simple father and his loving family. Here is such a game, following the paternal adventures of a charming character and his normal, totally human life. He is most certainly not an octopus masquerading as a human being, why would you ever assume such a thing? 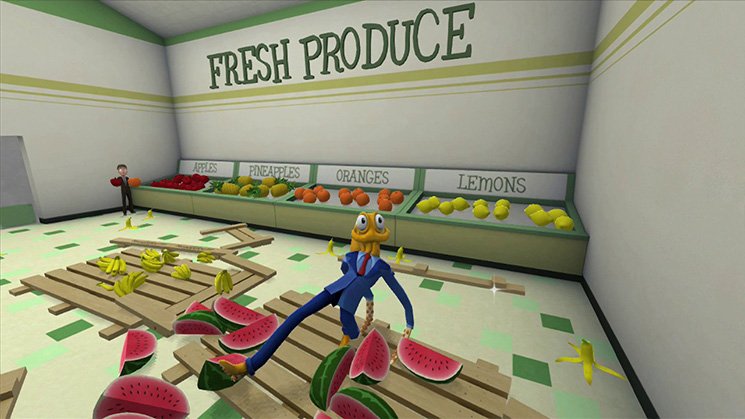 Octodad: Dadliest Catch comes to Switch after being released on more platforms than Skyrim, and it remains as charming and goofy as ever. While the experience has more than its share of flaws, Octodad ultimately provides a pleasant and wholesome experience.

The central conceit of Octodad is rather self-inherent — be an octopus, who is also a dad. Such genius concepts don’t come around often, and thankfully Octodad pulls off the concept with grace, expertly inserting its aquatic protagonist into a Ward Cleaver-esque role as the head of a nuclear family, starting at his wedding and then moving on to show a simple day in his life. 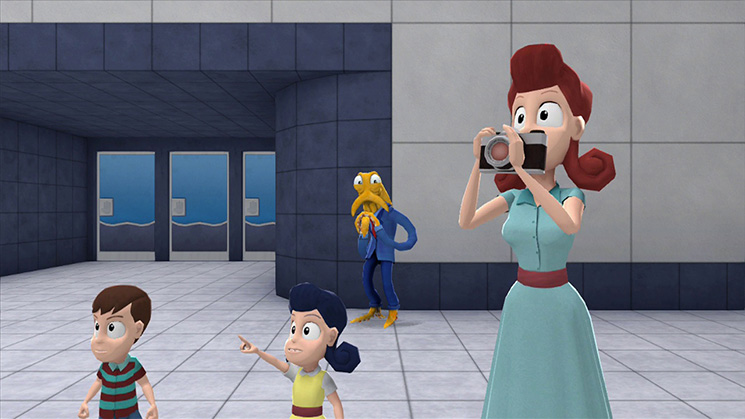 The presentation of Octodad is simple but effective. The cartoony style fits its tone like a glove, while the sound design and voice acting is particularly on point. There were some noticeable graphical errors in this Switch version from time to time, enough to break immersion but not enough to feel like it was detracting from the experience.

Octodad’s greatest strength is without a doubt its humor. While the premise is silly enough as it is, the game becomes truly hilarious due to smart writing and its own jankiness. It doesn’t rely upon only absurdity for laughs, instead combining silly suspension of disbelief with oddly articulate points and killer delivery. It’s fairly rare for a game to keep me amused the whole way through, but I had a smile on my face almost every other line of dialogue.

The actual gameplay of Octodad revolves around you controlling the non-squid-not-kid throughout various daily activities, such as making coffee, mowing the lawn, or shopping for groceries, all while making sure nobody cottons on to your true identity. Knocking into people or certain items will raise their suspicion meters, and if it becomes full the jig is up.

This sounds simple enough, except that Octodad controls rather wonkily, with each of the analog sticks directing his limbs on an axis, and buttons changing whether you control his arms or individual legs. To call it awkward is an understatement, as it requires careful coordination to move where you’d like to or use particular devices. 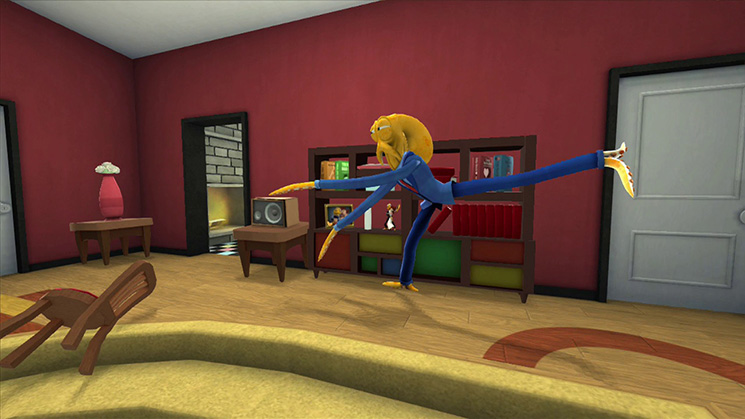 It would be cheap and easy to call out the controls for being unintuitive, but that’s not really the point. The weird way in which they operate is part of the game’s fun — and, in my opinion, they work. You’ll never feel quite like you have the full grasp of them, perhaps, but you will improve as the game goes on, and by the end you’ll have a decent understanding of how Octodad moves. It’s a good, if rare, example of how sometimes bad controls can enhance a game’s ideas, rather than detract from them — though I would say cases like these are more the exception than the rule.

While the actual methods of controlling Octodad serve their intended purpose quite well, the level design is a bit more of a mixed bag. There are some great sections peppered throughout, mostly around the middle as you’re exploring the aquarium, but towards the end it feels like some of the more creative and interesting ideas are abandoned in favor of more typical game design conventions like stealth sections. The game even ends with a boss fight of sorts, and one that doesn’t feel particularly unique or well done either. It’s a slight shame, as there are portions of the game that feel a lot more interesting to play through.

Perhaps Octodad’s biggest shortcoming is its length. The main story only took me a little over an hour and a half to get through solo, which is quite brief. There is some notable replay value, with each stage having three ties to pick up, and there are a couple “shorts” that provide some snippets of fun. Even so, I doubt you could wring more than a few hours out of the game, unless you become devoted to speedrunning it.

The Switch version does feature co-op, and I would be remiss if I didn’t mention how fun it was. You can assign each limb to whoever you’d like, up to four players, and it can be hilarious trying to coordinate properly. It also works reasonably well, too; completing tasks wasn’t nearly as difficult as I thought it’d be with multiple players. However, there were some quite significant frame-rate drops, which made things quite sluggish at points. I didn’t experience some of the more frustrating later sections in co-op, but I’d imagine they would be more taxing. 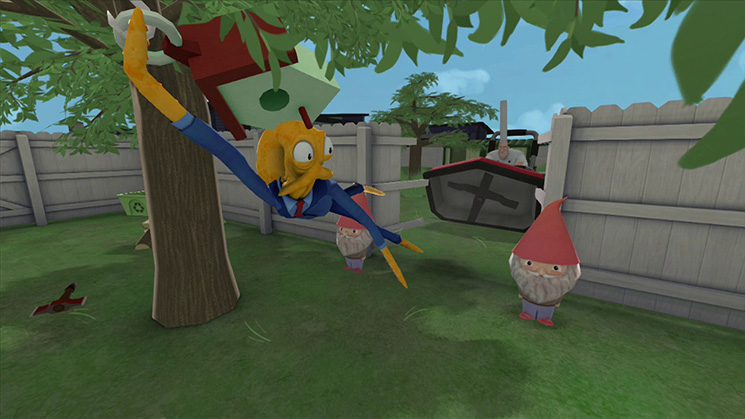 Overall, Octodad is a blubbing good time. A few hours for $15 isn’t too terrible, and the humor and inventiveness at play is more than worth it. There are times when the game doesn’t fully live up to its potential, and while it flounders in its last few areas, it’s not enough to fully diminish what is overall an enjoyable experience. If you’ve got friends or family members looking for a casual, lighthearted game to play through, Octodad is a perfect pickup. 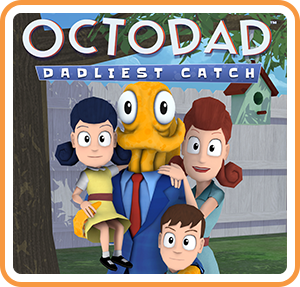