Rhythm gaming is something I hold very near and dear to my heart. It’s easy to understand and hard to master, both as a player and as a developer. Those behind Harmonix aren’t strangers to rhythm gaming by any means; after all, they brought Rock Band and Guitar Hero onto the scene, introducing rhythm gaming to a widespread audience using popular music and traditional-feeling controls. Despite rhythm gaming’s disappearance from the public eye, Harmonix is still kicking, developing several rhythm titles in the last few years, including Rock Band 4 and Super Beat Sports, the company’s first release on a Nintendo console since 2010’s Rock Band 3.

The Basics of the Beat

Super Beat Sports is a simple rhythm game based around Musicaliens and their love for sports and music. In four of the game’s modes, each carried over from the original Beat Sports’ release on Apple TV, you press A in time with a specific on-screen action, with modes like Gobble Golf and Buddy Ball requiring you to either aim a certain direction with the joystick, or using it to move your character into the correct lane to hit back balls thrown in your direction in Whacky Bat. The limited controls keep the game pretty simple overall and extremely easy to understand. Each mode can be played alone, or in multiplayer, which I will highly recommend when compared to single-player. Three of the modes allow for one to two players, with the last two allowing up to four players. 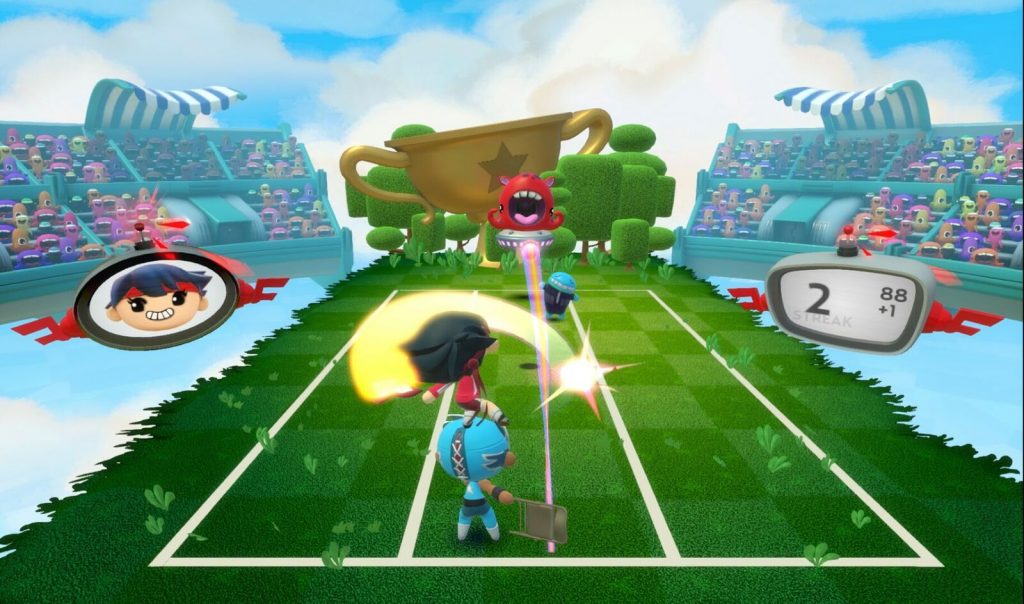 The early levels are very, very slow going, presumably to allow you to get a good feel for the game and how the actions work with the rhythm. This would be fine, if they had been simple tutorial levels, but no, they’re slow-paced, full-fledged levels, lasting entirely too long. This is true for three of the five modes: Whacky Bat, Net Ball and Gobble Golf. The levels in the first two don’t stay slow for long, with Whacky Bat picking up around level 6 and Net Ball picking up slightly quicker. Gobble Golf, on the other hand, is nearly unbearable for much, much longer. Instead of actively being a part of the action, like in Whacky Bat and Net Ball, Gobble Golf has you memorizing agonizingly slow, often repetitive, patterns and repeating them. Each of these three modes has a “Pro Mode” associated with it, which ups the ante a bit, introducing new mechanics to confound players trying to get their feet under them. Though Pro Mode does little to salvage these modes from their own simplicity, I prefer playing Pro Mode over the standard option every time I dive into Super Beat Sports.

The last two modes, Buddy Ball and Rhythm Racket, act as the saving grace of Super Beat Sports. Buddy Ball is by far the most enjoyable mode in the package, provided it’s being enjoyed via multiplayer. Buddy Ball has you hitting a ball back and forth between a set of three Musicaliens and your opponent. Each alien will volley the ball at specific speeds depending on its size, allowing you to switch up your shots at the last second to confuse your opponent, causing them to miss the ball and lose a point. With four players, this mode can be extremely hectic, but still controlled enough to be exciting. 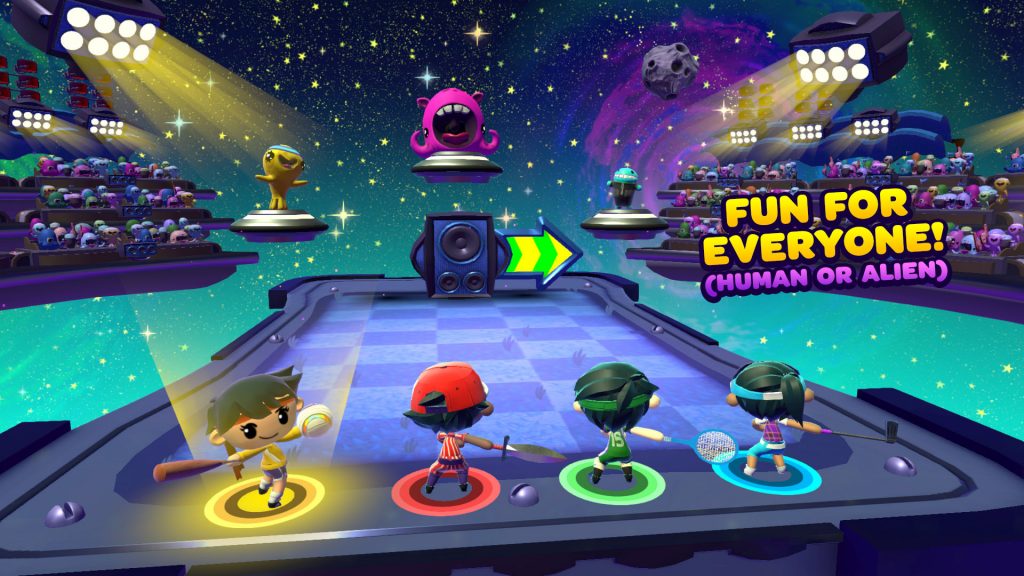 Rhythm Racket, a new addition to the Beat Sports franchise, is great in concept, but doesn’t quite hit the mark. The air-hockey inspired game is fun once you get the hang of it, with several obstacles littering the ever-changing court, blocking or enhancing your shots as you play. This is also the only mode with more complex controls than pressing A and aiming with a few shot types available depending on your button presses: you simply move in front of the ball, pressing nothing to block it, pressing A to hit it back or pressing X to trigger a charge-up for a powerful shot, and X again at the right moment to shoot. Rhythm Racket is no doubt going to be enjoyable for those who put the time in to develop a knack for it, but at first glance one wonders if it’s worth it to put that much time into it. It’s hard to get the hang of, and newcomers will undoubtedly feel frustrated by the precision, or luck, it takes to win a match.

For a rhythm game, Super Beat Sports’ soundtrack doesn’t stand out much. Simple electronic sounds make up most of the tracks, peppered with strange noises from the Musicaliens that often get repetitive or take away from the music. Coming from a rhythm game pioneer like Harmonix, this is extremely disappointing. When I walk away from a rhythm game with an original soundtrack, it’s a huge plus if I can find myself humming a tune from the game hours later. I last played Super Beat Sports about ten minutes ago and can’t recall a single tune other than an annoying, half second clip of Musicalien voice.

The (Not So) Grand Finale

When all is said and done, Super Beat Sports is at its best in Buddy Ball, and for most of Rhythm Racket. At its worst, it has the mind-numbing Gobble Golf. The remaining two modes are on the higher side of mediocre at best, which is a real shame when you consider the fact that they’re backed by an overall forgettable soundtrack as well. Pro Mode offers some comfort for seasoned rhythm gamers, but I still found myself with a bad taste in my mouth when attempting the harder levels. Super Beat Sports will work well as a child’s game or even a teaching tool for children learning the basics of beat and rhythm, but as a full-fledged rhythm game, it falls disappointingly short. 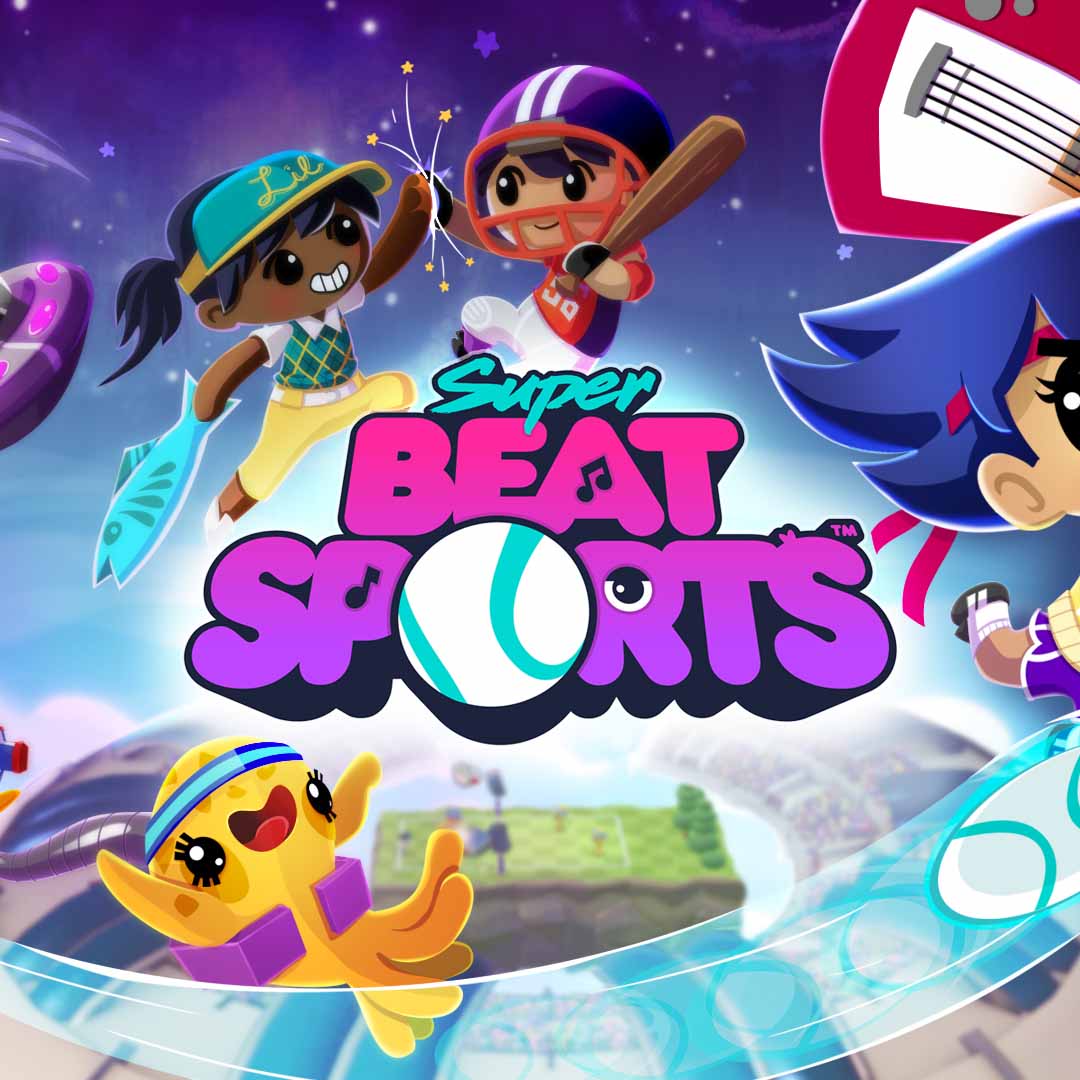