UPDATE: Nintendo Japan has confirmed that it will also be selling the Explorer’s Edition in the region. We get a look at the inside of the Explorer’s Guide, which shows off some beautiful artwork. Check it out! 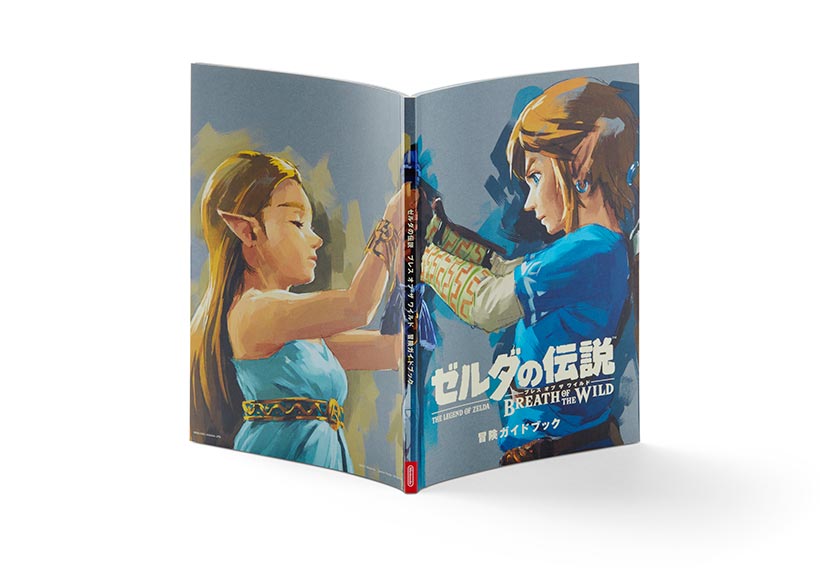 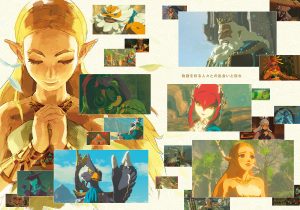 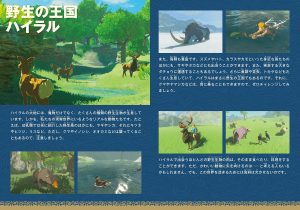 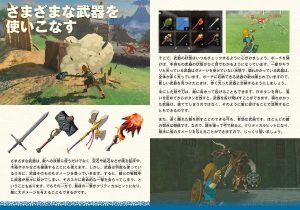 With Black Friday just a few weeks away, Nintendo has announced plans to make it a very Zelda-themed occasion.

First up is a new, green standard 2DS, with yellow face buttons. This one comes pre-installed with Ocarina of Time 3D and is pitched as the perfect entry point for young gamers to play one of the most highly rated games of all time. It’ll cost $79.99. 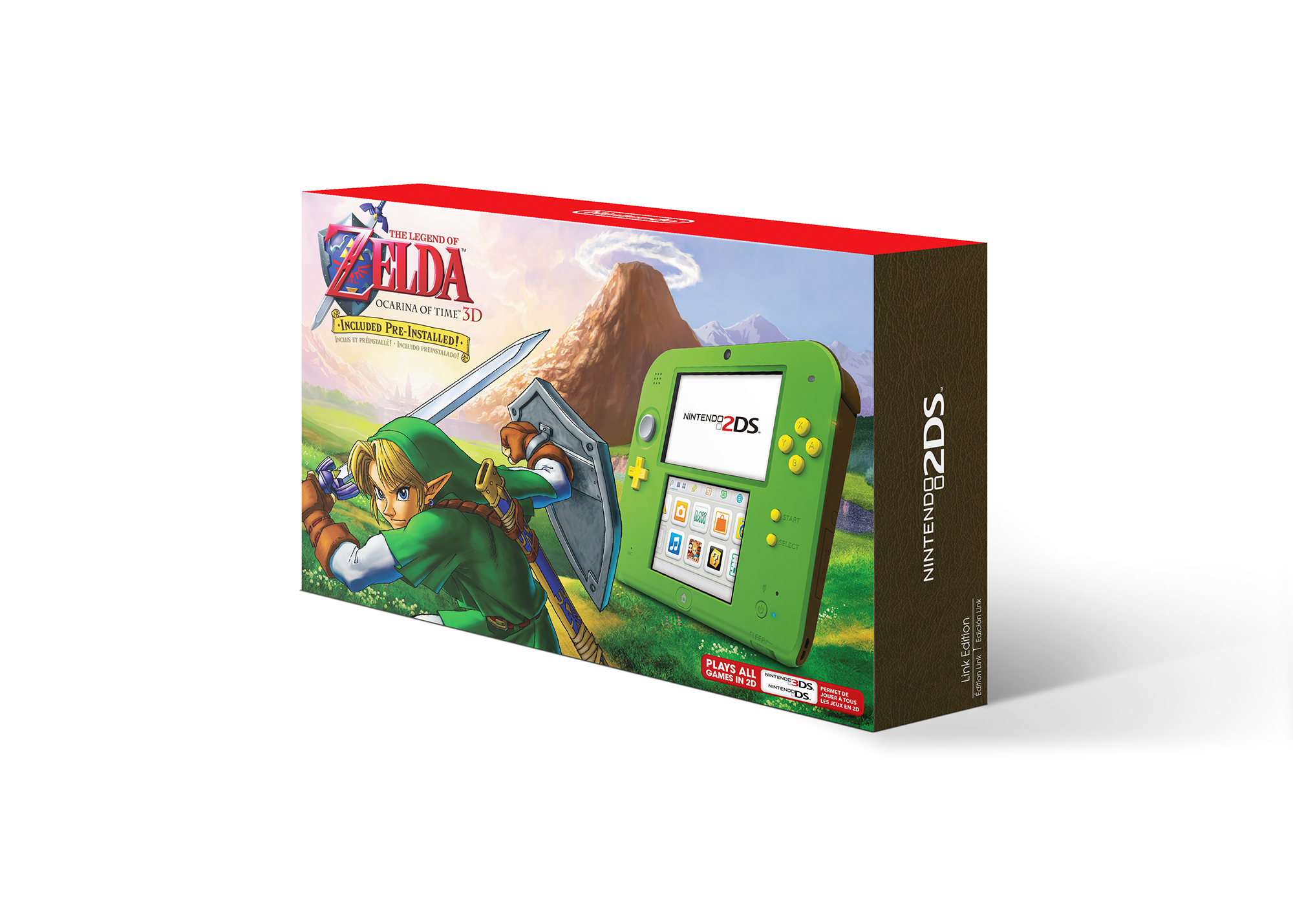 Next we have a new Breath of the Wild bundle called the “Explorer’s Edition” which includes the base game, a double-sided map and a 100 page explorer’s guide. If you haven’t yet taken the plunge on the Switch version of the game, it costs $59.99. It’s also worth noting that Nintendo stresses it won’t include the two DLC packs. 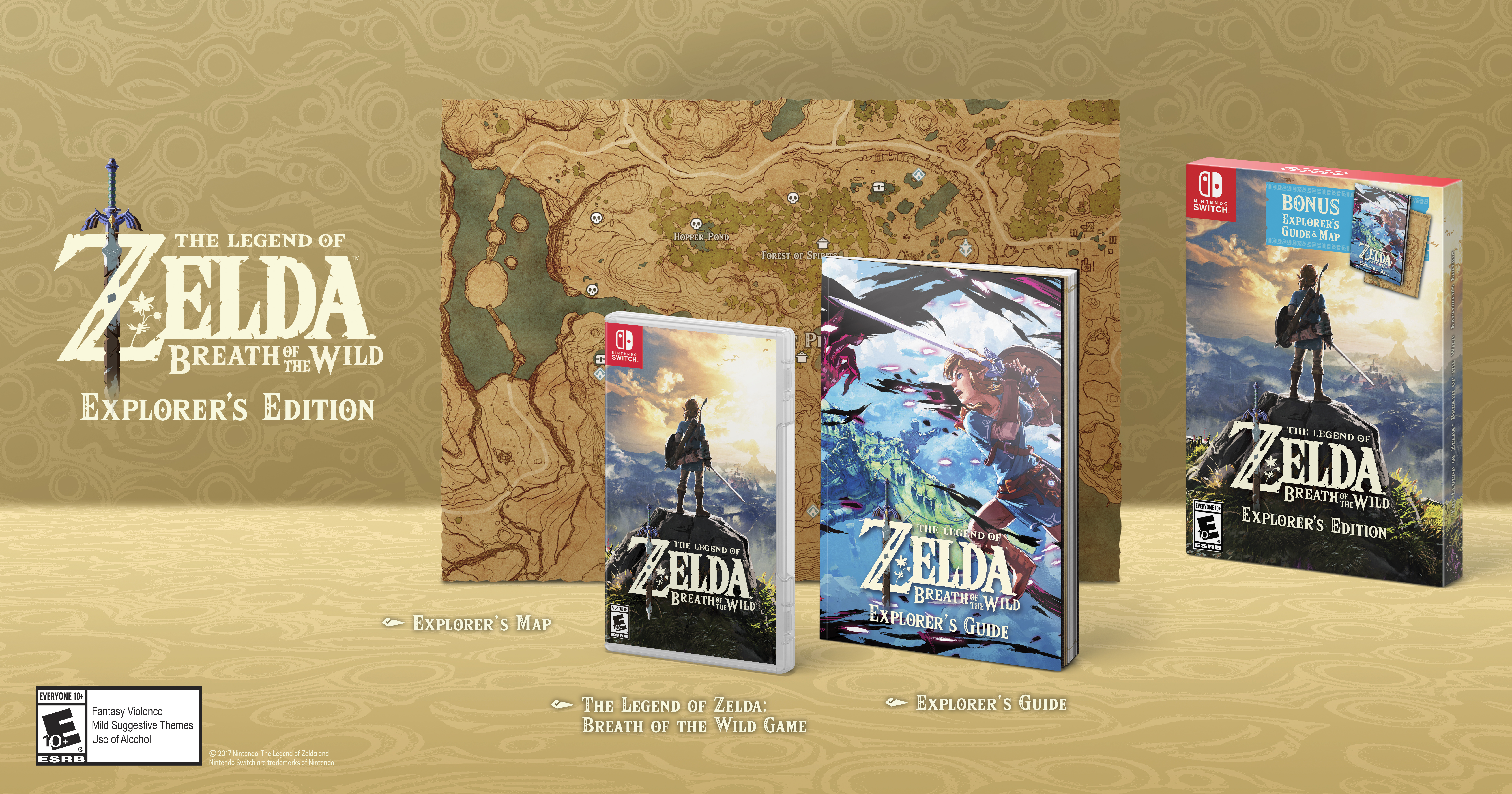 Nintendo also states that more deals will be available over Black Friday, including the Poké Ball New 2DS and the Super Mario Odyssey Switch bundle. You can check out all participating retailers for each item on Nintendo’s official Holiday website. 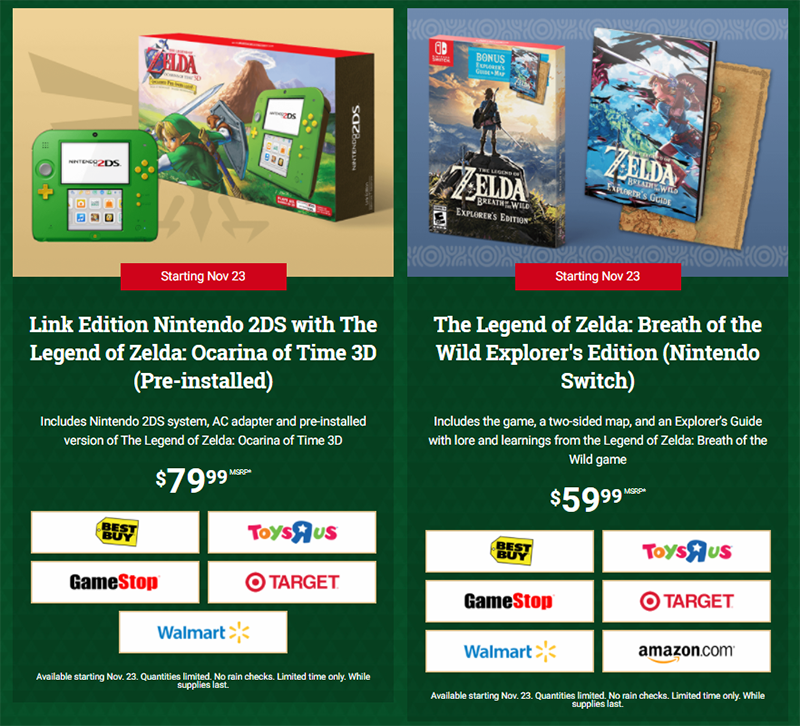