Sega has supported the Nintendo Switch quite strongly these first few months since launch, from releasing the likes of Sonic Mania to effectively funding the just-announced Shin Megami Tensei V. That said, there are still many, many IPs that would fit perfectly on the platform, and in a recent Eurogamer interview with Sonic Team producer Shun Nakamura they touched on perhaps the biggest. That’s right, Samba de Amigo. 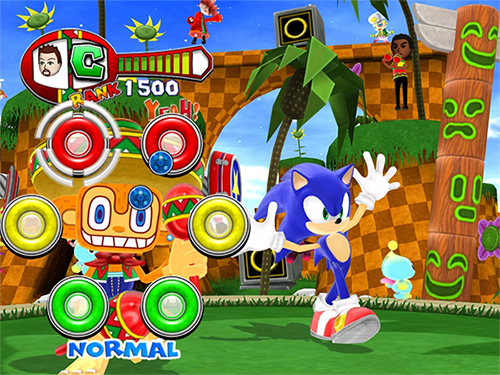 When Eurogamer asked Nakamura if he thought the Dreamcast rhythm game would be a “perfect match” for Nintendo’s latest system, he stated “I really want to make Samba de Amigo on the Switch.”

The game previously saw a port to the Wii, but the Nunchuck wasn’t quite as precise as most people would like, meaning the true experience required two Wii remotes. Eurogamer points out how this wouldn’t be an issue on Switch, as the system’s included Joy-Con would serve the same purpose. This was Nakamura’s response:

The game would definitely be a fun use of the Switch’s capabilities, not to mention the HD Rumble effects. If it ever comes to fruition, we’ll be sure to let you know!