I’ve been playing a lot of Fire Emblem Warriors throughout the last couple days, and I already like what I’ve seen so far. In Hyrule Warriors I felt driven blindly by what objectives were occurring, running myself all around the battlefield. I must have been missing something, because a lot of times I didn’t feel like I was making the “right” choice; I was just slashing ahead and eventually enemies would fall.

That’s part of what makes a Warriors game tick, but with Fire Emblem’s own identity as a strategy game that formula might not have cut it for this type of gameplay.

Enter: the Weapon Triangle, familiar as can be but taking on a new importance here. Once it’s introduced, clear paths made themselves known in each chapter. When I’d check the maps ahead of battle, I’d see one route featured mostly sword wielding enemies while another had a mix of axes and lances. I decided to send Cordelia, my one lance wielder at this stage of the game, along the first path with the goal being for her to capture the fort farthest away. That left the other for Frederick to handle, whose axe would best all the lance wielders and be able to handle the other axes without much trouble. 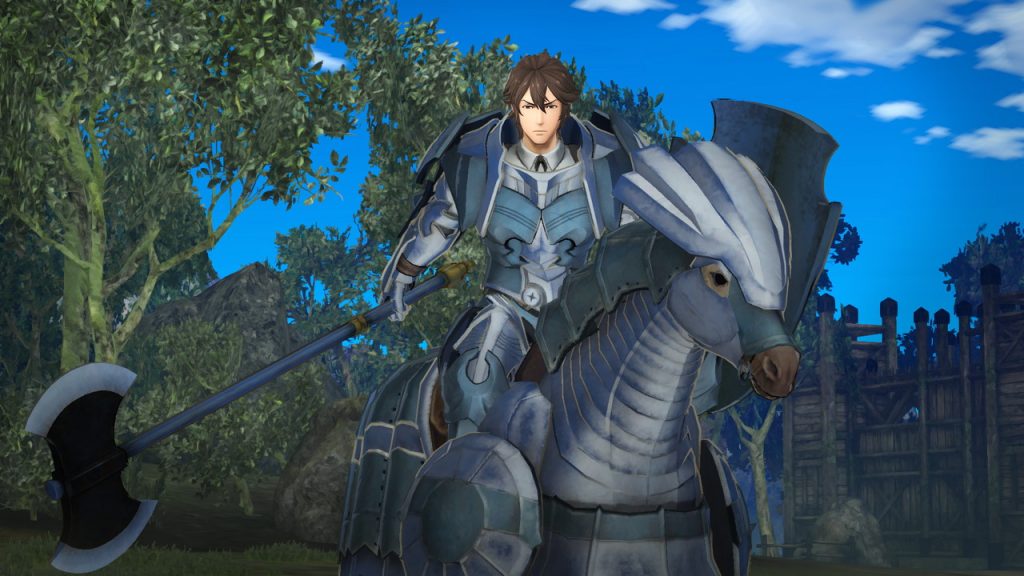 It wasn’t some kind of grand plan that would play out over several turns, but an active assault where I could respond to any surprises immediately and on my feet. This is helped by the ability to switch characters on the fly, letting my two-pronged assault work that much more smoothly. Instead of hoping the AI would lead Cordelia along, I could easily tap a button and I could control her directly. Later on, this switching goes from convenient to necessary, when objectives throw reinforcements your way or a crucial fort or ally is about to fall.

Hand-in-hand with both of these is the Pair Up mechanic. First introduced in Awakening, it allows an ally to “leave” the battlefield and instead act as an assist for another character. This couples with the Triangle perfectly, as I could have a sword character paired with an axe user and use my teammate to break any potential lance enemies’ guards. Pairing up even bolsters basic combos, letting you switch character mid-assault to start your chain again.

All of these mechanics together give more tools to the player than I expected from a Warriors game. It’s all enjoyable as-is and makes for a great first impression of a game I’d began to lose sight of with Super Mario Odyssey’s release fast approaching. Don’t miss out on this one, and look forward to our full review coming soon.