Plenty of games that were once exclusively available in Japanese have seen fan translations within the last decade, from the well-known (Mother 3) to the more obscure (this surprisingly good Cardcaptor Sakura PS1 game). This latest example falls into the latter category, being a localization of a spin-off to the Far East of Eden series, which itself has only seen one official release in the west: the Neo-Geo’s Kabuki Clash. 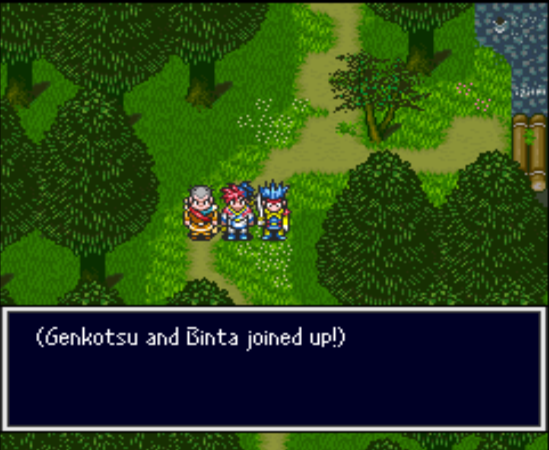 Far East of Eden Zero is a classic turn-based roleplaying game for the Super Famicom that sets itself apart with a real-time clock. Much like Pokémon Gold & Silver would later accomplish, playing the game at certain times on certain days would result in different events playing out. It also has stellar graphics and sound for the time, thanks to the SPC7110 chip which was only used in a scant few Hudson games.

The fan translation even functions on a legit Super Nintendo. Check it out:

You’ll be able to download the full fan translation patch on October 22, the release date confirmed by @RetroTranslator on Twitter. Be sure to keep an eye on the project’s RomHacking.net forum page in the meantime.