Nintendo of America released a helpful chart featuring recent and upcoming 3DS and Switch titles on Twitter today. Games ranging from popular releases, like Mario + Rabbids Kingdom Battle and Fire Emblem Warriors, to more mysterious titles that we know little about, like Octopath Traveler (working title), are listed in chronological order, according to their detailed or general launch dates. 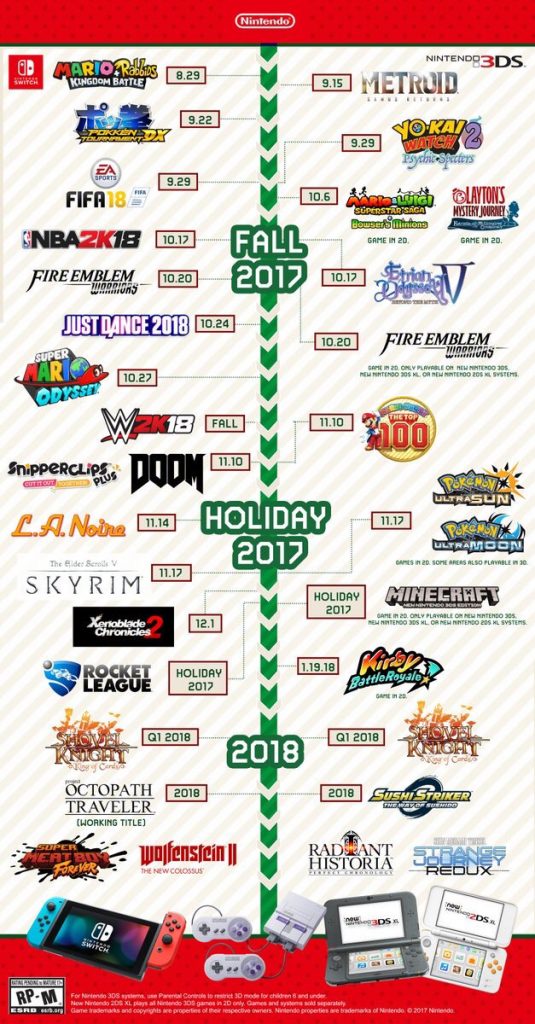 We’ve gotta admit: Seeing all of these games together in one place really solidifies how much Nintendo is rockin’ the releases throughout this year, all the way into 2018. Now, if only there was a chart that included all of the projects the Big N is involved in outside of the video game market — a park at Universal Studios and character appearances in movies like Detective Pikachu and Wreck-It Ralph, to name a few. Then we’d really see exactly how much Nintendo is taking over the world.