Five lucky kingdoms were picked out by Nintendo in preparing Mario for his latest adventure in Super Mario Odyssey. Yesterday, starting in the Los Angeles Kingdom, fans gathered to play in the Metro or Sand Kingdom and take some photos with Mario and his new friend, Cappy.

Advertised with the hours of 3:30 – 6:00 p.m., the line for the demo was capped well before anything opened to the crowd. The demo that was available at the event is the same one that debuted at E3, which gave players ten minutes to run, jump, capture and more in New Donk City or Tostarena Town. With eight Nintendo Switches in handheld mode, roughly 120 people could take the neon Joy-Cons for a spin. Plenty of people were turned away, even with the extended hours Nintendo added to the event. 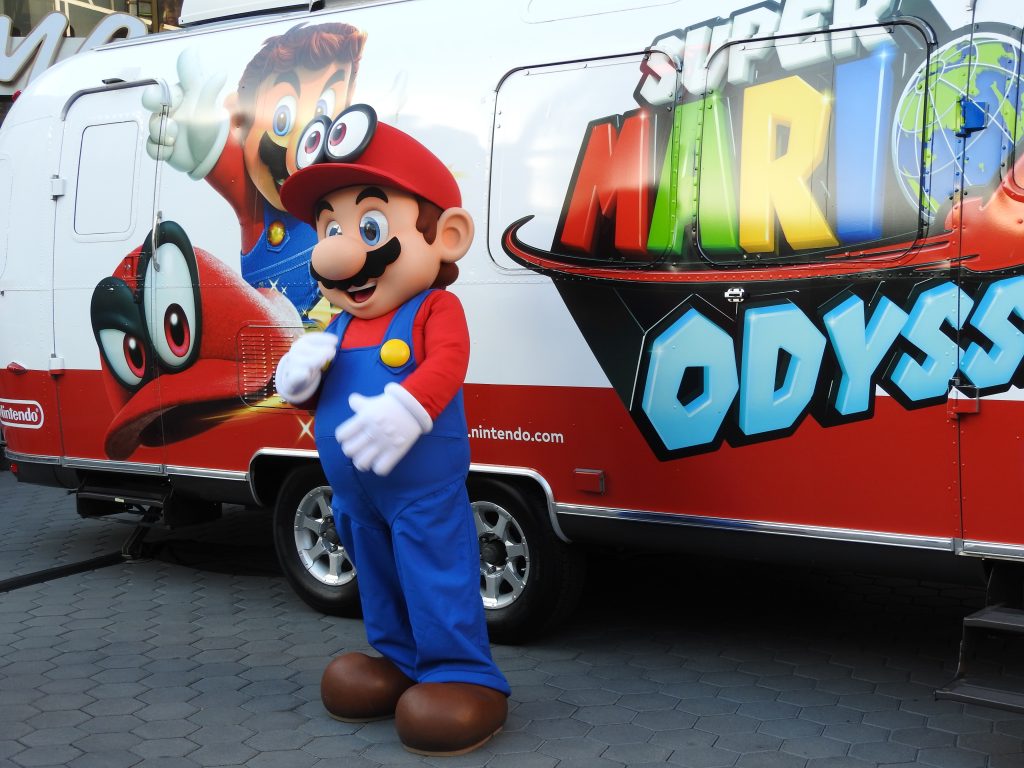 Those who were lucky enough to make it through (or in my case, be part of the media coverage) would receive their very own Cappy hats (specifically the one that recently debuted in GameStop stores and online), along with a sticker booklet advertising the game and a set of postcards featuring some of Super Mario Odyssey’s kingdoms. As for people passing by or those wanting to check out the large screen overlooking the stage, Nintendo employees and Treehouse crew members were passing out sticker booklets and some of the postcards.

It was also at this stop that Mario debuted wearing Cappy, and fans got their first look at his Cappy trailer that will have him explore the United States as he makes his way to Dallas Kingdom, Chicago Kingdom, Philadelphia Kingdom and New York Kingdom this month. Mayor Pauline and even a few citizens of New Donk City joined in on the fun. Attendees could wait in line and take some photos with Mario, the Cappy themed trailer and Mayor Pauline! For certain photo setups, Nintendo provided a photo booth that would print out photos on the spot. The photos given to fans were extra special, as they had Mario Odyssey logo overlays applied to them. 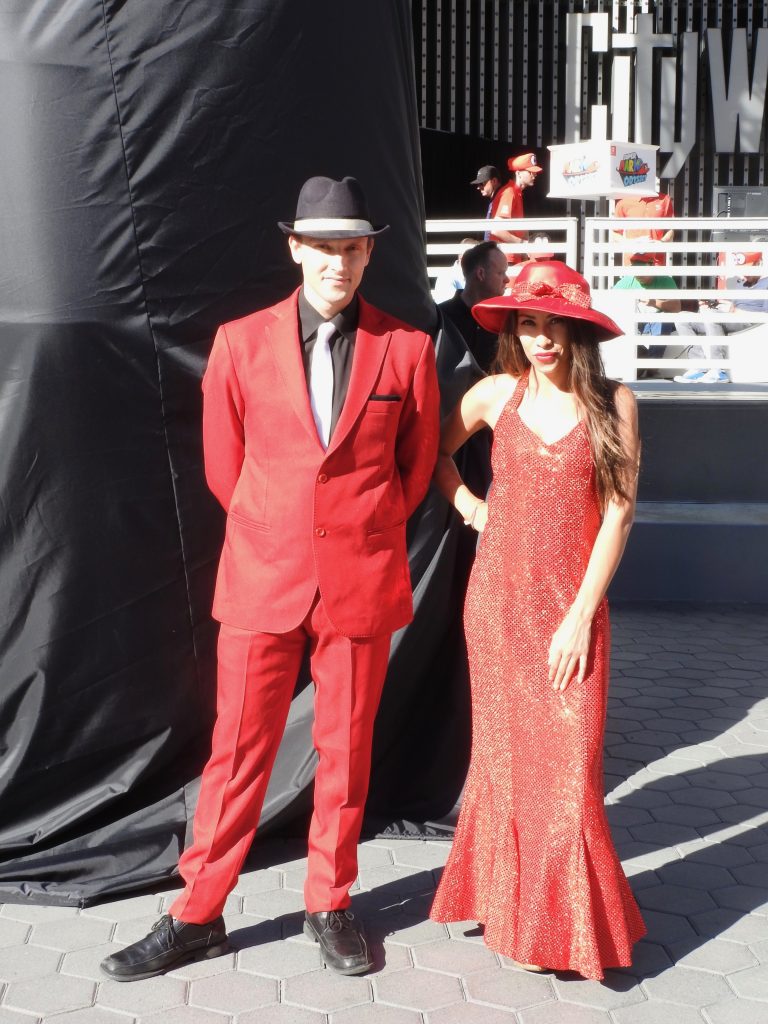 There was one last surprise during the event. Prior to its release on YouTube, we were treated to the premiere of “Jump Up, Super Star! A Super Mario Odyssey Musical” video.

Overall, the event is a great way to get the Cappy themed trailer going for the game’s release later this month. After witnessing the incredible demand, it would have been nice to see a larger area dedicated for more demo units so more people could try the demo. That said, if you plan to check out any of the remaining four stops, I can’t suggest enough that you show up early. Luckily, Dallas, Chicago and Philadelphia seem to be nearly all-day affairs instead of the two and half hours available in Los Angeles. As someone who has played Super Mario Odyssey previously at E3 and Los Angeles’ Nintendo World Championships 2017 qualifiers, I’m still finding new places and things to explore in this demo build. While I’m more of a Legend of Zelda fangirl compared to the Super Mario franchise, this game keeps pulling on my heartstrings due to its tie-ins with Super Mario Sunshine and its fantastic game design. 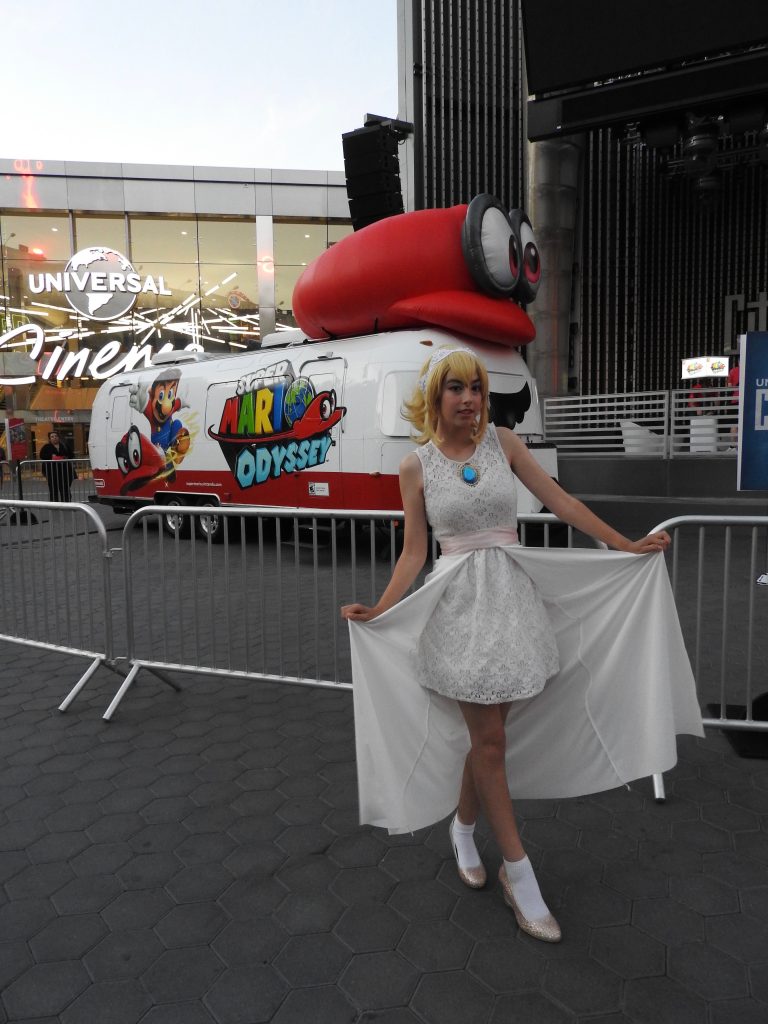 I’d like to give a shoutout to Atlas, a cosplayer who was dressed up as Princess Peach at the event. It looked as though she was perfectly ready for Super Mario Odyssey’s wedding. And when it comes to real life appearances, you can expect her to (probably) attend Stan Lee’s Los Angeles Comic-Con “Kingdom” later this month. 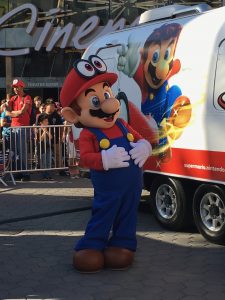 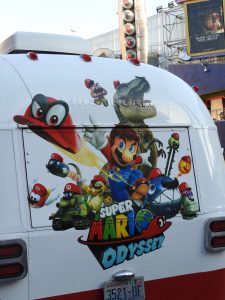 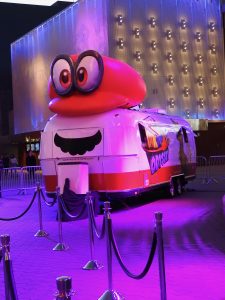 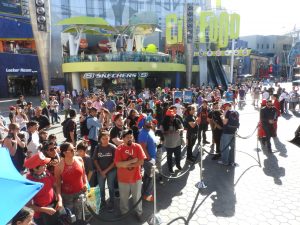 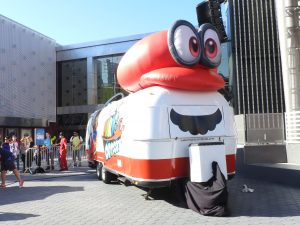 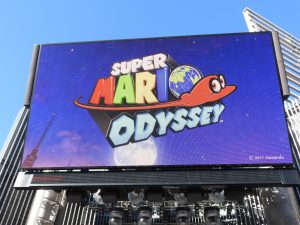 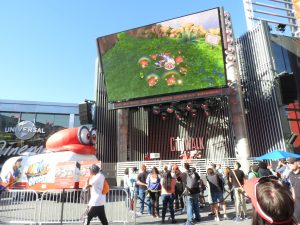 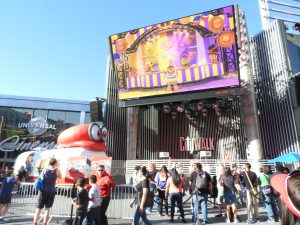 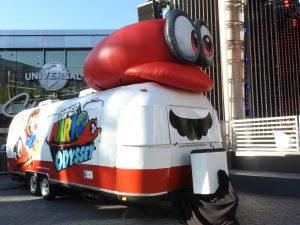 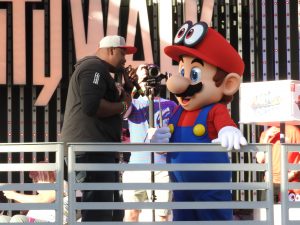 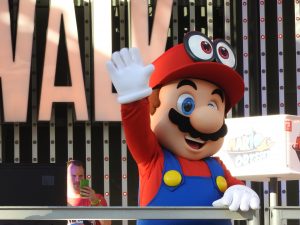 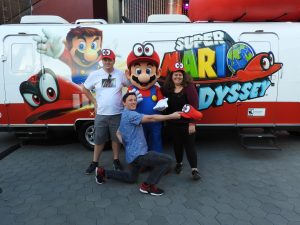 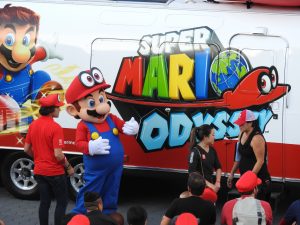 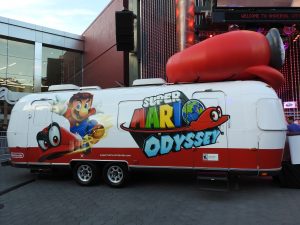 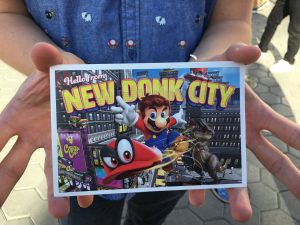 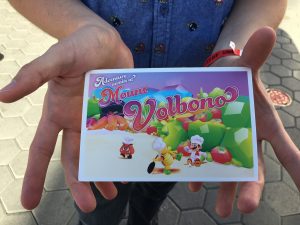 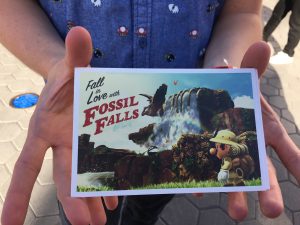 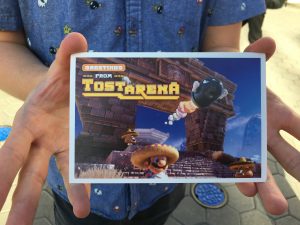 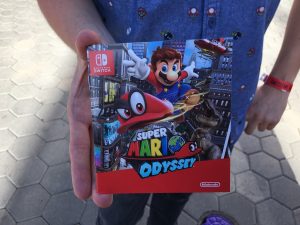 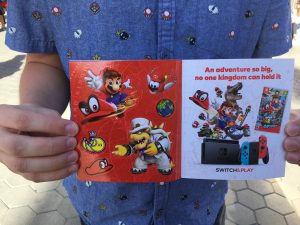 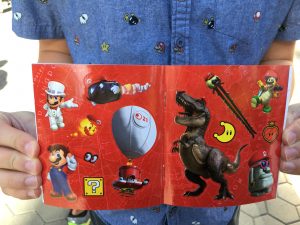