If you’re the type of player who looks for a new adventure every time you play and you have a soft spot for tactical turn-based combat, this news might be of interest to you. Developer and publisher Impact Gameworks is bringing roguelike dungeon crawler Tangledeep to the Nintendo Switch sometime in early 2018.

Fans of classic RPG treasures like Secret of Mana and Chrono Trigger, along with those who have dabbled in the more recent gritty wizardry of Diablo, will be able to start a new journey in the pixelated 2D world of Tangledeep. Heroes are set to the task of exploring strange new areas, fighting enemies and taking on bosses, all while battling it out using a strategic combat system in an ever-changing labyrinth environment. Using the game’s character job system and a wide range of equipment, players can expect a completely unique experience every time they start the game. 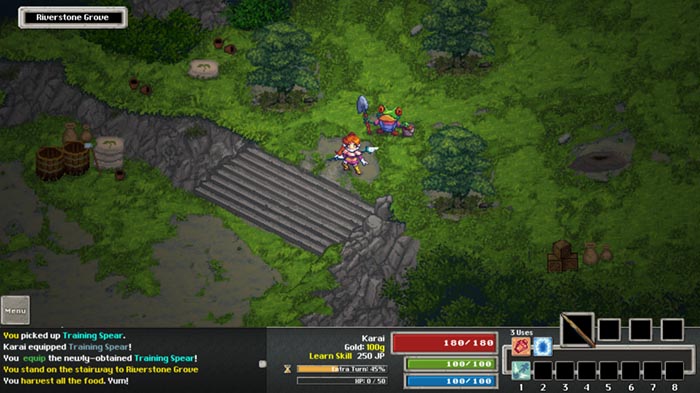 No RPG gem is complete without a truly remarkable and memorable soundtrack. What really makes it shine is the fact that two different styles are featured for the game: an old school SNES version that will take players back to the golden age of gaming, and a modern rendition with orchestration and live-recorded instrumentalists that brings an extraordinary sense of majesty to all who are fortunate enough to give this treasure a try.

Largely including music written by Andrew “zircon” Aversa (the game’s programmer and designer), the Tangledeep soundtrack will also feature guest contributions by legendary composers such as Hiroki Kikuta of Secret of Mana and Seiken Densetsu 3 fame and Grant Kirkhope, composer for games like GoldenEye 007, Banjo-Kazooie, and Yooka-Laylee.

This successful Kickstarter project that has drawn from the rich history of roguelikes NetHack and Shiren the Wanderer has already made its way to Steam Early Access. If you haven’t yet tried it out there, we recommend you get a glimpse of what you can expect from Tangledeep in the trailer below. Stay tuned for more details about the release as we near 2018.