Video game golf has arguably been perfected ever since the days of the NES, with a generally accepted standard of three button presses: one to start your swing, another to lock in your power and a third to hit the ball square on. As a result, golf games have had to change things up to stand out among their peers, whether it be by introducing more social elements like Everybody’s Golf or becoming more of a simulator, like EA’s Tiger Woods/PGA Tour franchise.

Indie developer Sidebar Games has its own take on the genre with the Switch eShop exclusive Golf Story, which sets itself apart with something rather unexpected: narrative.

Not quite Tin Cup

It’s easy to compare Golf Story to Mario’s sport spinoffs, especially the portable versions released for the Game Boy Color and Game Boy Advance and their beloved RPG modes. That said, Golf Story takes the role-playing to an even greater extreme. Those Mario titles, even at their most RPG, were still fundamentally focused on the sport, with only a light narrative guiding the player as they rise through the ranks and level up various skills. Golf Story, meanwhile, treats the golfing as a means to an end and very rarely takes itself seriously.

One minute you’ll be challenged to approach the green with nothing but bunker shots, and the next you’ll be skipping your ball across the backs of turtles. Needless to say, if you’re looking at Golf Story’s main mode for a serious simulation of rising up to be a golf superstar, you’ll be disappointed. Go in with an open mind, though, and you’ll be taken on a fun, zany journey unlike anything else out there. 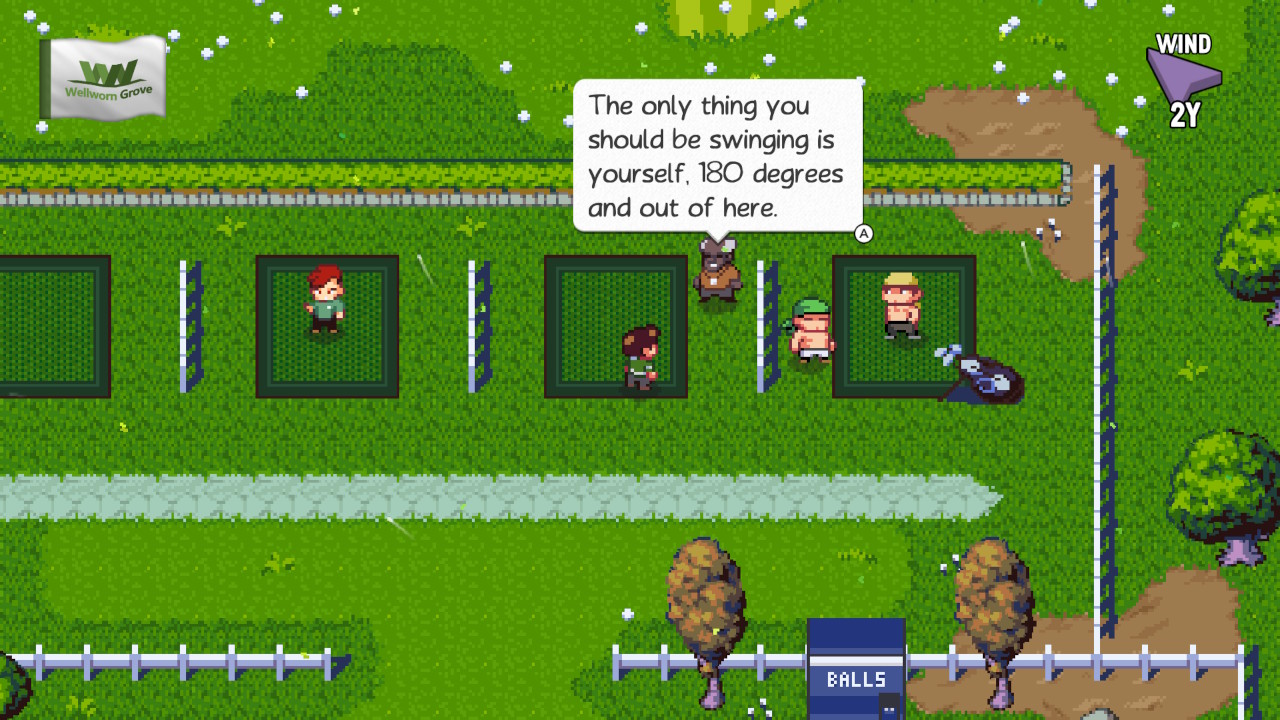 In truth, Golf Story is most similar to the normal Mario RPGs rather than their sporty equivalents. There’s the irreverent charm of Paper Mario peppered throughout, with each NPC having their own personality and unique lines of dialogue. They also react differently to being hit with a golf ball, so if you were the type to get Goombella to tell you about every single NPC in the Thousand Year Door, you’ll no doubt be throwing the dimpled sport eggs at every bystander you can find.

It’s also worth noting that while the game does rely on stereotypical archetypes at times, it often manages to subvert them in entertaining ways. The coach who wouldn’t be out of place in an ’80s sports movie isn’t as enthusiastic about his job as you’d expect, while the cocky rich kids who act as early rivals show a general self awareness that lets them come across as endearing once their facade is broken. 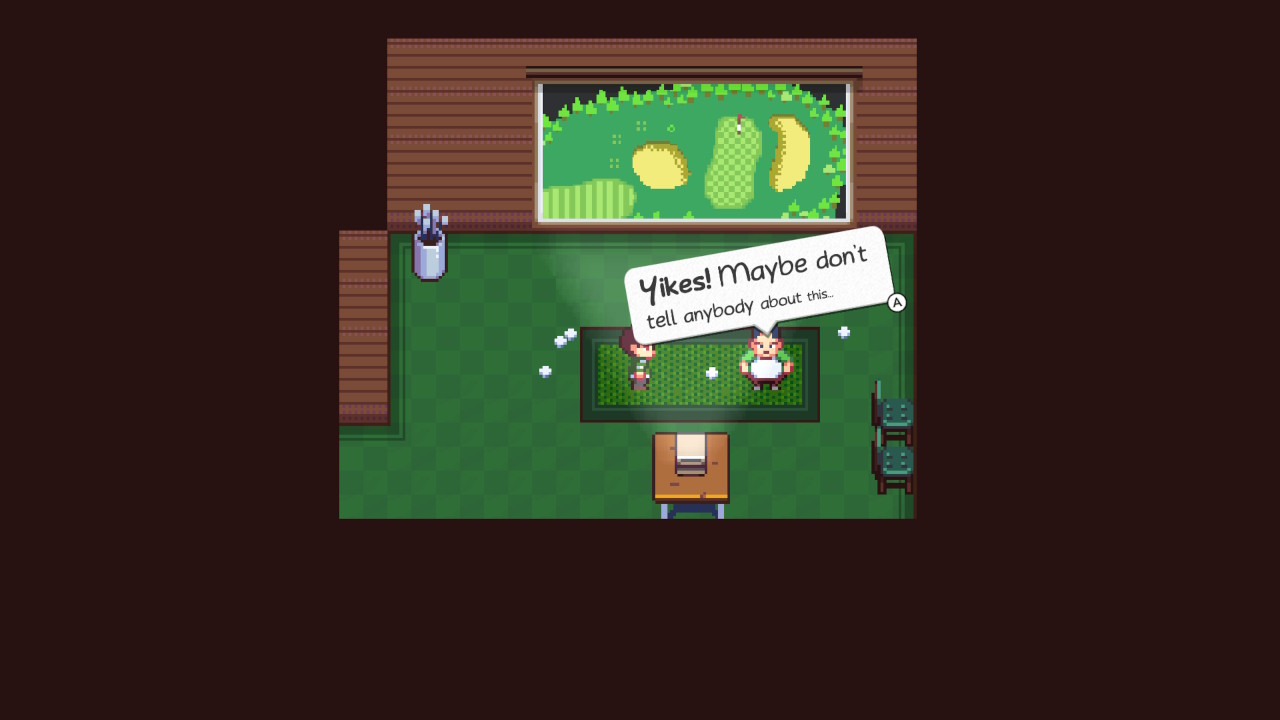 As for the locales visited in the game, it’s a journey across all sorts of different environments, with each having a distinct personality and different mechanics to contend with. For example, in the tall mountain courses you’ll have to contend with wind a lot more than the overgrown, bunker-ridden area you start out in. There are even more unusual locations you visit but spoiling them would ruin a significant part of the game’s charm.

Each area also has some phenomenal sprite work and accompanying music, with the latter covering a wide range of fitting genres. If you are concerned about the UI looking far sleeker than the pixel-art don’t worry either, as the various elements are animated in fun ways that would look far less impressive if they were made of pixels. More than once text boxes expand, shrink and even get crooked, making the cutscenes even more enjoyable.

Of course, the “story” part of Golf Story is only half the picture, and thankfully the core golfing gameplay holds up as a stellar experience. Everything feels perfect, from the slight adjustments you can make to account for wind to the satisfaction of landing a chip-in from a bunker. Naturally, it has typical RPG elements too, like leveling up and equipment, all of which lend a sense of progression to the adventure. Having a hard time reaching the green in an early challenge? Come back later and it’ll be a piece of cake. 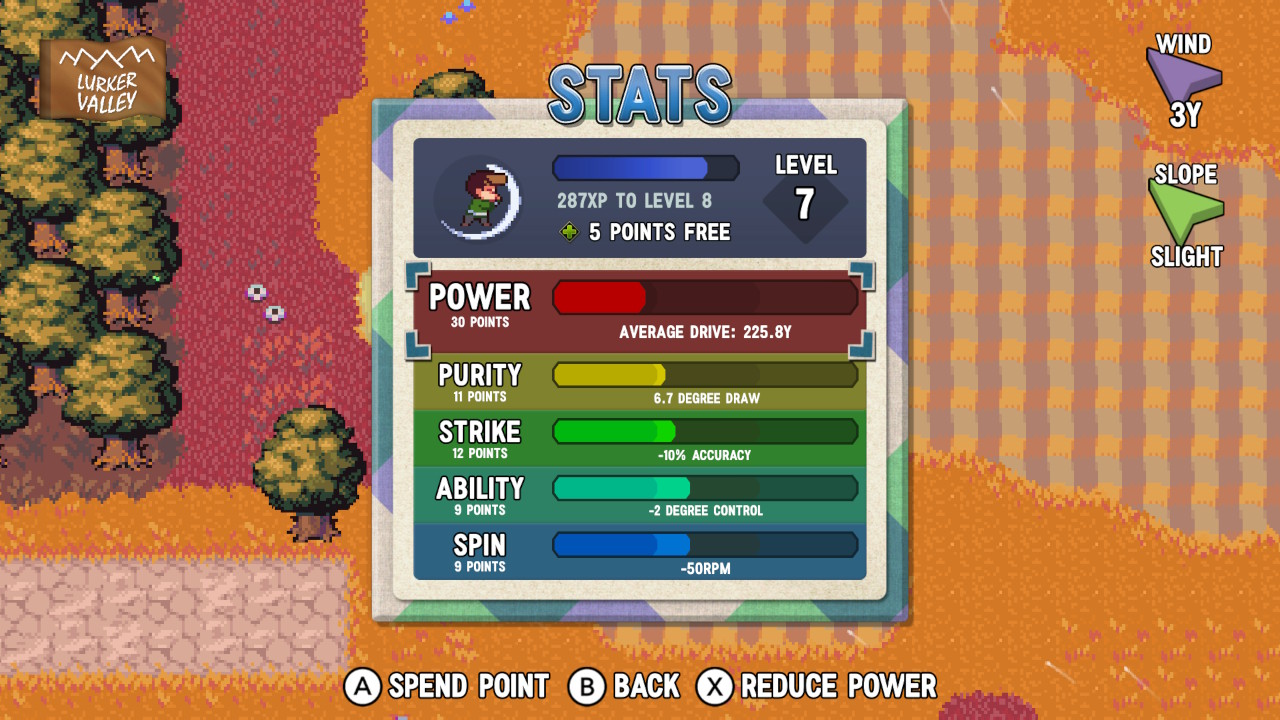 The side challenges are what really make the gameplay shine, testing your golfing prowess in many different ways. In addition to the aforementioned bunker shots and turtle skipping, you find yourself teeing off from swan boats, digging for treasure with a wedge and much more besides. Some of these can get overly long at times, but the sheer variety on offer means it never gets too repetitive. 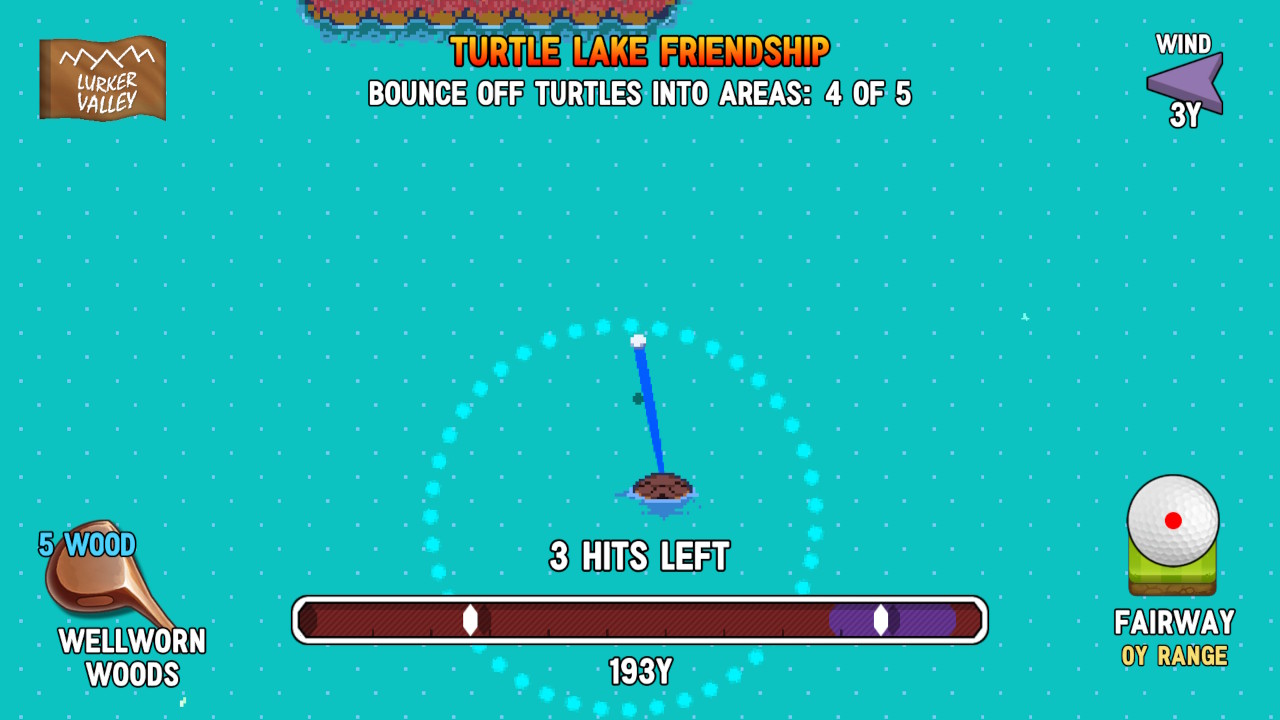 There are a few other sports you can take part in with similar but tweaked mechanics as well, like disc and miniature golf. While not as fleshed out as normal golf, they offer a nice distraction with their own little quirks.

If you are looking to just to play some normal golf you can access the Quick Play option from the main menu, which offers various courses from the main game with toggle-able options, such as wind speed, terrain steepness and more. You can also play this mode multiplayer, making it a perfect pick if you just want some arcade golfing action.

As golf video game mechanics have been tried and tested for years now, there’s little in the way of tutorials for newbies in Golf Story. Thankfully, following the prologue you can drop a ball wherever and test things out with no consequence, while the button layout is just a press of the minus button away. Still, if you haven’t played a golf game before it may take some time to get a handle on the mechanics.

When I first saw Golf Story I was intrigued and excited, but also slightly skeptical. After all, a narrative-driven golf RPG is a pretty odd premise that’d be hard to pull off without the right sort of affection. Sidebar nails it, making one of the most enjoyable adventures I’ve had in a long while that manages to outshine most of Nintendo’s own comedic RPG output in recent years. 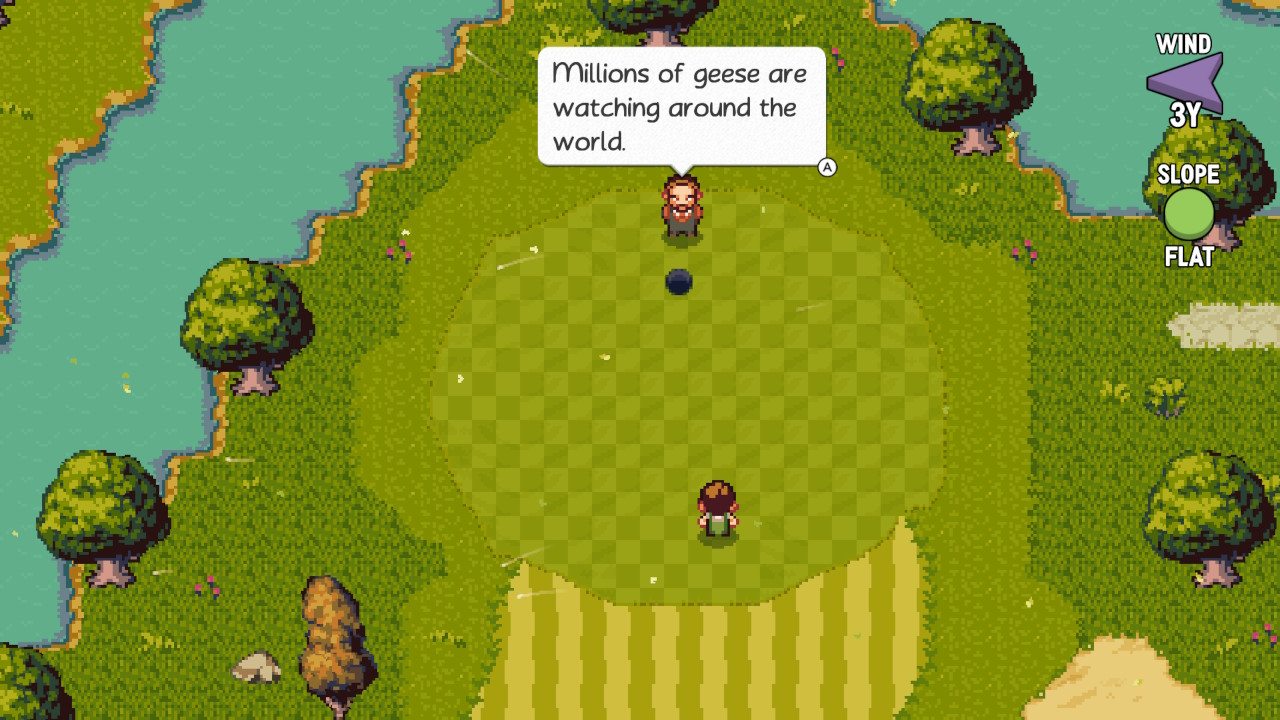 If you have a Switch and want a game that offers not only a fun narrative, but pristine and precise gameplay, Golf Story is a hole-in-one you can’t miss. 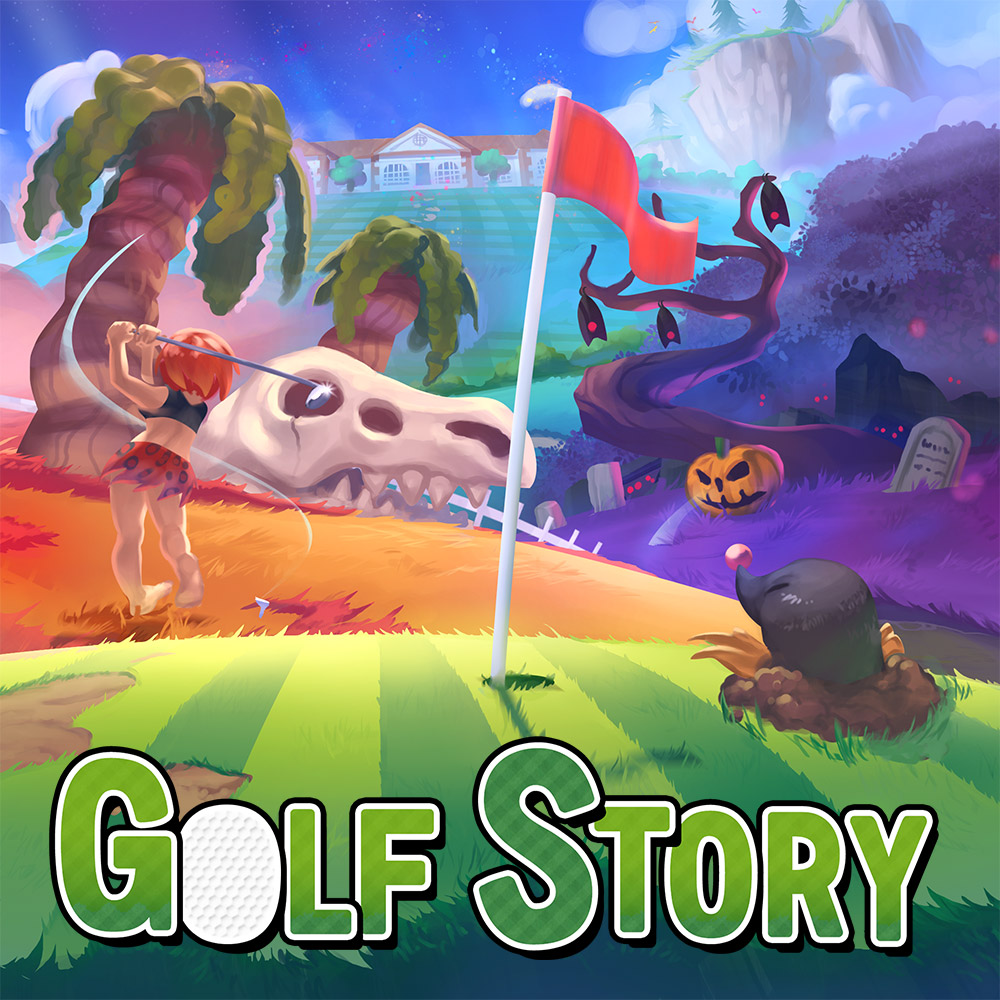