Copying is what Kirby does, but the pink puff’s style has always been his own. He floated onto the scene in 1992 and had his first console Adventure the next year, all under the watchful eye of Masahiro Sakurai. Kirby’s Dream Land 2 would arrive in ‘95, with a few other spinoffs along the way without his direction, but for a darn good reason. Presumably, during that time work was being done on what would go on to become the gold standard of what Kirby could be and still is now, in the grand celebration of his 25th Anniversary. 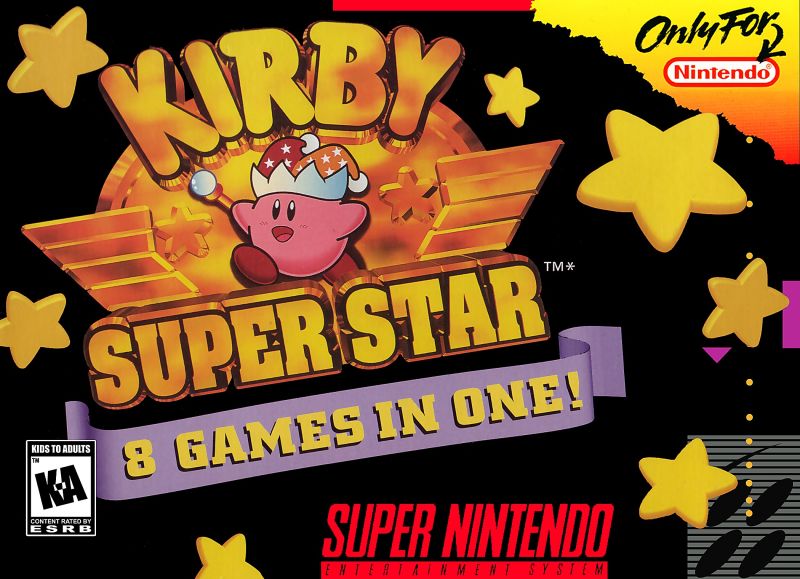 The game was called Super Deluxe in Japan for a reason. Made up of eight different games altogether, it was the biggest Kirby game to date. All that fun wasn’t just from quantity though. The sprites and sounds of this multipack are some of the finest on the system, with a bright and cheery style that lasts from beginning to end. Even when things get more treacherous with some of its boss encounters (as they’re accustomed to do in Kirby games), it maintains this game-to-game consistency.

Jumping into Spring Breeze for the first time was amazing, as it was a condensed recreation of the original Kirby’s Dream Land. The game was in color and nearly everything was right where I remembered it. That’s already a great start, giving me the whole first game as a part of the package. But it’s when Super Star dares to be different from its predecessors that it really shines. 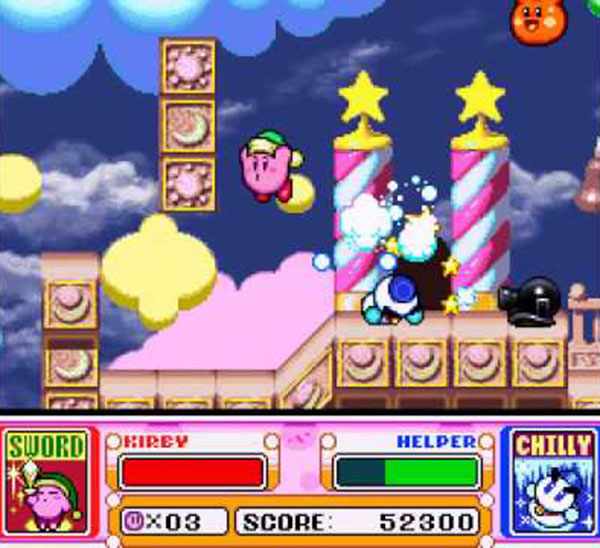 For one, Kirby was sporting some fantastic headgear whenever he copied an enemy. This quality became one of my favorites for the character, seeing his simple design adapt to these hats, outfits and colors. It’s thanks to this game that this became the standard, both for its aesthetic and gameplay advantages. Without Super Star we wouldn’t have Kirby dressing up as other Nintendo characters in Smash Bros., a travesty that I would never want to face.

It wasn’t just hats though. Kirby could remove his abilities willingly and toss them onto the field to spawn Helpers. These friendly, different colored versions of enemies would follow along and help out when things got tricky. Best of all, they could be controlled by a friend to turn this solo adventure into a deluxe duo delight. Kirby’s upcoming Switch title, Star Allies, knows what’s up with this feature, as it’s bringing it back and expanding it to four players. Yet another lasting impact of Super Star on the series, albeit one we have to wait a while for. 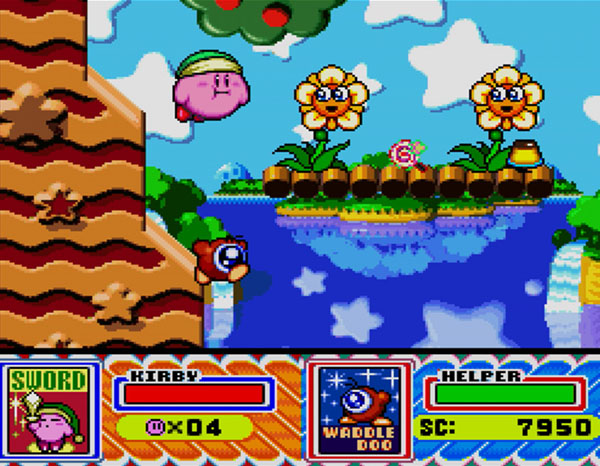 The Arena also originated here. These modes pit Kirby against every boss from every part of Super Star’s multiple games with limited healing items at his disposal. This test of endurance and skill is where true Kirby masters are made, and seeing them make an appearance in later games is its own kind of rewarding challenge. It’s also yet another piece of Super Star that transcends itself, showing up in Sakurai’s other works like Kid Icarus Uprising or Smash Bros. All Star mode.

The majority of Super Star’s greatness lies in three of its eight games: The Great Cave Offensive, Revenge of Meta Knight and Milky Way Wishes. Each of these is notably different from each other in spite of giving Kirby the same skillset. They’re a treasure hunting Metroidvania-lite, a race against the clock to infiltrate Meta Knight’s Halberd ship, and a tour across the galaxy in search of a wish-granting comet clock. While small compared to other, singular Kirby titles, they are collectively stellar and dense within this collection. I’ve enjoyed nearly every other Kirby game to come after this one, and yet when I want to remember exactly why I love these games so much, these three are where I go. 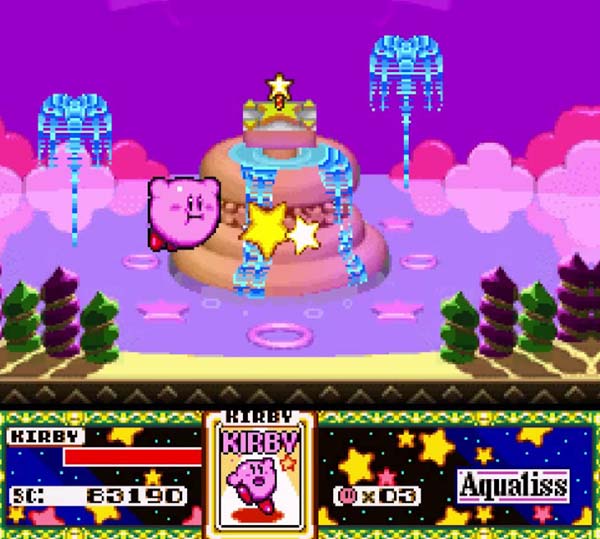 Kirby Super Star is everything a Kirby game should be. Ever since it was released, it’s defined the series to an extent, setting a bar that other games are measured to again and again. Certain titles, like Kirby 64 or Epic Yarn, are removed from this formula based on their gameplay changes, but if you’re playing a non-spinoff Kirby game it won’t be long until it’s compared to this SNES masterpiece. Even with a full and expanded DS remake of this one, there’s just something more visually appealing to me about the designs in the original. I rarely make definitive statements when it comes to game history, but as a self-christened Kirby Curator, I’m holding to all of this until Nintendo and HAL manage to grant my own wish and make that magic happen again.