Causing mayhem in Skyrim on Switch

Over the weekend I got the chance to play the Elder Scrolls V: Skyrim’s Switch version at Nintendo’s EGX 2017 booth. It truly is a marvel to see the massive game rendered on a portable, even if it is over half a decade old at this point, and the performance was quite smooth. Rather than simply wander the snowy landscapes and stab a few brigands, though, I decided to test out what most of my Skyrim playthroughs eventually devolved into – unmitigated mayhem.

To kick things off I fast traveled to Riverwood, the first settlement most players will come across after the tutorial, and went into the local shop of sundries to give the physics manipulation a go. If you aren’t familiar with Bethesda’s RPGs, holding down the “pick up” button (in this case A) lets you seemingly move objects with your mind. I used a bucket for my experiment and put it over the shopkeep’s head, a well-documented bug (or feature, depending on your point of view) which lets you rob the establishment with no real repercussions because hey, they can’t see you doing it. 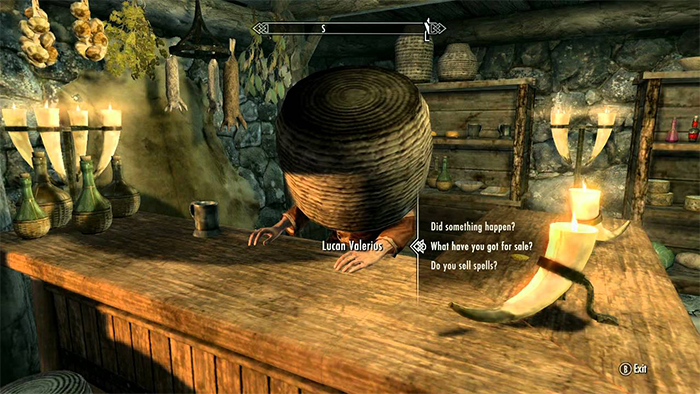 Unfortunately I didn’t account for the other villager in the room, who definitely did notice my thievery, whose accusatory combat pose caused me to run from Riverwood as fast as I could. This coincidentally let me check out a few hardware intensive moments, from the loading times leaving the shop to the frantic action of avoiding locals ready to skewer me for stealing a cheese wheel.

Loading times are comparable to other console versions and naturally can’t hold a candle to a solid PC set-up. Fast travelling took over 10 seconds, while entering instanced areas like shops was relatively quicker. As for the chaos that ensued after my robbery, I encountered no hitches even as I darted past slashed swords and confused chickens. Even taking an urgent dip in the eponymous river was a smooth experience. 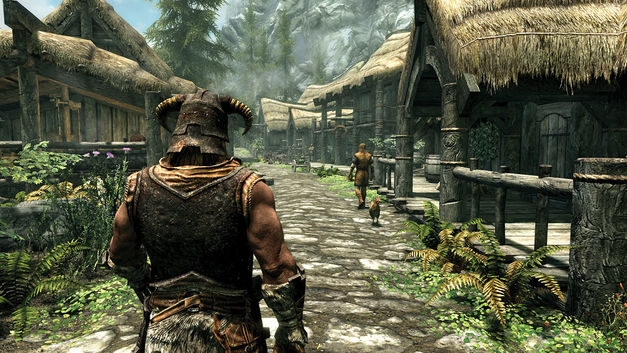 After I escaped into the nearby wilds I decided to check out the inventory and menu systems, which are a direct carry-over from the other console versions, for better or worse. While easy to use, the item management can be a chore. It’s also worth noting that the menu is brought up by the B button by default, which took some getting used to in the demo as my Breath of the Wild muscle memory kept holding it to run. Thankfully it sounds like button configurations can be customized to avoid situations like this, if you so choose.

As I was exploring the menus I also discovered the dragon shouts, of which three were unlocked. In case you’re unaware, these “shouts” are special abilities that let you manipulate the environment, other characters and even weapons. Of course I equipped the one everyone knows (Unrelenting Force, or “Fus Roh Dah”) and fast traveled to the city of Windhelm to test it out, hoping to send some physics objects flying with the power of my voice.

Sadly, activating it just infuriated the guardsmen and I had to run for my life… Again. 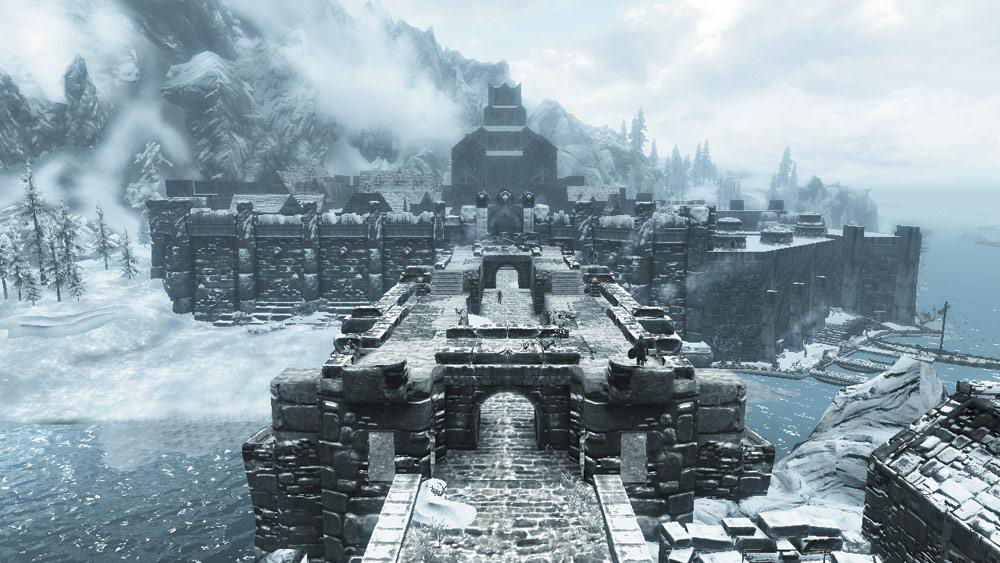 It’s worth noting that Nintendo didn’t restart the demo between players, so hours worth of people had already changed the state of the world by the time I jumped in. This not only means my numerous shenanigans would land later players in hot water if they ever returned to Windhelm or Riverwood, but it also resulted in a strangely quiet world. I found many battlements strewn with dead bandits from earlier playthroughs, even though I was just on the other side of the country, so it was definitely interesting to see the game retain that object permanence even on Switch.

Unfortunately it also meant I barely had any foes to fight as Skyrim was bizarrely peaceful. The only combat scenario I got into (that wasn’t spurred by stolen cheese or practical jokes) was with a pack of wolves, and while it was definitely cool throwing fire balls at them I didn’t stand much of a chance and promptly died.

My demo time with Skyrim only lasted around ten minutes but it was enough to learn that the game isn’t compromised in any way on Nintendo’s latest system. In some ways it feels right at home – being able to pick it up anywhere and explore a corner of the world for a few minutes has its own charms. 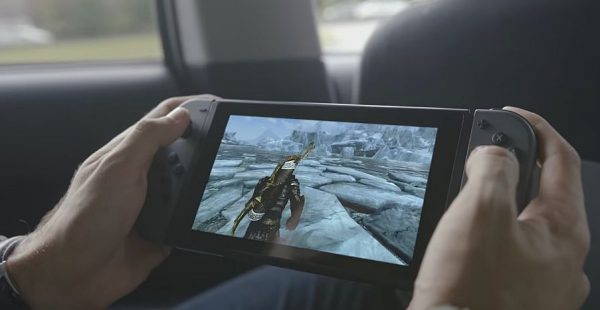 It’ll be interesting to see how Skyrim on Switch runs docked and with motion controls, but as of right now it’s a very solid port that might be worth dipping into this November 17th. Just remember to mind your surroundings when performing ridiculous heists.