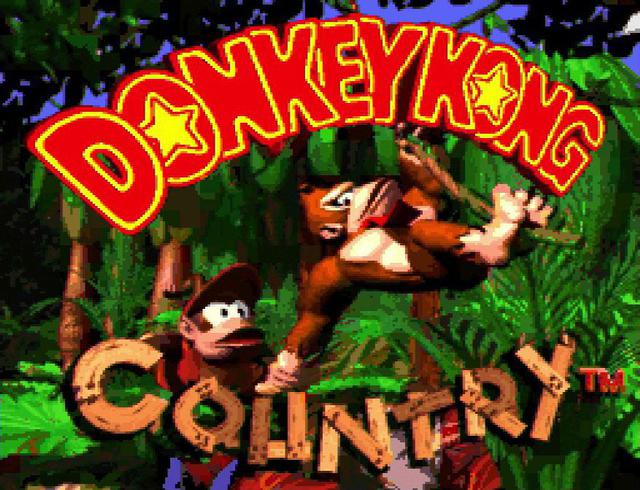 In case you’re unfamiliar, Donkey Kong Country is a platformer that stars our favorite ape, alongside his well-known partner in crime Diddy Kong, who actually debuted in this game. This time around, DK is painted in a much friendlier light, and only embarks on his journey of jumping on K. Rool’s minions because the King stole his banana hoard. Unfortunately, that’s about as deep as the plot gets, but that doesn’t take away from the amount of enjoyment you’ll get out of playing.

At its core, DKC was exactly what you’d expect from a platforming game: 40 levels of side-scrolling adventure where you collect bananas (in lieu of coins) and 1-Up balloons (in lieu of mushrooms). However, one of my favorite things about the game comes in its improvements to platforming staples. 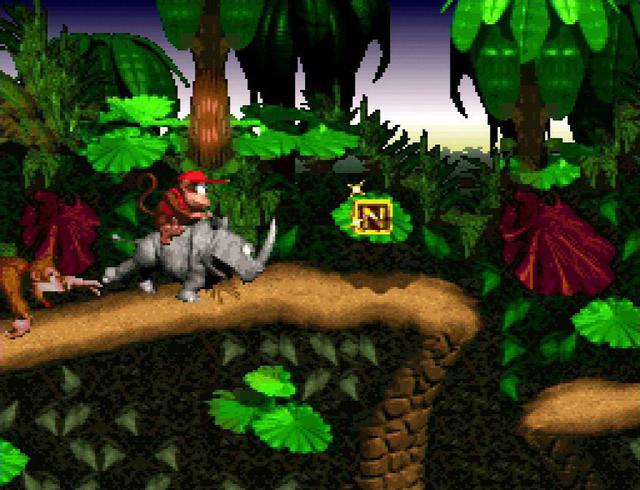 DKC offered five different unique rideable companions findable throughout its levels, who helped Donkey Kong traverse the terrain and collect everything he could. Players had access to more than one attack against enemies, and could switch between the game’s two characters at will in single player mode. However, the game’s best feature was by far its improvements to multiplayer mode in a platformer.

You and a friend each take control of one of the Kongs, and despite the fact that you can’t actively play at the same time, switching off is incredibly easy and becomes necessary when one player gets hit. Despite the fact that only one of you plays at a time, it feels like a team effort the entire time. It was an interesting way to introduce multiplayer to a platformer in a way that hadn’t been done before, and I have more than a few fond memories of going through the entire game like this with my best friend.

Since Rare’s buyout from Microsoft back in 2002, it’s been a long while since we’ve seen anything by them on a Nintendo console in the spotlight (even if it is a re-release and not an entirely new game). For a lot of younger kids, this is going to be a great way to introduce the origins of a series that they may have already gotten a taste of with Donkey Kong Country Returns and Donkey Kong Country: Tropical Freeze. 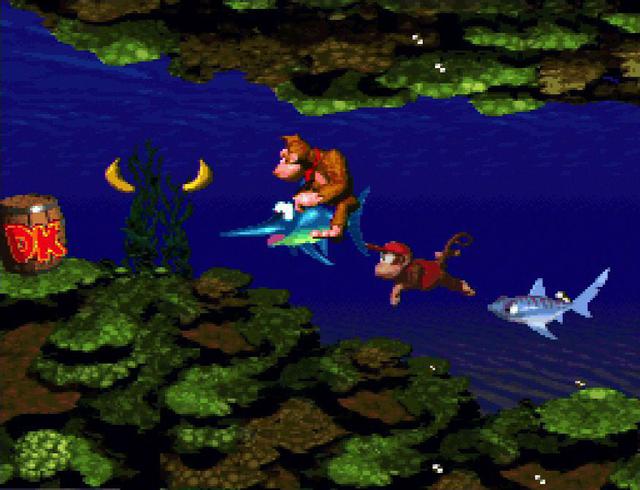 DKC’s re-release is also exciting because we don’t see Donkey Kong in the spotlight all that often, despite how solid his main series games are. Everybody seems to know him for his side game roles, particularly in games like Mario Party and Mario Kart, but good ol’ DK definitely deserves to be seen more frequently than he is.

While Donkey Kong Country might not have had the same kind of impact as some of the other games on the SNES that are typically regarded as iconic, it did go on to have two sequels and usher in an entire new era for our pal Donkey Kong. Without Donkey Kong Country, it’s likely the DK we know today would be entirely different, and somehow that doesn’t seem possible.

Oh, and if you’re looking for one of the tightest soundtracks on the SNES to listen to? Look no further.