After Nintendo Wire broke the news that Super Mario Run would be getting a new mode containing super short levels that had Mario rescuing Daisy, Nintendo has finally officially announced the update.

The new mode, officially called Remix 10, has players running 10 second levels in groups of 10. These levels have rainbow coins and no game overs. The story revolves around rescuing Daisy, who becomes playable once the mode is completed.

A final change allows players to play the game while listening to their own music. You can finally combine Mario and Iron Maiden!

The update will drop on September 29th, and starting that day, the $9.99 full game download will go on sale for half off for two weeks — so if you haven’t gotten it yet, wait until then. Happy running! 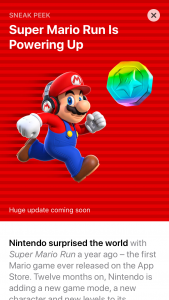 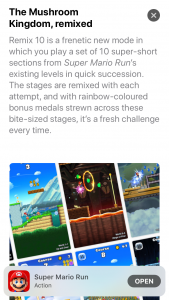 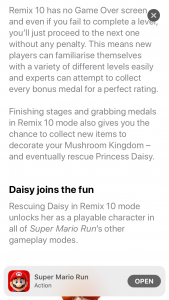 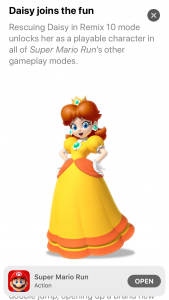 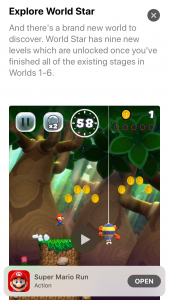 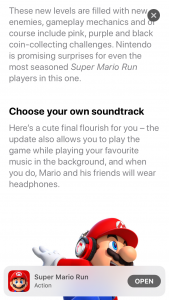 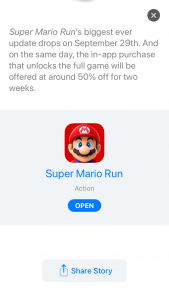