When I play games I’m the type of player to want to see and do everything I can. Every out of the way nook or conspicuously placed opening is an invitation to stray off the path and see what’s waiting for me if I just look hard enough. Rewarding players for their curiosity and exploration is part and parcel for a Metroidvania, but I can’t remember the last time I got so drawn in and addicted to that style as I have been with SteamWorld Dig 2.

Taking place in an Old West style frontier, you play as a sentient steam-powered robot named Dorothy. Searching both over hill and under hill for Rusty, protagonist of the first SteamWorld Dig, Dorothy finds herself drawn into her own adventure that ends up bigger than a search for a missing steambot. The game’s world is full of character designs that make the most of its concept, and its story of loyalty and answer-seeking can resonate with just about anyone. It doesn’t reinvent the wheel when it comes to narrative, but it holds its own and serves as a direct followup to the first Dig.

Down below’s the place to go

What really makes this diamond shine is the setting and the gameplay. Dorothy’s got no hope of finding Rusty up above ground, so it’s down into the tunnels and caverns beneath the surface she goes. What starts as simple (albethey pretty) dirt-filled mines soon gives way to more expansive and alluring ideas. You’ll dig through underground temples, glowing fungal forests and more over the course of your adventure — and it all looks wonderful. The visuals are vibrant and stylized, looking impressive in both handheld mode and on a big screen. 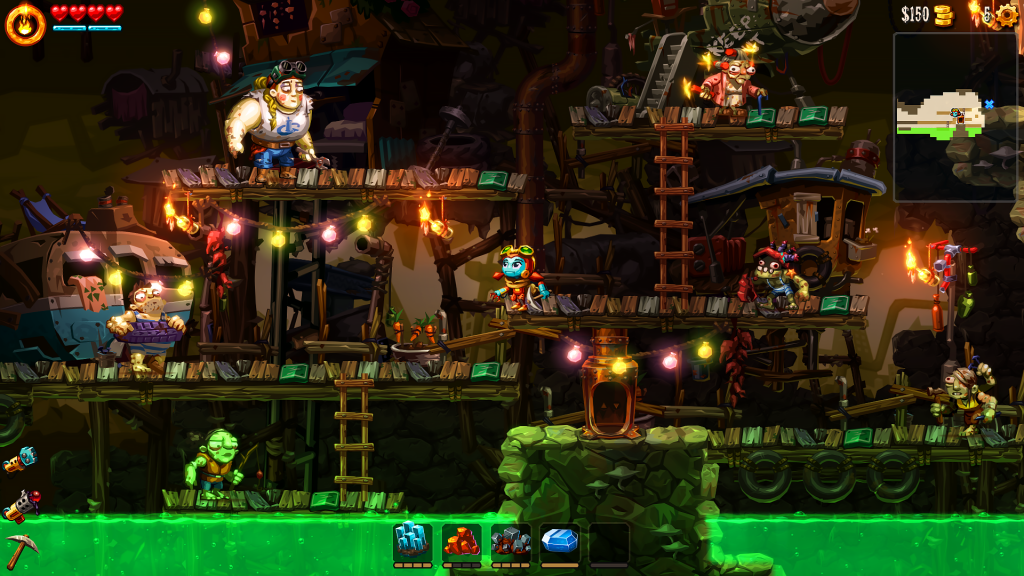 You won’t just be looking at these caves though, as this game’s all about going deeper and deeper into the dangerous depths of its seemingly bottomless map. You do this by carving into dirt tiles with your pickaxe, lit along by a glowing lantern and with a few open pouches in your bag. You’ll line those pockets with ores and jewels you find in special tiles, though soon you’ll run out of room or your lantern will start to fade and you’ll have to make your way back to the surface town via fast travel tubes that act as checkpoints in the mine. There you can sell the items you’ve found and use the cash to upgrade your gear. This’ll let you dig quicker, shine longer and carry more treasure so you can jump back in where you left off while continuing to keep heading deeper and getting richer.

This loop forms the crux of SteamWorld Dig 2 and I absolutely love it. So many of my favorite moments have come from pushing myself to go just a little deeper in order to grab more ore and stumbling on some secret section of the mines. It makes exploring just a little more harrowing too, as nobody wants to lose their hard-earned spoils when they’re scrapped by falling rocks or roaming enemies. It also is never forced on me directly. I can choose to press onward with little to no illumination or at low health, only heading topside when I feel satisfied. 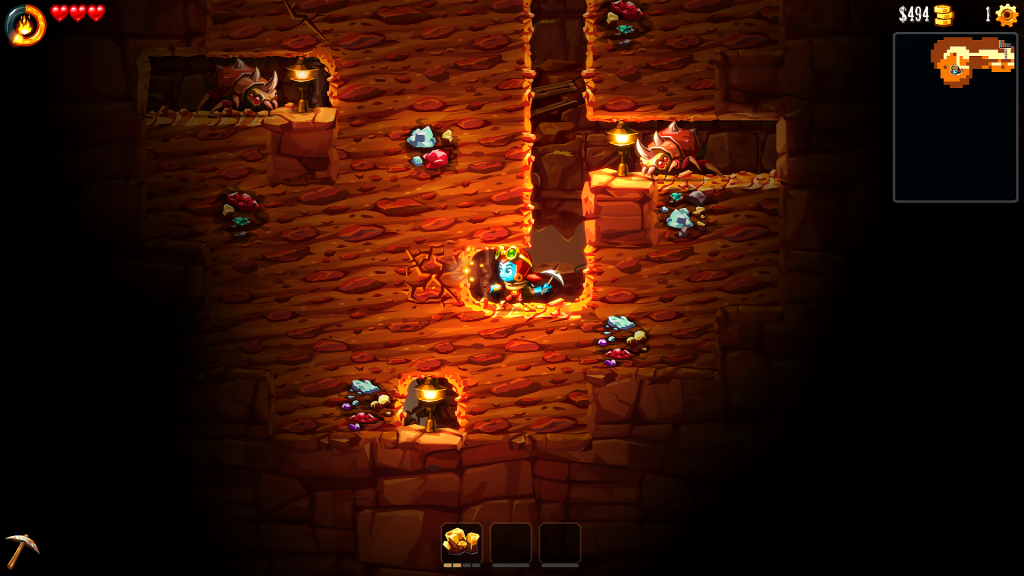 Along the way you’ll also find new gear, like a water-powered bomb launcher or a grappling hook shot. They’re usually located in separated caves with more direct puzzle solving or physical challenges, peppering in variety and testing just how well you can use everything in your growing collection. These finds supplement your ability to get around and handle situations, and can be upgraded just like your core, starting equipment. You do this not just with cash, but with hidden cogs as well, which can be used to add passive effects to suit your playstyle or be respecced to handle a given area. Again, it’s familiar Metroidvania territory, but SteamWorld Dig 2 pulls it off with such skill and charm that I continue to lose myself in its world trying to uncover everything.

Only a little tarnished

My criticisms of the game are few and minor, but bear mentioning. First, digging itself can feel repetious. I can’t fault the game for this too much, what with ‘Dig’ being in the title, and I enjoyed thinking about where and how to go when it came to carving my tunnels carefully — but it’s still a whole lot of picking away at block after block of dirt, which can wear thin from a tactile perspective. An early upgrade does provide a speedier, fuel-dependent alternative and HD Rumble enhances the whole experience… but the feeling of repetition doesn’t go away. 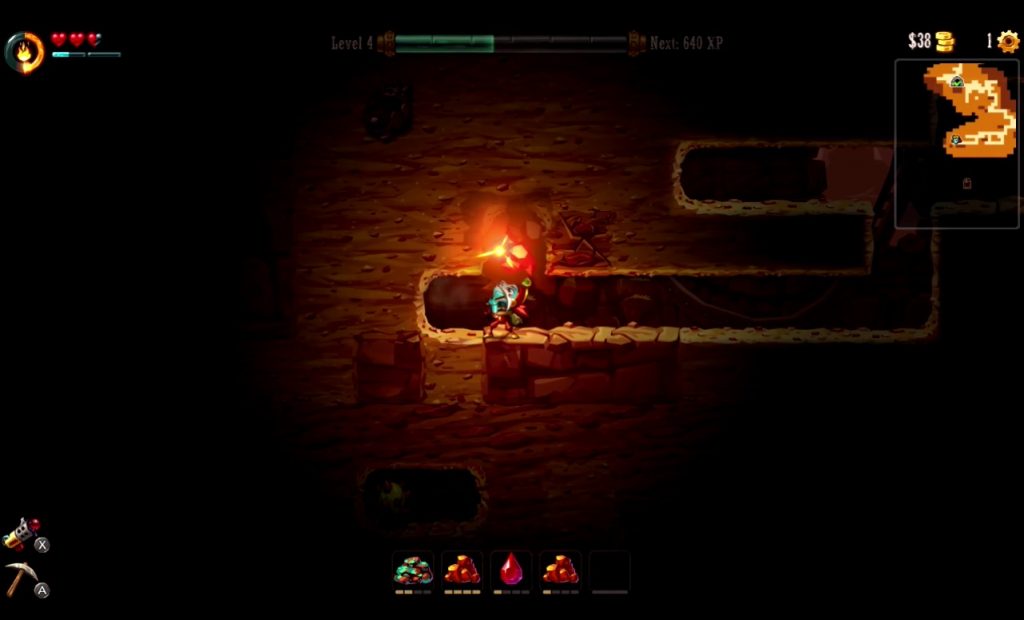 Backtracking is also along for the ride in the “new gear opens new areas” very common to Metroidvanias, and this also applies when it comes to looking for some ore you may have missed or left behind on a previous runthrough of the mines. Like I said, these are minor gripes at worst, and I’m usually occupied with a goal (both game and self-given) to notice them while playing.

There are so many other little things I’ve enjoyed about this robo-western tale. The writing, both for NPC dialogue and descriptions of equipment and well-hidden artifacts, is entertaining and full of charm. Even with the several hours I’ve put into the game’s catacombs, I’m nowhere near finished with its depths, both charted and unknown. A sense of discovery runs throughout the entire experience, made all the greater with a unique world and style carrying the journey. Both as a sequel and its own game, SteamWorld Dig 2 has more than earned its place in the Switch library. To put it simply: I dig it. 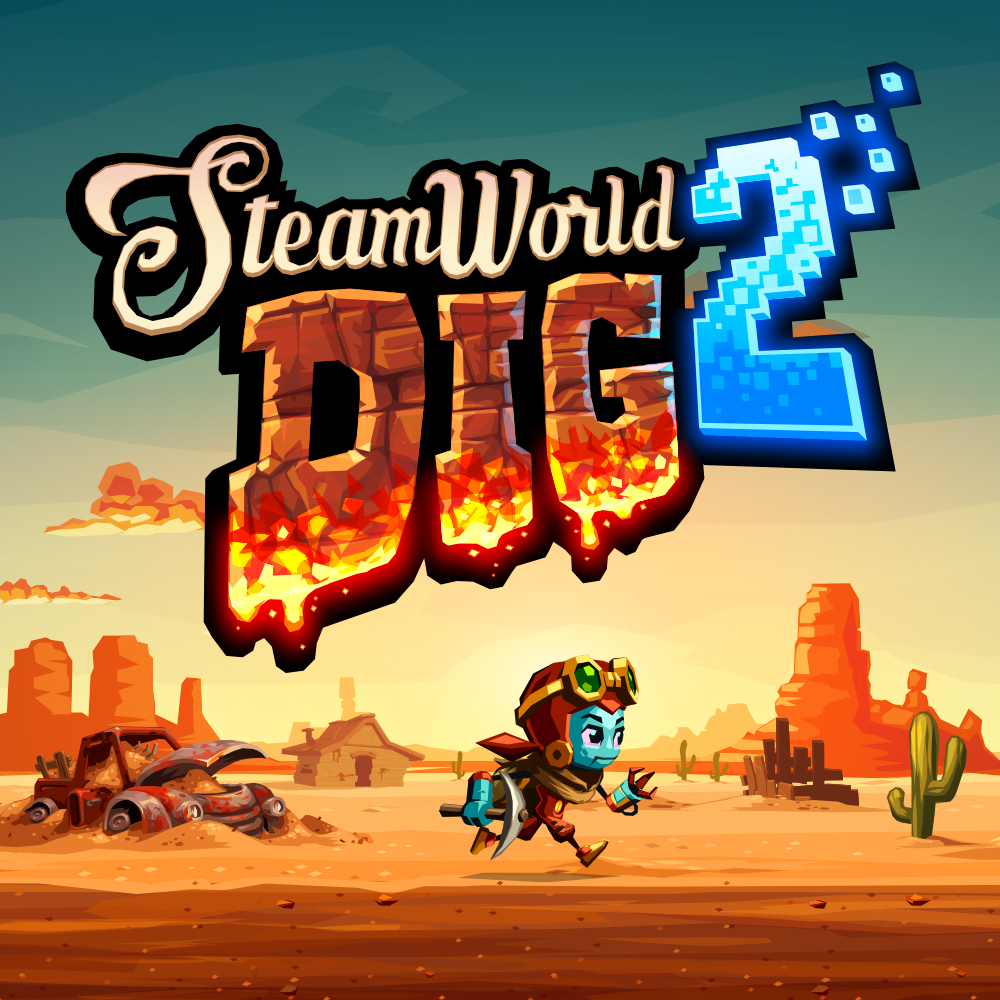