Splatoon 2 has been keeping the ink and updates flowing, but sometimes you gotta take the vibes out of the game and add ’em to your own space. That’s where these newly revealed Inkling figures come in. This gear collection set looks like it’s offering four Inklings (two boys and two girls, including the same marquee squid kids that were made into amiibo), as well as four sets of alternate outfits and accessories. Offering hats, jackets, headphones and alternate shoes, these offer you a great way to express yourself on your desk or shelf. 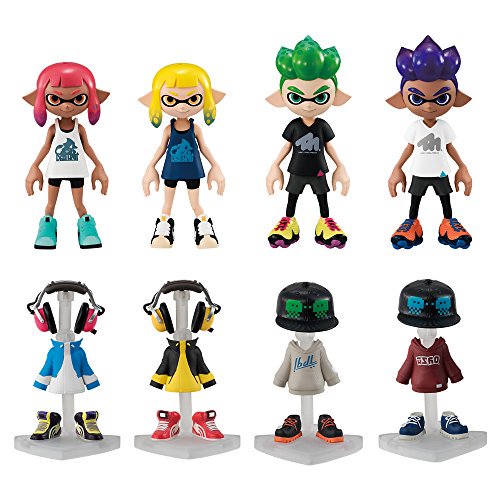 There’s no word on where you’ll be able to import them from yet, but the set runs about $45 after conversion. They’ll be squad-ing up and heading into battle on December 18th this year.