ARMS turns back the clock to detail its history, might be teasing its next fighter

I never thought I’d be curious about ARMS lore, but here we are with the latest update from Biff’s own Twitter account. This time it’s regarding the formation of two already known organizations: the ARMS Association and ARMS Laboratories. Turns out these two used to be one, larger organization in what can only be considered the good ol’ days. There’s even a golden age-style comic book shown in the center, with one figure in particular receiving focus there and in the photograph provided. 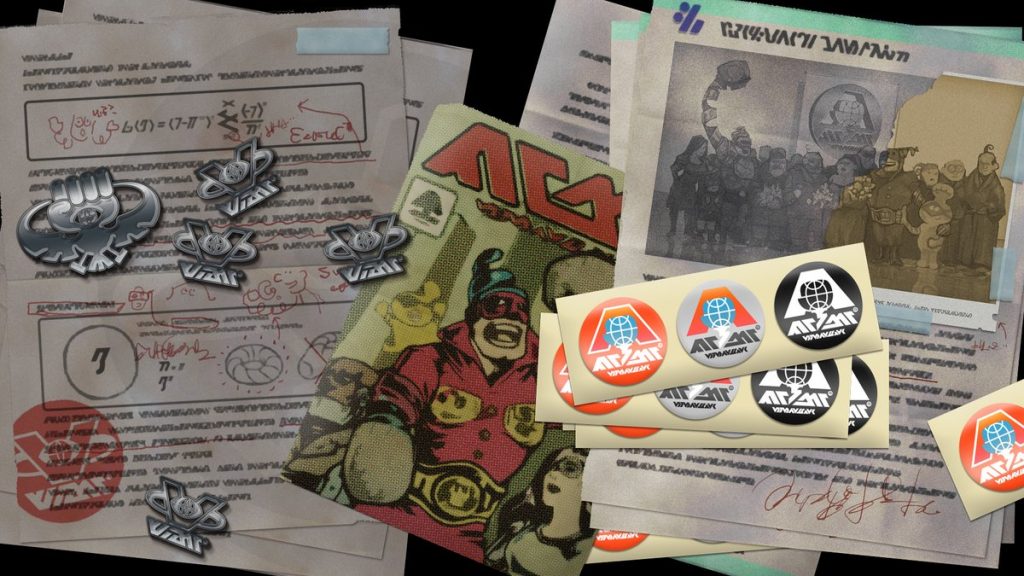 The red-clad individual looks to be a key player in ARMS history, maybe even the very first champion if the belt is to be believed. The bird-like insignias on their pockets are also evoked in the metal emblem on the left of the image, which may be a proto-ARMS Association logo. It’s even sporting a fist in place of a head, which calls to mind Biff’s own punch-ready dome.

Speaking of which, what appears to be Biff shows up in pretty much all of the pieces of history shown. Just how old is our little yellow commentator? Only time will tell, but with Lola Pop’s release behind us this could very well be laying the groundwork for an eventual 4.0 update.