Looking back at living with Animal Crossing for 15 years

Moving out and settling into a new place away from home is something everyone needs to experience. I recently did, crossing an ocean and starting fresh in a whole new country where I didn’t know anyone in my city. As I settled into my empty apartment with only the clothes on my back and a few odds and ends, I wasn’t too worried for some reason. I knew I had to get out there and explore what was waiting for me. I started making the rounds to places like the city office, general and furniture stores, and even managed to find a comfy cafe to unwind and grab a cup of coffee and a few smiles. Taking in my first sip I realized why things weren’t so intimidating, even without being able to fully understand the people or actions all around me. This wasn’t the first time I’d moved out after all.

About fifteen years ago I’d done this all before in a lazy little town on my GameCube. 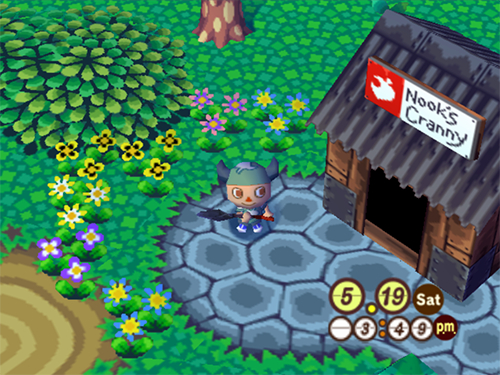 Animal Crossing was so novel an idea for me when it released in North America. It was nothing like the games I’d played before, but I wanted to try it for some reason. I’d try and explain why I wanted it or why I liked it to people and would get answers like “but what’s the point?” or “how is that a game?” I’d try and answer the best I could. I’d talk about how fun it was to dig up fossils or gather up a full museum of fish, or how you could celebrate holidays in game when you’d have the day off from school, but even with how much I liked those aspects I was missing the bigger picture and the true heart of the game.

Once I ventured out into the world myself things started to make more sense in Animal Crossing, and in turn the “real thing” didn’t bother me or seem all that difficult. The process of moving out was just another step to feeling at ease with your “town layout” as it were. Getting to know the unfamiliar people all around me and figuring out their varied personalities felt great, just like it did when I was forced by Tom Nook to introduce myself to everyone from the ditzy croc to the lazy bear. I knew I wouldn’t end up liking all my neighbors and that was okay too, only this time I couldn’t get away with whacking them on the noggin with a net. There were also a lot fewer rocks dispersing money as I’d have liked, too, but oh well. 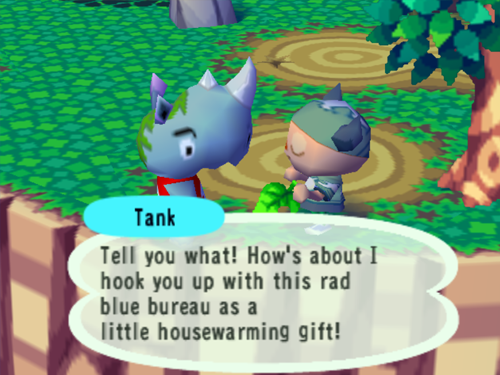 Living in Southern California, I don’t get a lot of variety in my weather. Rainfall is infrequent and not exactly tied to a time of year, and I’d never even experienced snowfall. Animal Crossing let me have a sampling of a real seasonal cycle and feels so synonymous with rain to me that when I had my first real life rainy season I couldn’t help but spin my umbrella every now and then. 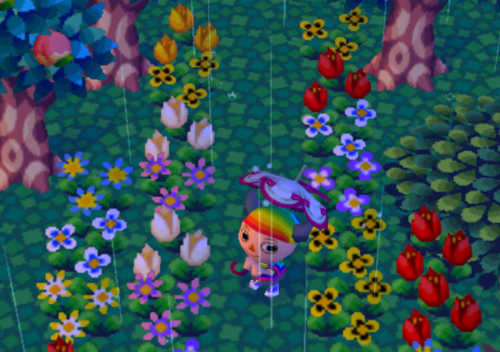 When I moved to Japan I even got a chance to experience one of the cornerstones of Animal Crossing’s design: going to someone else’s town. In doing so I got to ride a train to Kyoto during the summer and take a walk to Nintendo itself, hearing cicadas buzzing and seeing the real life area that I’m sure inspired a series I’ve grown immensely fonder of over time.

As I’ve grown more and more, layers of the Animal Crossing experience have become clear to me, but it’s still just as tough for me to put into words exactly what makes the series so pleasant. The key, though, is sharing the experience.

When New Leaf, the latest entry in the series, launched back in 2012, it became a social event for me due to my coworkers and friends all playing it together. We’d help each other collect furniture or go on island tours together, all the while trying to one up each other with town design. But for many in the US, it all started with the much simpler, much more isolated beginnings on GameCube. Whenever we do get a new title, be it on mobile or Switch, it’ll be the first time I’ll be experiencing it from the eyes of someone who’s lived a little more like my in game self. I can’t wait for that, and I know I’ll be riding the rails to new towns for the next fifteen years of experiences too.