Super September: Learning what it means to be a knight with Super Ghouls ‘n Ghosts

Challenge in games can take many forms. Sometimes these come from the deliberate game design choices, sometimes they’re thematic flavor based on what story is present, and other times it’s because the developers just might secretly hate you.

I have a strong feeling that the Ghosts ‘n Goblins series is a mix of all three of these.

Both in spite of and because of these things, depending on your point of view, the series has remained ingrained in players’ minds and stands as one of Capcom’s best-selling and most popular franchises. You play through all of these as the gallant Sir Arthur, a knight determined to rescue Princess Prin-Prin from the clutches of various demon lords. Super Ghouls ‘n Ghosts, the third of these games after the arcade original and its followup, keeps that simple story intact to take you on a journey through the Demon World Village — and beyond that, it just might shatter your self-esteem and sanity. 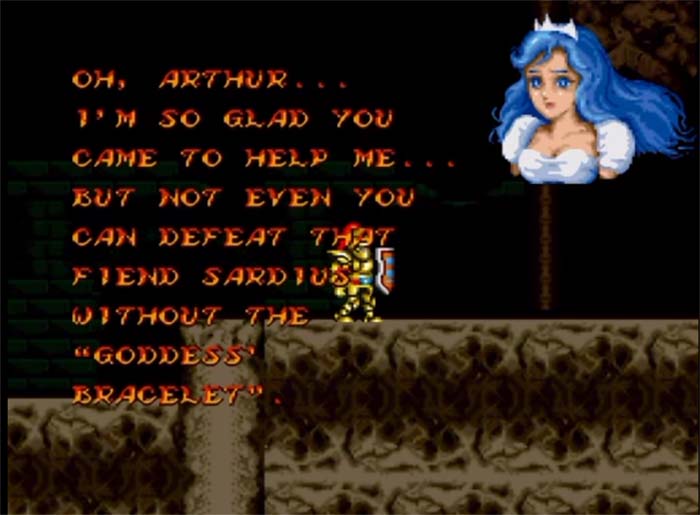 The thing about the series’ difficulty is that it’s all deliberate and intentional, and if you can let the natural and expected frustration die down, you can see how tightly the levels themselves are designed. Enemy placement feels cheap, but with enough experience and understanding you’ll be avoiding or defeating anything that stands in the way of your route. Admittedly, this doesn’t help you on a first (or second, or third, or etc.) run-through, which probably has something to do with how many quarters you were expected to feed into the original arcade titles. But when it came to Super Ghouls ‘n Ghosts, the entirety of it was made with a home console in mind. It doesn’t lose any of the edge, but the amount of practice you can put in, and the rewards from your efforts, come much more easily. It’s the kind of game you’re meant to devote yourself to for some time, demanding your attention and Arthur’s gallantry until the bitter end.

Then you have to do it again, because life is unfair and chivalry isn’t dead just yet.

Yes, one of the main hallmarks of the series is back with a vengeance. Once you defeat what feels like the final boss, you find a letter from the princess explaining that you require a particular weapon to take back the night and vanquish evil. The Goddess’ Bracelet is the key to victory, and the princess has hidden it. Somewhere. Yeah, the game doesn’t tell you. Which means it’s all the way back to the beginning of the game, exactly as it was when you went through the first time, in the hopes of discovering this divine jewelry. It’s the worst kind of surprise, but it’s the basis of what Ghosts ‘n Goblins is. It’s a reflection of duty, of peril, of thumb-straining difficulty that doesn’t care what time it is when you’ve finally reached the “end” or that you have other things you have to do. Prin-Prin’s still out there, demons are still running rampant and Arthur’s work is never done. 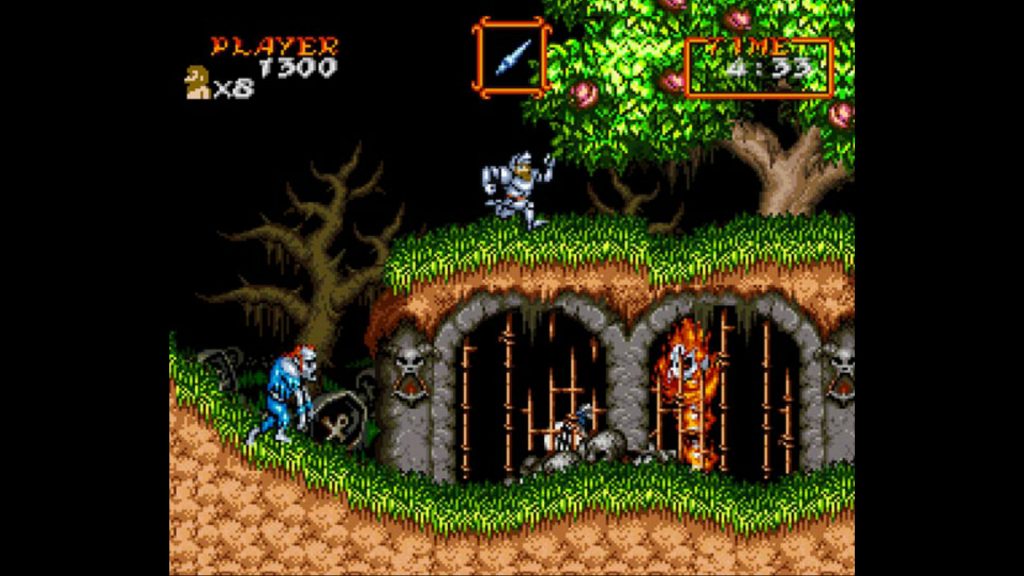 New to the series on SNES was a double jump, which you think would be a saving grace meant to correct any mistimed leaps or to better avoid enemies. It’s actually an easier way to get yourself hit because you have no means to control or direct yourself once you’ve committed to a jump. It’s slow, it’s floaty, and it’s going to mess you up again and again until you get the timing down to a science. Still, it’s deliberate in its implementation and does allow for greater maneuverability and greater control of the stage layouts. I wouldn’t change it one bit for the sake of the game’s balance and design, but that doesn’t mean I have to like it.

You’re also able to upgrade Arthur’s armor through various tiers of power. The Bronze Armor was brand new to this one and empowered the various weapons you can find in scattered treasure chests. More desirable and elusive is the Golden Armor, giving you access to a magical attack and a shield that can take one hit. That doesn’t sound like a lot, but in a game where, by default, one hit is a humiliating disrobe into your boxers and a second hit is death that’s going to make a difference. It’s once you understand the movement, the stage design, the weaponry — and that it’s all about your own wits and determination above all else — that you finally might have a chance to finally win the day. 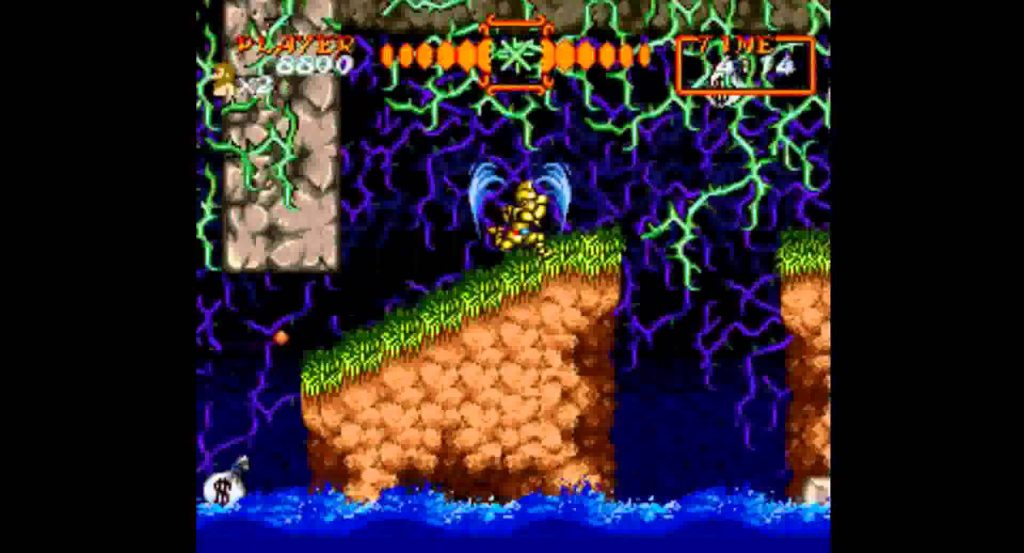 These days, staying up all night to play games with friends (more often than not) can mean multiplayer good times or online headset chats while everyone plays whatever they want. But back on the Super Nintendo it was all about passing the controller back and forth to try — and trying to get just a little closer to victory each time. Super Ghouls ‘n Ghosts is the perfect game for this, whether you’re competing to see who can do better or working together towards victory. I’ve already experienced plenty of nights working my way through this one with friends, and I guarantee it’ll happen again once the Classic Edition is safely in my hands. I can only hope that our Round Table of royal bravery and skill hasn’t dulled over the years, but even if it has, then it’s just a matter of doing it all again… and again and again.